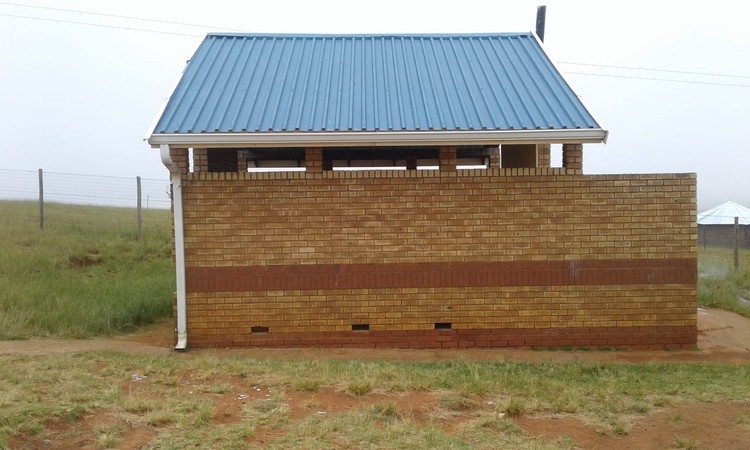 This is the men’s toilet at Luthuthu Junior Secondary School in the Eastern Cape where dismissed principal Lubeko Mgandela lost his cellphone in a pit toilet and asked a learner to search for it. On Wednesday, he pleaded guilty in court to child abuse and was ordered to pay a fine of R4,000 or face two years in prison. Archive photo: Johnnie Isaac

The former Eastern Cape principal accused of lowering a learner into a dirty pit toilet to retrieve his cellphone has been ordered to pay a fine of R4,000. This after Lubeko Mgandela pleaded guilty to a charge of child abuse in the Tsolo Magistrates Court.

Mgandela had forced a grade 6 learner from Luthuthu Junior Secondary to strip naked. A rope was tied around the learner before he was lowered to the bottom of the pit toilet to search for the cellphone. Mgandela had promised the child R200 if he found the phone. He later paid him R50 when he could not find it.

He was dismissed by the provincial education department after the community expressed outrage. During disciplinary proceedings, he was found guilty of gross misconduct.

Mgandela was first arrested in March and was granted bail of R2,500 on condition that he not interfere with witnesses and not return to the school.

At his appearance on Wednesday, he pleaded guilty to a charge of child abuse.

Magistrate Lubabalo Nakani said Mgandela’s conduct was not expected of someone who is a parent and could afford to buy another phone.

Nakani then ordered Mgandela to pay a fine of R4,000 or face two years imprisonment. He said half of the sentence would be suspended for five years on condition that Mgandela is not convicted of another charge of child abuse during that period.

Previous:  Covid-19 vaccines: Current challenge is not supply but using the available vaccines