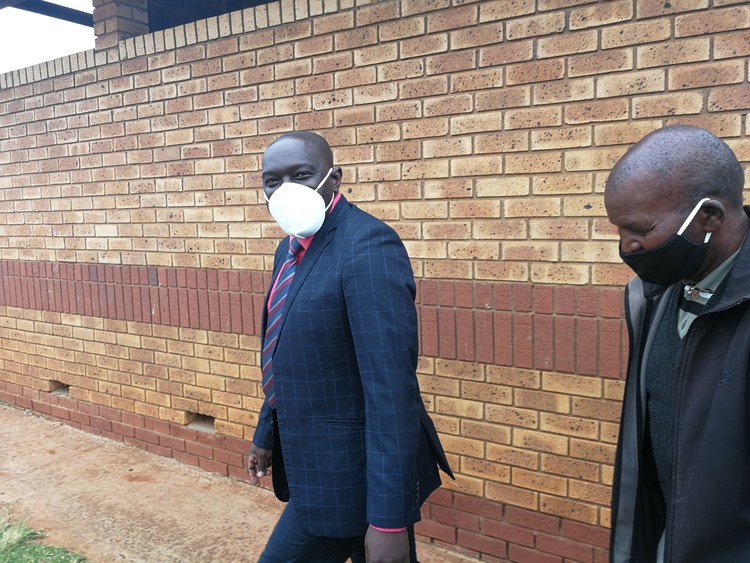 Eastern Cape Education MEC Fundile Gade on Wednesday visited the home and school of the 12 year-old grade 6 learner who was lowered inside pit toilet to search for his teacher’s cellphone. Photo: Johnnie Isaac

The Eastern Cape principal accused of lowering a grade 6 learner into a dirty pit toilet to retrieve his cellphone has been warned not to return to the school for the duration of the case.

Luthuthu Junior Secondary principal, Lubeko Mgandela, 49, made a brief appearance in the Tsolo Magistrates Court on 16 March and faces a charge of child abuse for the incident. A previous statement by officials stated that Mgandela could face attempted murder charges.

He was granted bail of R2,500 and part of his bail conditions include that he not interfere with witnesses and not return to the school. Mgandela is due back in court on 27 May.

Mgandela was also suspended following public outcry over the incident.

He said Mgandela had apparently apologised to the learner and his family but Gade insisted that the court process continue. “We need the Human Rights Commission to investigate this matter while the justice process is ongoing. We need to allow the law to run its course otherwise we will be setting a bad precedent if we allow the family to settle the matter on their own through apologies,” he said.

The school’s SGB chairman Albert Mpukane said Mgandela approached the SGB to report the incident and requested that SGB members accompany him to the learner’s home where he lives with his 75-year-old grandmother.

“This principal is not a first time offender. He has been suspended by the department before and we don’t want him back here anymore,” he said. Gwampa also demanded that the school’s SGB be dissolved. (GroundUp has not been able to confirm this.)

Why the “war” against bacteria is the wrong strategy