Reduced revenue and the increased cost of water supply infrastructure mean that the City has to raise water tariffs. This was the reasoning provided at a discussion hosted by the City of Cape Town on the proposed new water tariffs on Wednesday.

“If we used to sell 1,000 million litres [of water] a day but now we can only sell 500 million litres a day, we need to still cover the costs of the whole network,” said Gisela Kaiser, Executive Director of Informal Settlements, Water and Waste.

“So our costs are not a lot less than for 1,000 litres, but our revenue is now halved, so we actually have to double our unit cost,” said Kaiser. “And that’s really what we mean by having to increase tariffs just because our sales are down.”

Water usage in Cape Town dropped significantly over the past year, but Kaiser said this also meant that the City’s revenue declined.

According to the latest Water Outlook 2018 Report, the average water demand dropped by about 45% from February 2017 to February 2018. This “translates to a shortfall in revenue of nearly R2 billion in the current year”.

“People will see different tariff increases depending on how much water they use and whether they are domestic or industrial [users],” said Kaiser.

Indigent (low income) households, of which the report states there are about 268,000 in Cape Town, will not be charged for monthly water usage up to 10,500 litres. Using more than 10,500 litres will carry the same tariffs for all households.

Bertus Saayman, manager of financial and commercial activities for the Department of Water and Sanitation, said that people earning less than R3,500 would not be charged for monthly water use lower than 10,500 litres.

According to the report, the “new tariffs must be in place from 1 July 2018”.

A fixed charge has also been proposed by the City to cover the costs of the pipe network and the new projects to increase the water supply to the city. “The fixed cost for the whole pipe network is a lot more than the cost of the actual water that flows through it, and that’s why we had to introduce a fixed charge into the mix,” said Kaiser.

The fixed charge is calculated relative to the size of a household’s water meter. The report states that 95% of households have a water meter size of between 15 and 20mm, meaning that they will pay a fixed charge of R115 per month or less.

Saayman said that the size of a household’s water meter will be indicated on water bills from 1 July 2018.

“We do not work at making a profit,” said Kaiser. “The revenue that we foresee will cover our costs to provide water and sanitation services … Our revenue and expenses have to balance.” She said water had been “historically underfunded” and that the drought had made everyone realise the value of water.

The tariff proposals form part of the City’s 2018/19 budget. The new budget has not been finalised yet and will go to the City Council for approval on 30 May 2018. 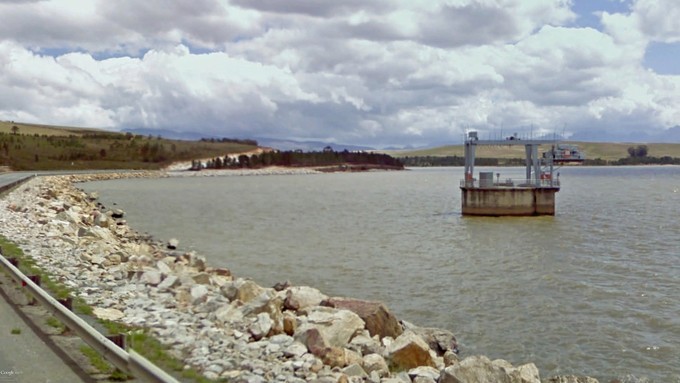 Previous:  Protesters call for head of UNAIDS to go

I belong to the group Water Shedding SA and have noticed that many pensioners with limited fixed monthly income will seriously be affected by the proposed new water tariffs.

Would the City consider a system whereby pensioners could apply for special pensioner tariffs based on their fixed monthly income for which proof would need to be supplied to City.

I really feel for fixed monthly income pensioners who are going to feel the affects of the new tariffs very badly and will have to go short on food for instance in order to find the additional funds to pay water bills.

Perhaps allowing all state pensioners a certain amount of water per month before being charged will also be a solution.

I look forward to your reply.

This % increase does not even factor in the new water meter monthly fixed tariff.
The knock impact on sanitation is also skewed.

So this is the stick to all who were asked to make extreme changes to save water and avoid the taps run dry.

To add to this all there will also be a monthly electricity meter fixed tariff as well.
I am not sure that this kind of increase can be tolerated by already burdened rate and tax payers.

Who or what in their right mind can expect a life's nessessity to be increased by as mentioned by 918% as water is, and expect to get away with it. We have already been penalised by an increase to R29.60/1000 litres.

Speak about extortion is putting it mildly. I say: Pay what you paid as at December 2017 and not a cent more. They cannot disconnect all the paying water payers (and I am saying WATER PAYERS) as this will really screw their finances and hopefully get them back to doing the job they should have done a long time ago an not wait for the proverbial to hit the fan then expect others to suffer for their incompetencies. Let them bite the bullet for a change and see if they enjoy it. Enough said.

Take a step back and put the whole water crisis under a microscope. Seriously, does Gisela Kaiser think if we pay more money they would be able to buy more water and fix the water crisis? How stupid can you be.

And that silly excuse why they had to increase the tariff. We are the ones who helped the government when they asked us to use less water, and by doing that, they penalised us. Water was not the problem, money was. They needed more money and for some reason we had a water crisis. Same goes for electricity. New thing now is the size of the water meter what next. Probably oxygen and "bling" on goes the light above Gisela's head.

I don't believe we ever had a water crisis, nor did we have an electricity crisis, its just a way of getting us to pay more money. If the government officials cared even half of what we are caring for this country, they would have donated half of their salary towards any crisis occurring in this country.