Elderly and disabled clients advised to use community libraries 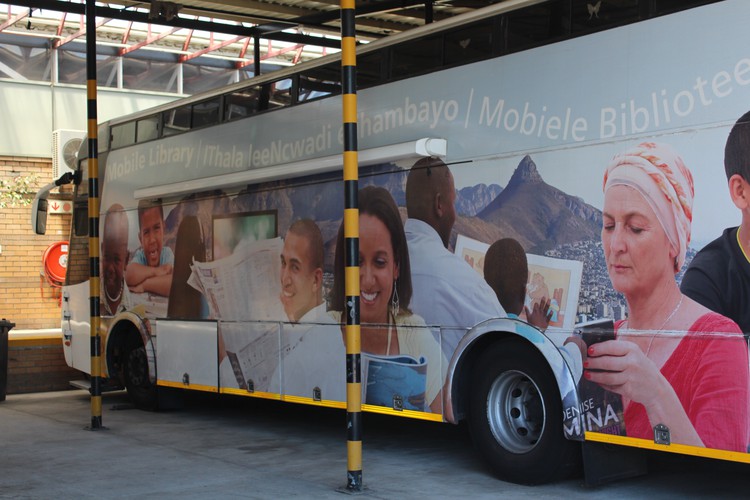 One of the three buses in the City of Cape Town’s soon-to-be-shelved mobile library fleet. Photo: Mary-Anne Gontsana

The City of Cape Town has decided to end its mobile library service, which serves a membership of 3,000. Zahid Badroodien, the City of Cape Town’s mayoral committee member for community services and health, said that this decision was due to maintenance issues and the aging of the library bus fleet.

The 60-year-old service provided basic access to library materials and photocopy services, and programmes such as storytelling and library orientation to areas in Cape Town which have no permanent libraries. Badroodien said people served by the mobile libraries should now make use of libraries closest to them. The mobile library service will be completely phased out by the end of April 2021.

According to Badroodien, the mobile service has been plagued with maintenance issues. In the 2019/20 financial year services were reduced or cancelled on 113 days due to the buses being serviced or having to be repaired, and the mobile library service had not been operational at all since March 2020 due to Covid-19 lockdowns.

“Of the fleet of three, two of the buses have more than 30 years of service with the third one being relatively new and in service since 2014. It is very unfortunate that we cannot continue the service due to factors such as the aging fleet,” said Badroodien. According to Badroodien, the operating cost for running the service for the year was over R8 million. Badroodien said due to the City’s current budget constraints there was no funding for a new fleet of buses.

The mobile library operates from a depot at the Ndabeni Library, and serves 28 stops in Mandalay, Heinz Park, Ottery, Lavender Hill and other areas.

He said province’s library service’s standard was that a community “must be within a 3 to 5km radius of a public library”. Most of the mobile library stops were less than 3km from a library, he said.

Asked whether the elderly and disabled would be given any alternative means to access reading materials, Badroodien said, “Community libraries are accessible to the local communities.”

When GroundUp visited the depot on Monday, the three buses were parked inside.

According to the City, 87 of the City’s 102 libraries currently allow walk-ins, drop-offs and collections, browsing and study access.

Badroodien urged those who still had items that they had borrowed from the mobile libraries to return these to their nearest libraries.

Next:  Covid-19: Ivermectin obsession is dangerous