City of Cape Town refuses to respond to activist prank

World-famous guerilla activists The Yes Men, together with local housing activist group Reclaim the City, followed up on Monday’s zombie rally with a spoofed press release email that looked like it was sent from the City of Cape Town. It was apparently sent to thousands of journalists across the world and all city councillors.

The message was written in the style of a City press release. Upon a first — and even a second — glance it looked exactly like a City of Cape Town email. The fact that it was a fake wasn’t obvious unless you looked at the email header information, which hardly anyone ever does when reading emails. (GroundUp came very close to falling for it and nearly updated our article on Monday’s protest. Some journalists expressed anger at a stunt like this being executed during the age of fake electronic news.)

GroundUp wrote to the City on Tuesday pointing out that there was one serious aspect to the spoof, “and that is the five policy changes that Reclaim the City are calling for”, and asking for comment on these five issues. City media manager Luthando Tyhalibongo responded: “We have communicated on these issues on multiple occasions and we will not be entertaining these false accusations and claims by Reclaim The City.”

Here is a screenshot of the fake email: 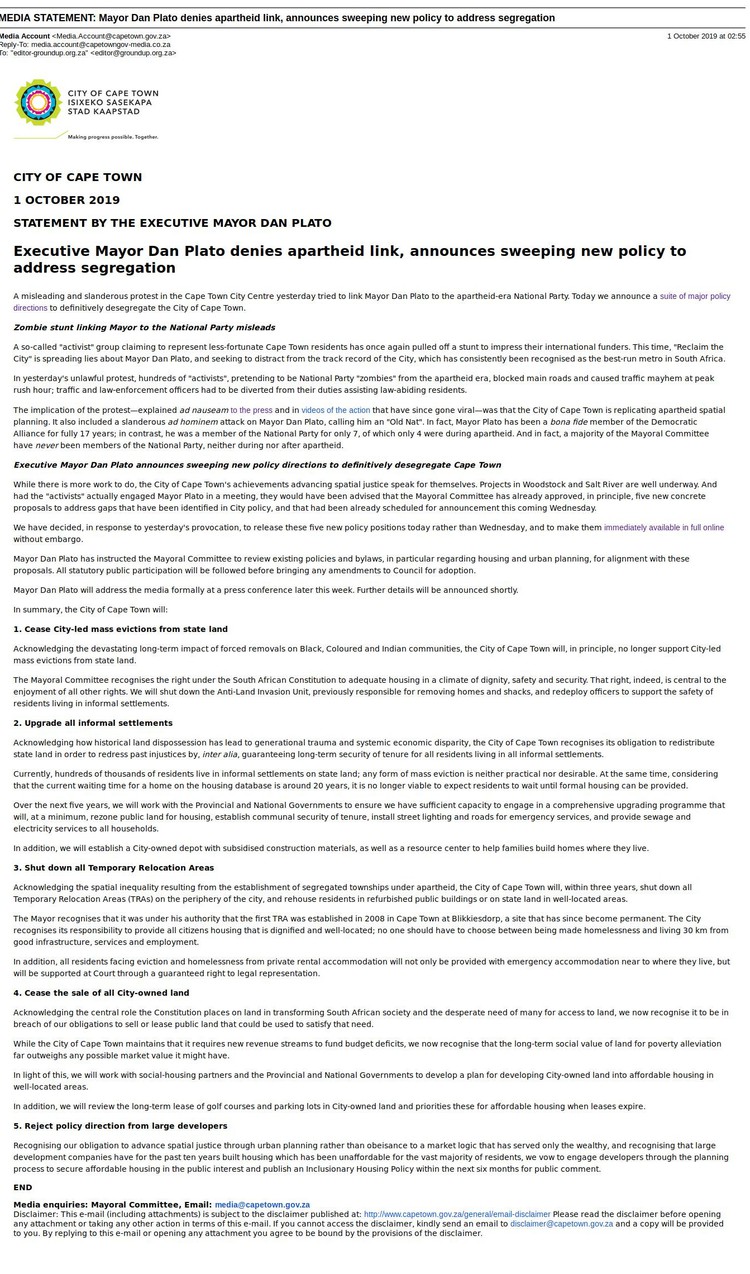