Over 800 people homeless after Vrygrond fire

Hundreds of people in Overcome Heights informal settlement, Vrygrond, were left homeless when their shacks burnt in a fire that started on Thursday afternoon. According to the City of Cape Town, 309 homes and 842 people were affected.

The City is providing starter kits to rebuild dwellings; removing fire debris, and the City’s electricity, water and sanitation departments are assessing the damage to restore infrastructure.

This is the third major fire in the past week in Cape Town informal settlements which have left thousands homeless. 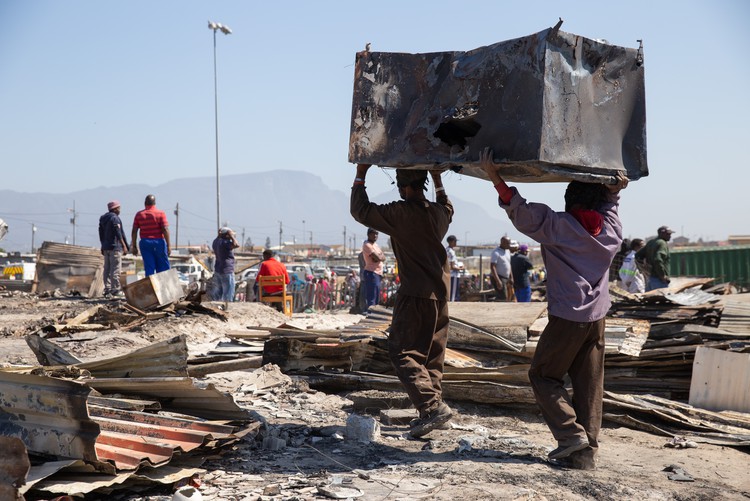 Residents carry out their burnt belongings.

Addressing the media at the scene the Western Cape MEC for Human Settlements Bonginkosi Madikizela said the Provincial government has already drawn up the Greater-Retreat Development Plan to improve access for Overcome Heights, Seawind, Lavender Hill and Vrygrond areas.

Madikizela wanted machinery to clear the area before the City distributed any materials, but residents refused to allow the caterpillar vehicles into the area. They feared they would be allocated smaller plots. 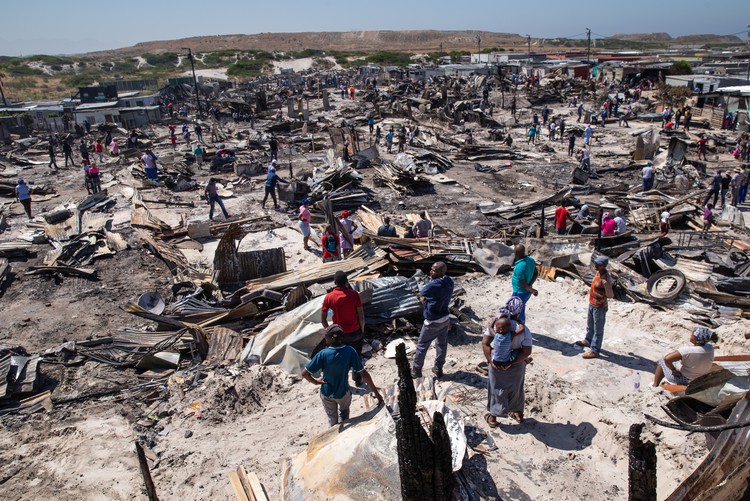 A large section of the informal settlement was gutted by the fire.​​​​

Zimkhitha Plaatjie, a community leader, said, “We appeal to the City to make available land that can accommodate us. There should be roads for easy access whenever there are fires.”

Nokuthuwa Klaas lost her microwave, refrigerator, clothes and food in the fire. “I am a domestic worker and my husband is a gardener. It will take time for us to acquire the same household stuff we lost in this fire. The money we get is very little; it is only sufficient for feeding the family,” she said.

Klaas said it is the third time she is a victim of fire. She appealed to the City to come up with plan for formal houses. 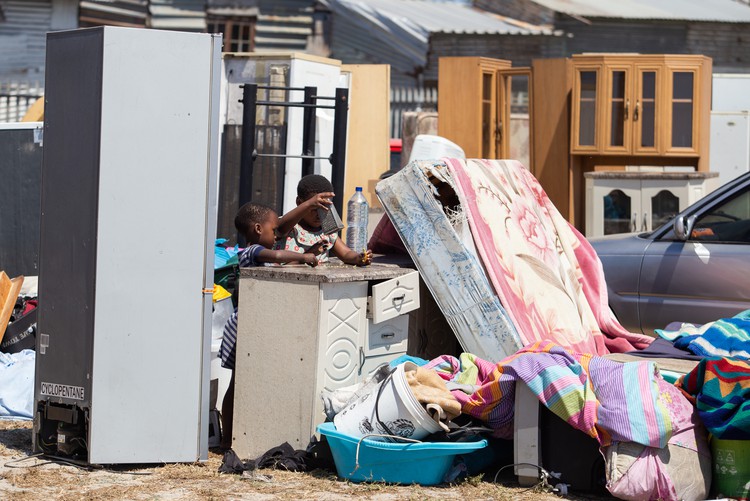 Some residents managed to save what little they have by moving it onto a nearby field.

Vuyani Nkumanda said, “When I noted the spaza shop next to my shack was burning, I tried pushing down nearby shacks so that the fire could not go beyond. It was too late. We had to give up. I called the fire brigade but they struggled to get through.”

“I am working at a company that can supply fire resistant substance. We can spray the substances on the building materials,” he said. 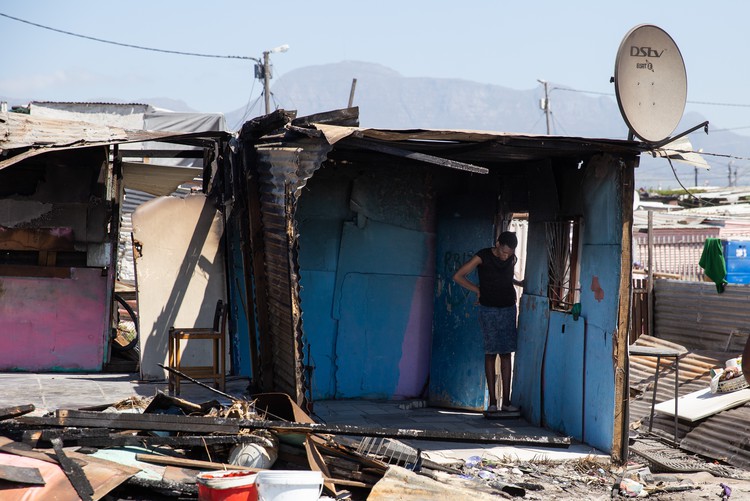 A woman weighs herself inside her burnt home.

Resident Given Zuko Ngejane, whose shack escaped the fire, said he believes there is no political will to put an end to fires in informal settlements. “When there is a disaster like this all we see is the ruling party in the Western Cape coming in, in numbers, and giving empty promises. This is not the first fire in the area and we know there is nothing new they will say to us,” said Ngejane. 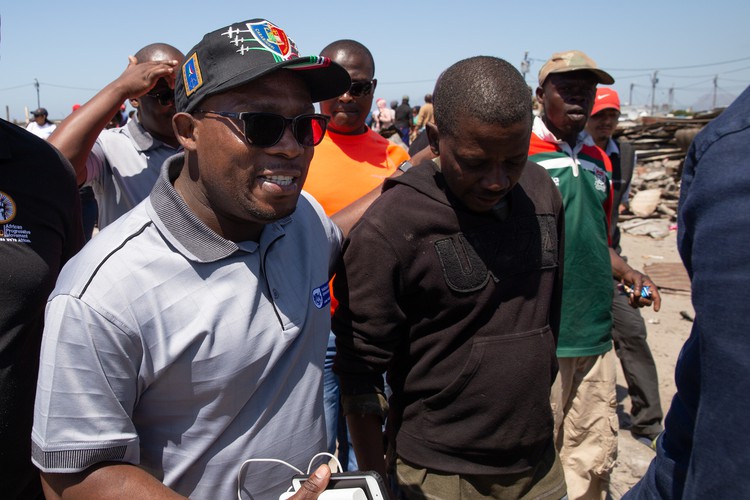 The South African Social Security Agency (SASSA), Gift of the Givers, the South African Red Cross Society, as well as some supermarket retailers are assisting with humanitarian relief. 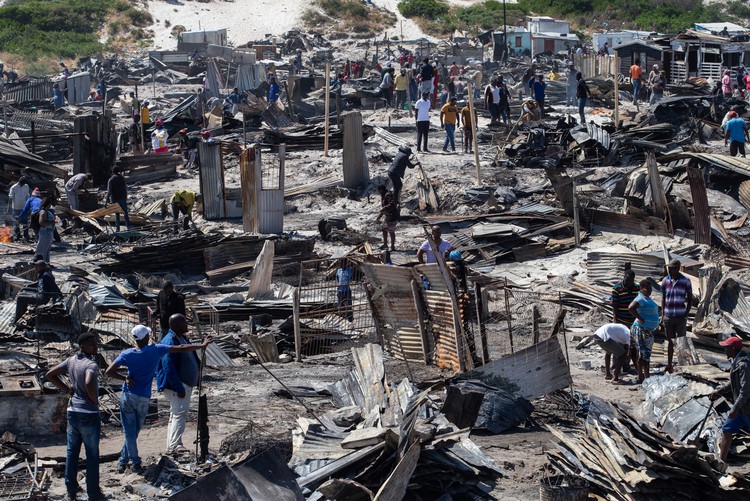 The Western Cape has seen numerous fires in townships in the past week including Khayelitsha and Philiippi.

Next:  Firefighters protest in Cape Town