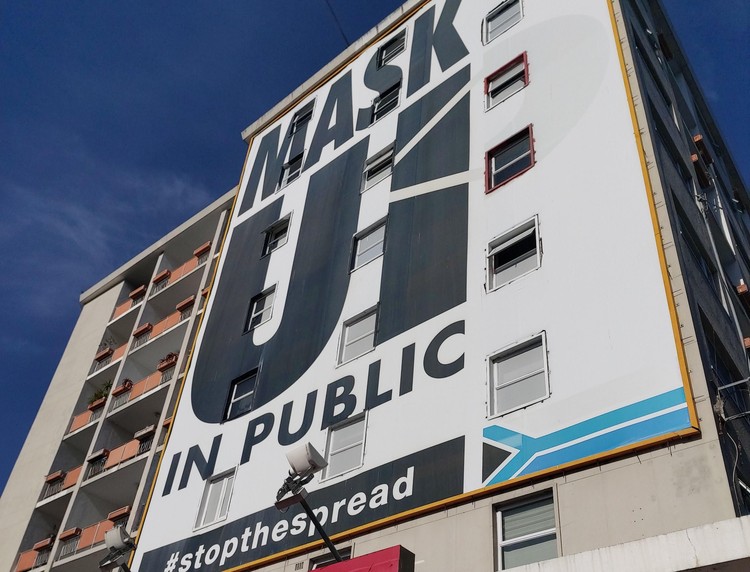 Currently, the sign on the wall of the Overbeek building at the top of Long Street reads: “Mask up in public”. Photo: Liezl Human

The enormous banner on the wall of a block of flats at the top of Long Street is a familiar sight in Cape Town. But a court has ruled that the signage - the South African flag, the words “Zuma must fall”, and more recently, the Covid instructions “Stay home” and “Mask up” - is illegal. The owner of the signs, Independent Outdoor Media (IOM), is appealing against the ruling.

Since 2016 the City of Cape Town has been trying to get IOM to remove the banners, which cover a full side of the Overbeek apartment building, above McDonald’s. The City says the signage contravenes the Outdoor Advertising and Signage By-law.

The managing director of IOM, Brent Dyssell, first started leasing space for advertising in 1999 from the trustees representing the owners of the Overbeek building. The use of the wall for advertising was approved by the City, but this approval expired a few years after.

In 2022 the Overbeek trustees took IOM to court. 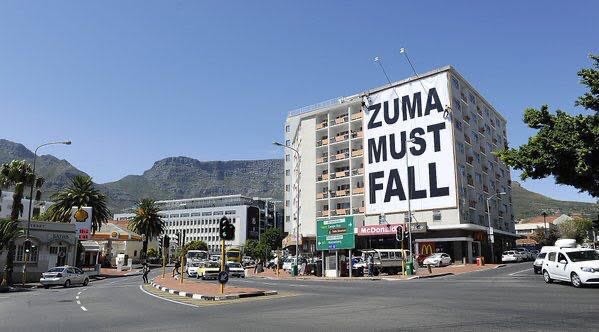 The sign reading “Zuma must fall” was put up in 2016 by Independent Outdoor Media soon after thousands of people marched in Cape Town calling for Zuma to step down. Photo supplied

The lease agreement with IOM had been mutually beneficial up until 2016, said Ian Gilfillan, the chairperson of the trustees. Then, in 2016 IOM put up the “Zuma Must Fall” banner. This prompted ANC supporters to enter the building and apartments and tear the banner down.

Facing possible legal action from IOM if they ended the lease, and from the City, which had ordered IOM to have the sign removed, the trustees decided to take the matter to court.

“Overbeek has recently received no revenue, and has had no say in the composition of any subsequent banners. These have mostly been non-commercial, but some have been commercial, and Overbeek has not received any revenue for these,” said Ian Gilfillan, the chairperson of the Overbeek trustees. 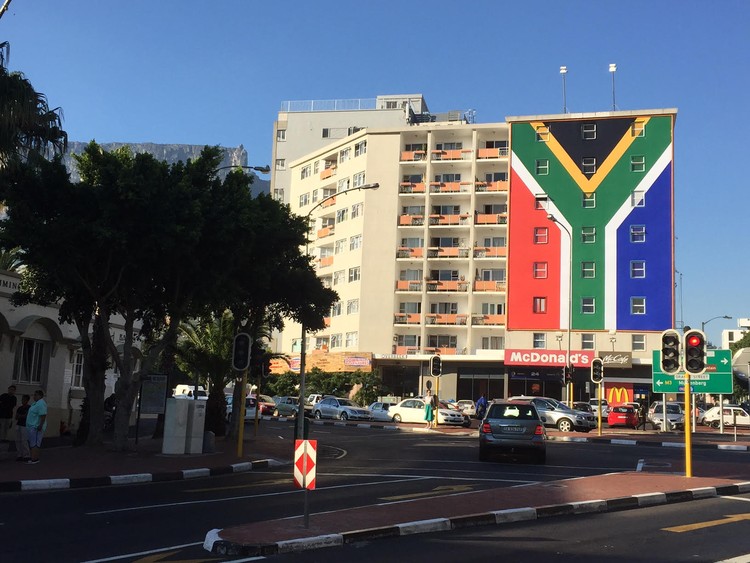 After the “Zuma must fall” sign was taken down, the South African flag was put up. This stayed for nearly three years. Photo supplied

In January 2022, the Western Cape High Court ruled in favour of the trustees, deciding that the banner was in contravention of the by-law and must be removed.

Dyssell argued that the by-law is void because the City first needed to obtain permission from the Department of Trade in terms of the National Building Regulations and the Building Standards Act.

The court found that this permission was not required and that the sign was illegal. Dyssell is appealing against the judgment. 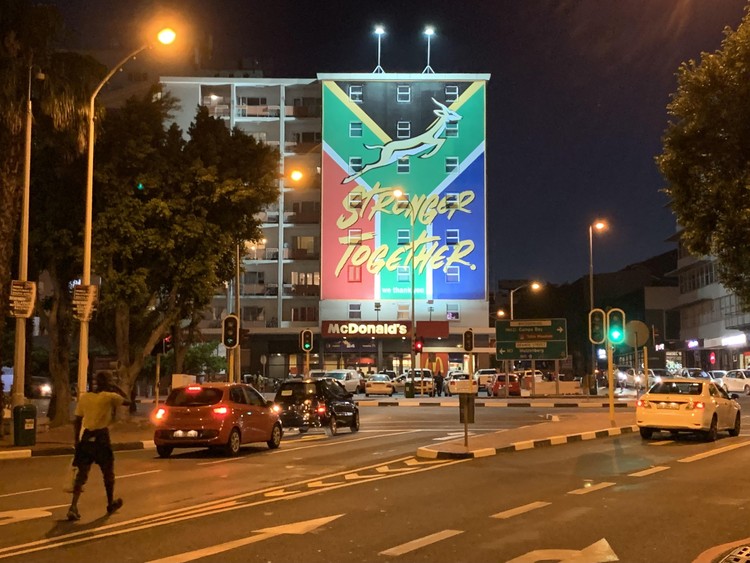 The sign depicting the SA rugby team’s logo was put up during the Rugby World Cup in 2019. Photo: Supplied

The City’s Deputy Mayor and Mayco member for Spatial Planning and Environment, Eddie Andrews, said in response to GroundUp questions that the Overbeek sign had been displayed with “flagrant disregard” of the City’s by-law.

“Each suburb has unique visual, historical and cultural value and appeal and we must protect and promote our city’s sense of place, heritage, scenic routes and tourist destinations,” said Andrews.

“Outdoor signage can benefit our local economy, but it must be located at appropriate locations, and this is why the by-law guides the City when we assess applications,” he said.

After the “Zuma must fall” sign was removed, IOM replaced it with a South African flag, which stayed up for nearly three years. The sign reading “Stay home” was put up just after President Cyril Ramaphosa’s announcement that the country would go into hard lockdown in the Covid pandemic.

“The impact of this particular sign is far greater than I’d ever imagined,” Dyssell said to GroundUp. He said the image of the “Stay home” sign had been used all over the news.

But, he said, soon after this sign went up, the City contacted him and said he had to remove it. 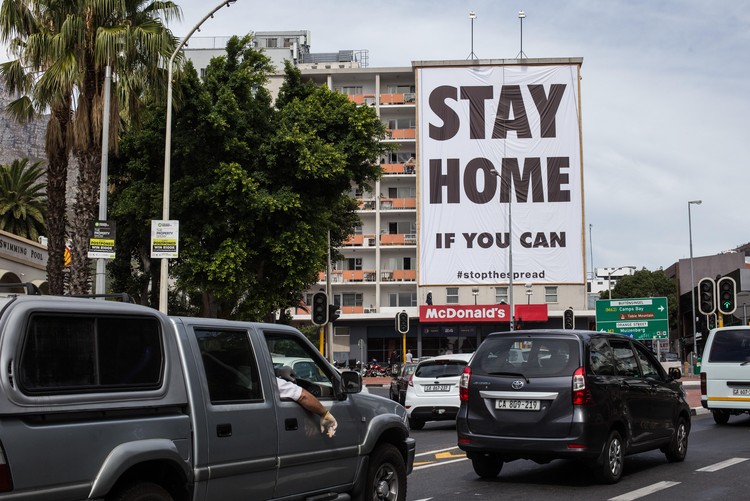 At the beginning of the Covid lockdown in 2020, the sign “Stay home, if you can” was put up. Archive photo: Ashraf Hendricks

Dyssell said that he submitted applications for the permit several times, but these were all rejected without providing good reasons. He said he couldn’t understand why the City didn’t permit the sign again.

He said the City had “engineered” reasons why the sign could not be approved, such as that it covered windows on the building, which is not the case. He said the “Stay home” sign was not advertising and fell into the category of community notices under the by-law, and that he was exercising a right to freedom of speech.

Next:  Self-defence vs murder: Concourt overturns conviction of man who killed police officer