The embattled railway agency’s service is not showing any signs of improvement. On 25 January​ ​​​​yet another train was set alight, this time at Century City railway station, leaving only 30 out of the 88 required train sets operational in the province (different sources give slightly different numbers here).

The shortage of train sets puts strain on the service during peak work travel hours, making for hazardous travelling conditions.

This has forced some commuters to use more expensive transport to get to work, such as taxis or MyCiTi bus. 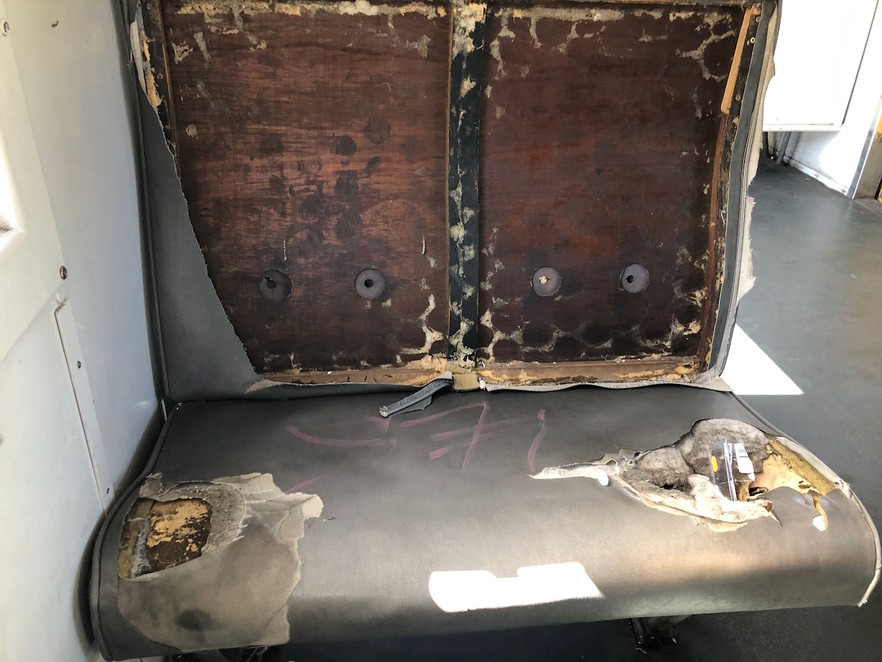 For remaining passengers forced to use the train, it is an uncomfortable experience. Many of the 32 operational trains have been extensively vandalised. Metroplus (first-class) carriages have whole seats ripped out, leaving nails sticking out. 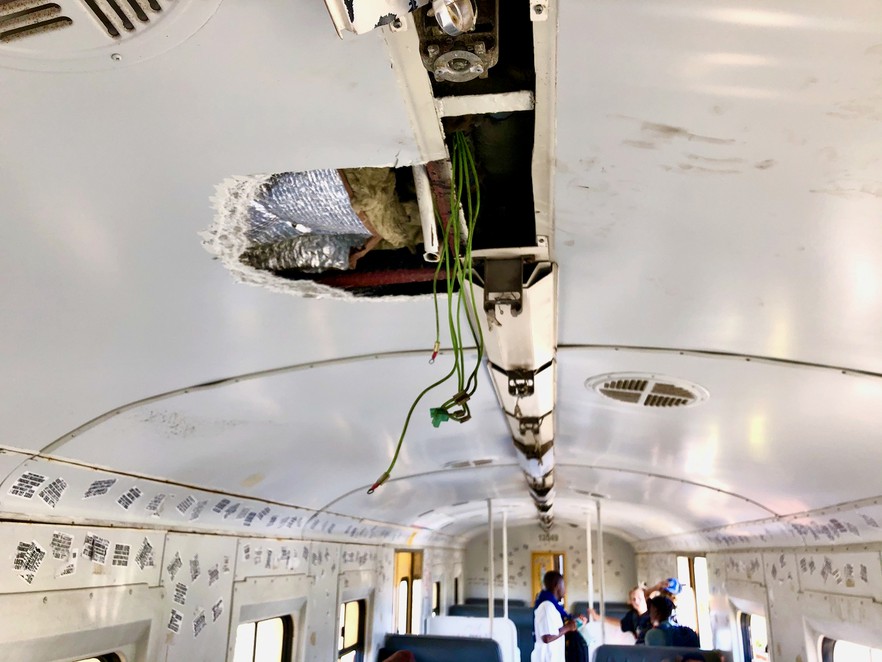 The lighting systems are often stolen, leaving exposed wires hanging from the ceiling, and frequently doors are permanently jammed open. 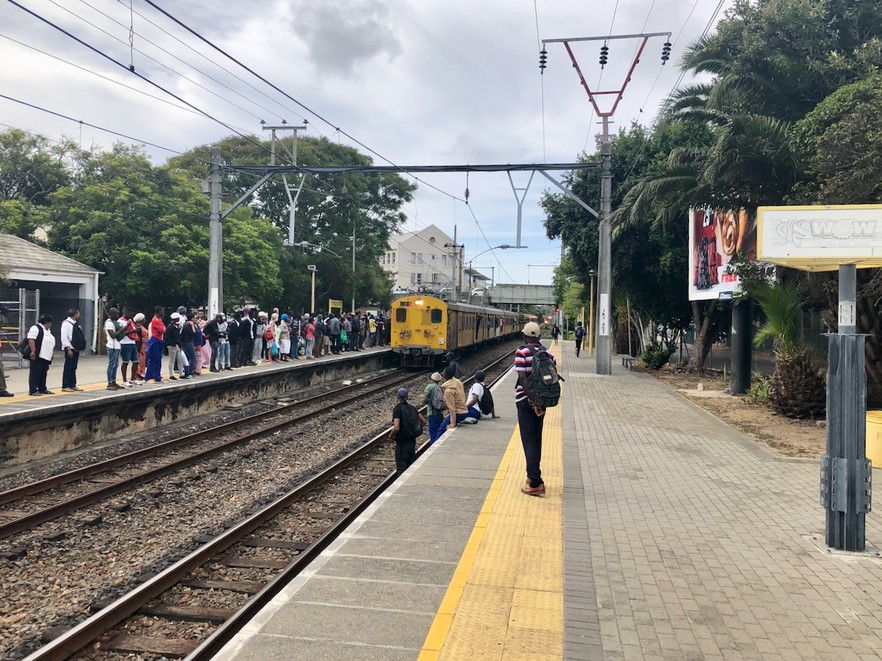 On 31 January a train travelling on the Southern Line from Cape Town to Simon’s Town broke down at 3pm, 200 metres before Rondebosch station. It did not move for an hour.

After it became clear that the train was not going to move, passengers on the broken down train started climbing off the train onto the train tracks.

Once they got off the train, they saw that a second train was coming in the same direction from Cape Town on the other track.

Over a hundred passengers started running up the tracks towards the station in front of the oncoming train, attempting to reach the station before the train arrived. 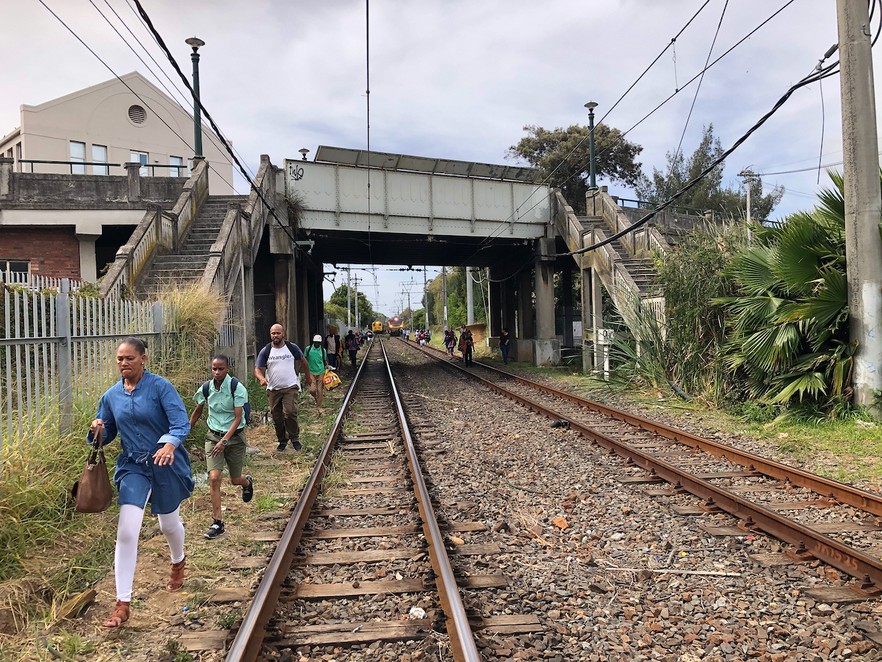 The train was forced to stop and wait for all the passengers to get off the broken down train and walk down the tracks onto Rondebosch station.

There were many young and elderly commuters who were forced to jump off the train, which is about a 1.5 metre drop. 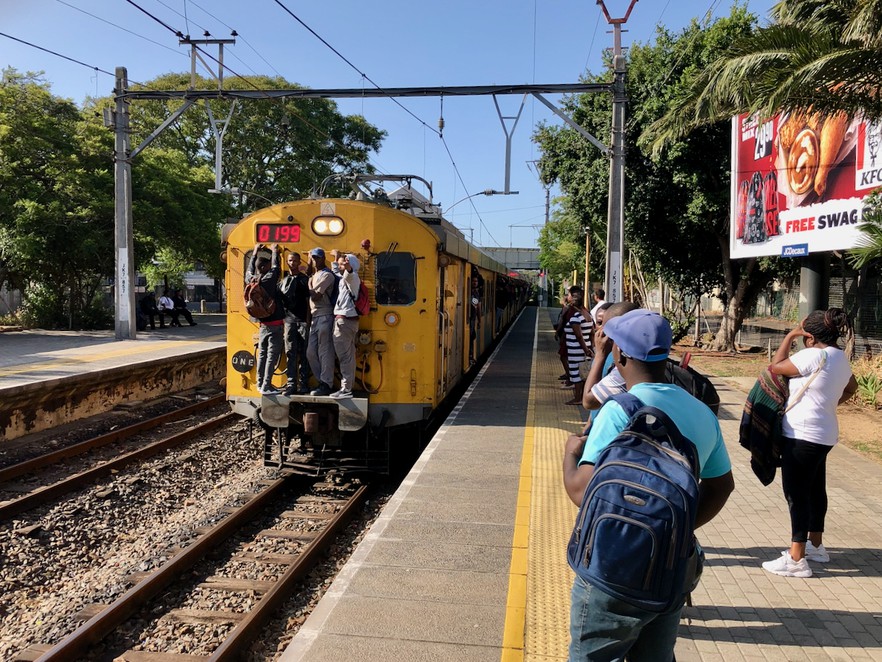 The station was chaotic and full. Eventually the second train started moving, arriving at Rondebosch at 4:30pm. It was dangerously crowded, and many people chose to wait for the next train, not wanting to risk their safety.

This is just one example of the kind of challenges that Metrorail commuters face on a daily basis.