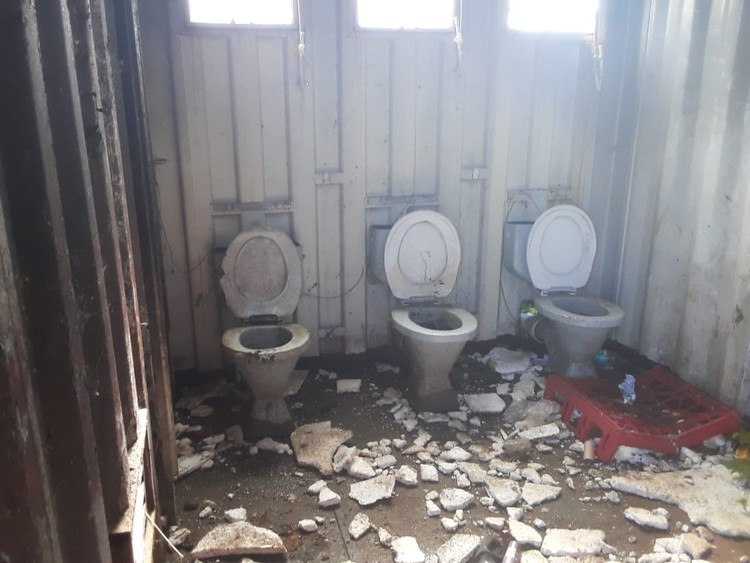 Ablution blocks in Blackburn Village informal settlement, north of Durban, are in a terrible condition. Residents say they are forced to relieve themselves in a nearby field. Photos: Nokulunga Majola

Residents of Blackburn Village informal settlement, north of Durban, are demanding that the eThekwini Municipality renovate their ablution facilities immediately.

Three people from the community were apparently bitten by snakes while relieving themselves in the neighbouring sugarcane field because the toilets are in a terrible state.

Khetho Ndlovu told GroundUp that he was on his way to relieve himself in the nearby field when he came across a snake last month. “I was shocked but not surprised because there have been reports of snakes in the area. What if a snake attacks a child?” asks Ndlovu.

Michael Mayela has lived in the Blackburn settlement since 2016. He says there are five ablution facilities in one section of the settlement. The other section has four.

Mayela says the ablution facilities are dilapidated, with broken toilet seats, and unsuitable for use.

According to the City, the ablution blocks are shared water and sanitation facilities in prefabricated containers “modified to meet acceptable standards by adding ventilation and appropriate plumbing”. These facilities generally have toilets and urinals for men, showers and laundry basins. One block often serves between 100 and 200 households.

When GroundUp visited the area last week, we saw broken pipes, sinks, taps and toilets in both men’s and women’s facilities. One of the ablution blocks had excrement strewn on the floor. Some people were still seen washing their laundry outside. At another block, dirty water was flowing out causing a terrible stench.

He said several campaigns had been launched to educate residents on the maintenance of the ablution blocks.

The toilets had now been closed for repairs and refurbishment, Mayisela said.

But according to Mayela, these ablution blocks have not been serviced in over three years. “One of these facilities is locked. Even though the others are open, no one uses them because there is either nowhere to sit or the place is too dirty to even enter.”

He acknowledged that blockages are often caused by people using newspapers instead of toilet paper.

Some families have dug their own pit toilets, but this too is not safe as a woman was nearly bitten by a snake at one of these pits last week. Housing movement Abahlali BaseMjondolo’s Thapelo Mohapi said one of three people who had been bitten by snakes in the sugarcane field had died. GroundUp has not been able to verify any of these incidents.

“We cannot continue to live like this, said resident Sinikelo Mbewana. “It seems like nobody cares about us.” 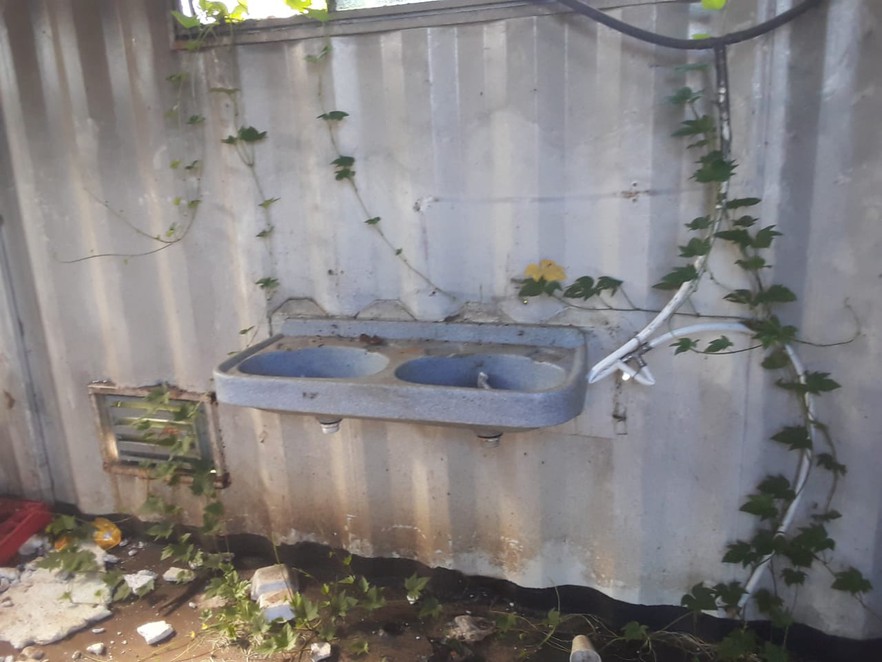 Next:  There’s another pandemic we should be focused on: antibiotic-resistant infections

Previous:  When must municipalities provide flush toilets in informal settlements? A court case may help answer this