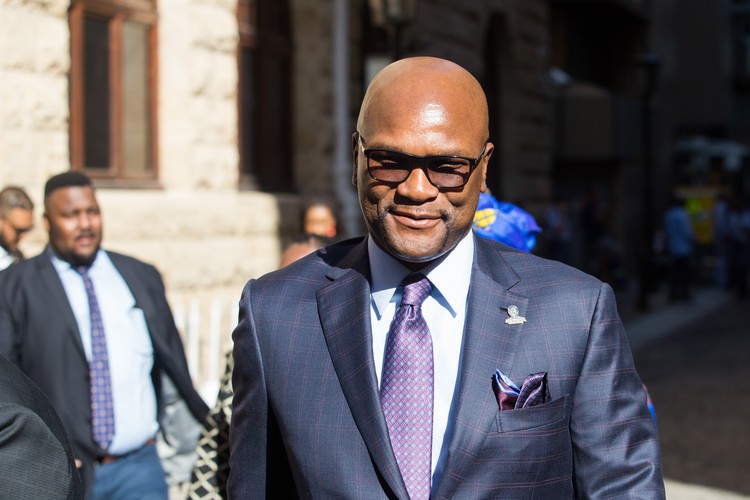 Minister of Arts and Culture Nathi Mthetwa attends the 2020 State of the Nation Address at Parliament in Cape Town. Archive photo: Ashraf Hendricks

An investigation by the Theatre and Dance Alliance (TADA) has revealed that National Arts Council (NAC) members benefitted unlawfully from the Presidential Employment Stimulus Package (PESP). Meanwhile many artists who applied were either unsuccessful or had their funding commitments reversed and amounts unexpectedly reduced.

TADA was launched at the end of March 2021 as a representative structure to advocate for the interests of the theatre and dance sector.

TADA released a report into PEPS funding this week. It says the timelines set for PESP were “unrealistic” while the “contracting of inexperienced project managers to assist with the PESP project contributed to the over-approval and mismanagement of the PESP funding”.

PESP funds for the NAC were confirmed on 27 October 2020. “The project, allocating R300 million to retain 7,000 jobs and create 10,000 new work opportunities was to be completed in its entirety by 31 March 2021,” said director of ASSITEJ South Africa (a theatre association) Yvette Hardie, during a virtual presentation of the TADA report.

Hardie said the project was set up for failure from the start because the NAC was required to allocate “more than three times its normal annual budget of R120 million” in less than half a year.

The TADA report however says the NAC acted negligently by lacking “a sound system with sufficient and appropriate checks and balances to monitor the allocation of funding by panels”.

According to the National Arts Council Act: “A member of the Council shall not vote or in any manner participate in the proceedings at any meeting of the Council nor be present at the venue where such a meeting is held, if, in relation to any matter before the Council, he or she has any interest which precludes him or her from performing his or her functions as a member of the Council in a fair, unbiased and proper manner.”

According to council meeting minutes, when stimulus package applications by council members were adjudicated, council members involved in projects were only told to step outside momentarily, and then they were invited back into the meeting.

Tshepo Mashiane, spokesperson of the NAC, told GroundUp that council members did not benefit from the stimulus package in their individual capacity, therefore there was no conflict of interest or unlawful conduct.

“These council members are members of organisations. The Minister of Sports, Arts and Culture sought legal opinion on the matter and the advisors found that the organisations had applied before the individuals were members of the council. There was no conflict of interest,” he said.

Mashiane said the NAC was conducting its own investigation into the matter. “The process of TADA’s investigation may have overtaken our own processes as a council. We are in the process of undertaking a forensic investigation which we hope will be finalised in the next two months. Claims about council members’ conflict of interest will also be investigated,” Mashiane.

According to the TADA report, the previous council over-allocated funding and the new council responded by unilaterally “cancelling the original contracts and cutting the funding of original grantees”.

“If new Council members participated in decisions around funding in which they had a direct interest and were present on the premises when such decisions were made, or even online since this is where decisions were made during Covid-19 lockdowns, they would have been in breach of the law so that the decisions taken would be legally invalid,” the report says.

Artists responded to the NAC’s decision to cut funding by staging a month-long sit-in at the council offices in Newtown, Johannesburg.

Mike van Graan, coordinator of the Stand Foundation and an executive committee member of TADA, called for transparency in ensuring that those responsible for the “PESP mess” are held accountable.

“National Treasury and the Auditor General must investigate the mismanagement. Those found responsible or complicit should be banned from holding public office in the future for at least four years,” Van Graan said during the virtual presentation.

The recommendations in the report also include a call for the President, the Department of Sport, Arts and Culture, and the National Treasury to be held accountable for the unrealistic time frameworks they imposed on the NAC and, consequently delaying the rollout of the stimulus package.

The report also recommended that the Minister of Sports, Arts and Culture be fired for failing to extend the term of the previous council until the end of the PESP project.

Next:  Kraaifontein shack dwellers flooded out of their homes