“All we want is to see the government collect the rubbish”

Streets lined with refuse bins of uncollected garbage have become a common sight in KwaNobule, Uitenhage.

On Tuesday, more than 50 streets in ward 47 had rows of stinking rubbish bins waiting for the municipal garbage truck. Residents have been wheeling their bins in and out of their yards for three weeks in the hope that the garbage will be collected.

Resident Mimi Vumazonke said on Thursdays 15 March, 28 March and 4 April, litter was not collected in ward 47. “They skip a week or two without collecting it.“

“Animals such as dogs, pigs and donkeys are lured to these bins which they topple to get food and leave a mess,” she said.

Vumazonke said, “Normally, they collect refuse as early as 7am every Thursday.”

She said what angered residents was the lack of information about when the problem would be fixed.

Some residents have taken to dumping their garbage on open land.

Resident Ayanda Tys said, “The government doesn’t care about us. All we want is to see them collect the rubbish.”

Spokesperson for Nelson Mandela Bay Metropolitan Municipal Mthubanzi Mniki said that there was only one truck for the ward 47 area and it had broken down.

“Refuse collection will be delayed in certain areas of KwaNobuhle due to the truck breakdown. Teams will wait for an available truck.” 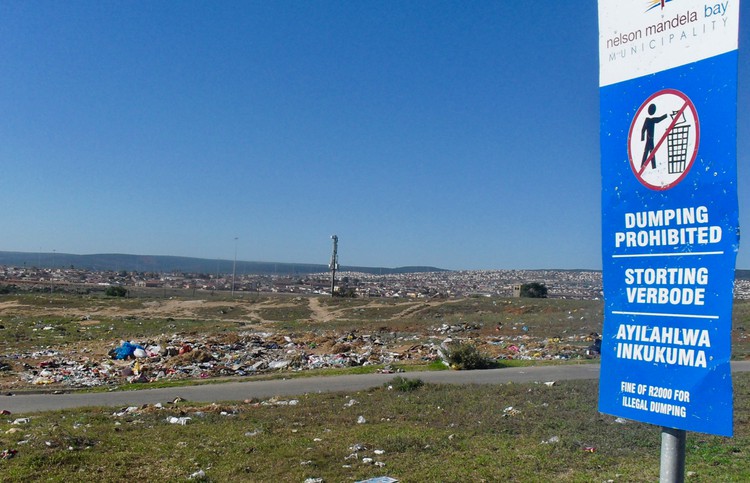 Some residents have taken to dumping their garbage on open land.

Next:  Learners at Limpopo school for the blind stage protest, block roads