After five days without electricity residents protest at councillor’s home 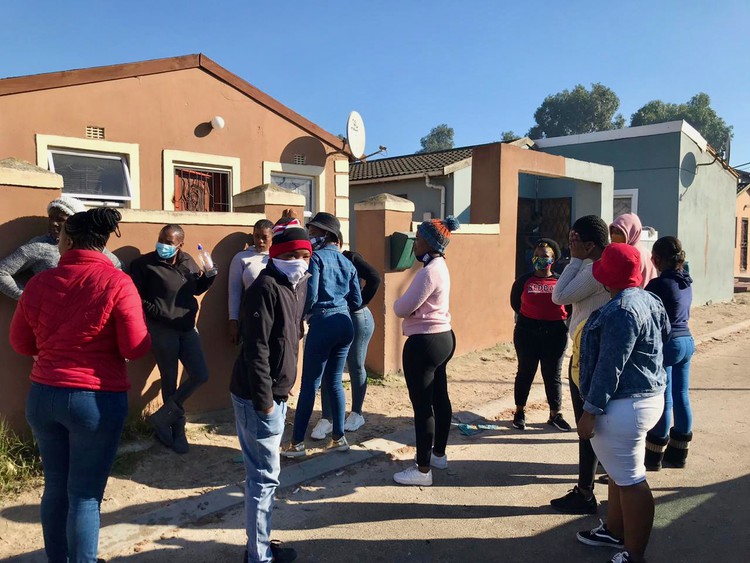 More than 50 residents from Hlazo Village in Nyanga, Cape Town, protested outside the house of their ward councillor on Monday because they have been without electricity for the past five days.

Sanelisiwe Hlazo, a community leader, said: “We have been asking for assistance from our councillor but he has been too busy to assist us.”

“He was elected to lead us … so when he fails to do so it is our right to go where he stays and show our disappointment,” she said.

She said the problem was caused by illegal connections and Ward 37 Councillor Luyanda Nyingwa (ANC) should intervene. “Instead he told us to solve the problem ourselves,” said Hlazo.

But Nyingwa said he said no such thing. “What they did traumatised my family, not me, because I am used to these things. But they are not telling the truth, as I told them they are also responsible to report anyone who connects illegally because they are the Eskom clients,” he said.

Nolonwabo Mahintsho, a resident, said they reported the outage to the Civic Centre after the councillor “ignored us”. “We were told by some officials that the councillor needs to get a letter from the police station so that things become easy for Eskom to cut illegal connections,” said Mahintsho.

“I don’t know who they met,” said Nyingwa, “but Eskom is the only one that can open cases against people who are connecting illegally.”

He said the protesters arrived outside his home at 9:30am. “I was shocked,” he said. He then went with them to the police station to demonstrate that they had been given incorrect advice.

“If he is lying, then we will continue visiting his home until we get our electricity back”, said Mahintsho.