Bheki Cele did a walkabout of Lavender Hill on Friday

Minister of Police Bheki Cele did a walkabout of Lavender Hill on Friday morning to hear the concerns of residents.

“I want to know why the minister is only coming now,” said resident Ridwaan Abrahams.

Once the minister has left, he said, “It is back to normal … Shooting goes on. Gangsters do what they want. Drug lords do what they want … We’re living in fear. They [the police officials] are sleeping nice at night.”

Abrahams has lived in Lavender Hill for 27 years. His wife, three children and four grandchildren stay with him. “You can’t send your children to the shop. You must be careful when they go to school in the morning … There is no free South Africa for us.”

Abrahams said that he was not going to vote in the May elections.

The Western Cape has the highest number of gang related murders in the country. By the end of February over 40 people had been killed in gang related violence this year in Bonteheuwel and Mitchells Plain alone.

Resident Jennifer Erasmus told Cele, “We can’t go out … even in the morning. You don’t know if you’re going to come home alive.”

Erasmus said her sons were raped and forced to join a gang. She no longer has contact with them. After talking to the minister, Erasmus was given telephone numbers of police officials. She said she was thankful that Cele had come.

Lindsay Langeveldt said the father of her baby was accused of being a gangster, chased and gunned down after visiting his parents’ home. “But he wasn’t,” she said. “He was just a barber.” 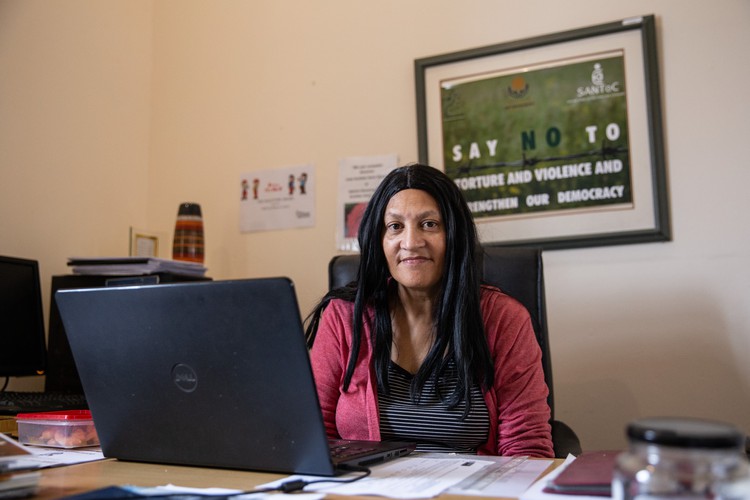 “Violence is complex,” says Valdi Van Reenen-Le Roux, Executive Director of the Trauma Centre for Survivors of Violence and Torture. She says it cannot be solved by policing alone.

“Violence is so complex”, explained Valdi Van Reenen-Le Roux, Executive Director of the Trauma Centre for Survivors of Violence and Torture. “SAPS is merely reacting.” What needs to be addressed, she said, is the systemic, psychological, religious, cultural and structural context.

“Things like exclusion, poverty and the [legacy of the] Group Areas Act … exposure to violence at home, in the streets, at school and on TV,” she said.

“All we see are these scoundrels. We don’t actually go and look at what is behind this,” said Van Reenen-Le Roux. “Gang violence arises out of the need to have economic survival. It’s about an alternative economy.”

Instead of simply reacting to the violence, we need to be looking at violence prevention,” she said. “How can we continue to spend these billions of rands on child safety, countering violence, and still see no tangible progress?”

After the walkabout, Cele told the media that the complaints he heard were about safety, a lack of personnel at the police base camp, and not enough street lighting. Cele said that the commissioner and he will be looking to rectify this.

He said that the provincial commissioner identified key hotspots where the anti-gang unit will be stationed for longer times. One of those areas is Lavender Hill. 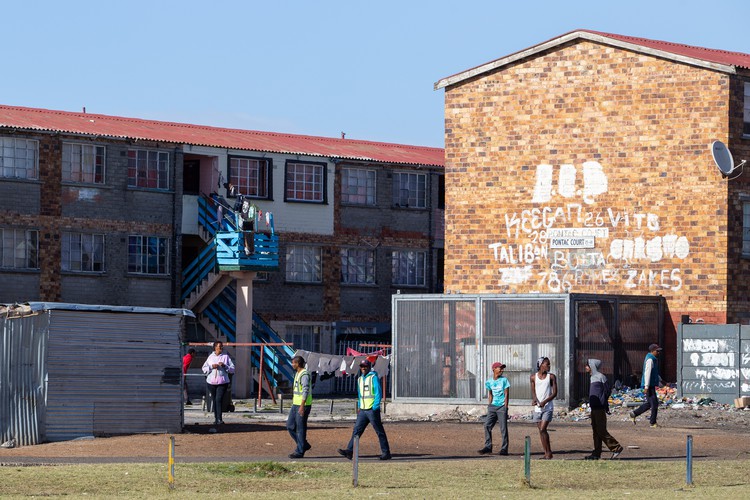 Lavender Hill has long been a hotspot for gang violence. The Western Cape has the highest number of gang related murders in the country.