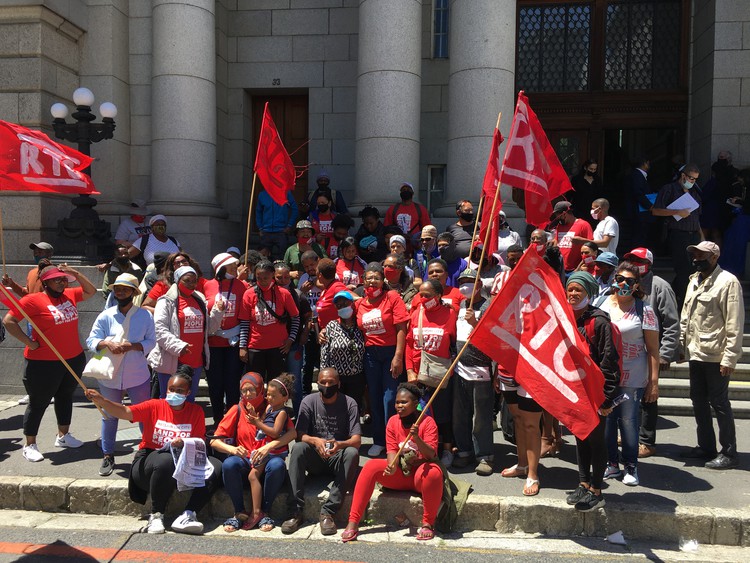 An application by the Western Cape Provincial Government to appeal the recent landmark Tafelberg judgment has been rolled over until early 2021. Photo: James Stent

An application for leave to appeal the recent landmark Tafelberg judgment has been rolled over until early 2021.

The application brought by the Western Cape Provincial Government on Friday was postponed by Judges Patrick Gamble and Monde Samela.

On 31 August, Judges Gamble and Samela set aside the Province’s sale of the former Tafelberg Remedial School in Sea Point to the Phyllis Jowell Jewish Day School in November 2015 for R135 million and the Province’s subsequent decision in March 2017 not to withdraw the sale. This follows years of activism led by activist group Reclaim the City (RTC) and Ndifuna Ukwazi.

The judgment was hailed as a victory for land and housing activists, as it recognised a need for the development of social housing on well-located parcels of land in the city.

In September, Premier Alan Winde indicated that the Province would ask for leave to appeal aspects of the judgment. Reclaim the City and Ndifuna Ukwazi also said they would oppose such an application.

Winde said: “The Phyllis Jowell Jewish Day School have indicated to us that they do not intend to pursue their rights under this contract of sale any further - a decision which we believe will result in the mutual termination of the sale agreement and the return of the property to the Western Cape Government’s property portfolio.”

While the Phyllis Jowell Jewish Day School is not appealing the Tafelberg judgment, the withdrawal agreement referred to by Winde has not been finalised.

Advocate Eduard Fagan, for the Provincial Government, said that while the agreement was still in place, it “probably” would no longer be by the time the case reached the Supreme Court of Appeal. Fagan also asked the court, for the purposes of the hearing, to assume that the sale had been cancelled. He said that there were “suspensive conditions” on the agreement to terminate the sale that would likely take time to conclude.

Judges Gamble and Samela said that in order to consider whether to grant leave for appeal, the correct facts needed to be before the court. They postponed the application until the first term of 2021.

Activists from Reclaim the City gathered outside the court. Speaking to GroundUp outside the court, Mandisa Shandu, director of Ndifuna Ukwazi, said that it was difficult to make sense of the uncertainty around the status of the termination of the sale.