150 people use one woman’s toilet

“I feel for her. If it was someone else, they would never accept what we are doing.” 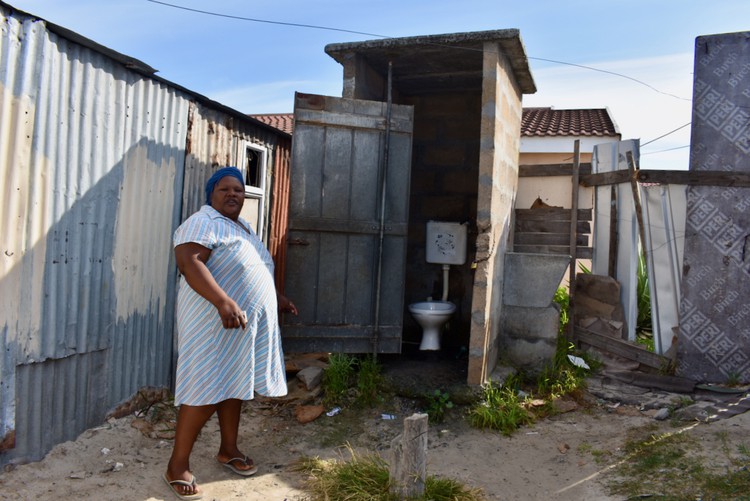 More than 150 residents at the AT informal settlement in Khayelitsha, Cape Town, are using the outside toilet of Nolusindiso Xaka which stands next to her house.

“They have nowhere to go,” said Xaka. “Sometimes they queue as early as 5am.”

“I have the responsibility to make sure the toilet is clean but since there is coronavirus I am afraid since I do not have sanitisers. I usually give them water mixed with vinegar to wash their hands,” said Xaka.

“I wish the City would build toilets for them because I cannot keep on providing such a service to a big number of residents,” she said.

“We can’t stay at home as per the lockdown regulations because we don’t have toilets. We are forced to come and meet here in numbers,” said resident Namhla Mathandabuzo.

“Everyone comes here – kids, men, and women. The City needs to build us toilets before we get sick”, said Mzukisi Nqetho.

“Even if they give us Mshengu toilets we will gladly accept it, because I feel for Xaka. If it was someone else, they would never accept what we are doing,” said Asanda Mniki.

AT informal settlement has existed since at least 1993, according to residents.

She said Kopman will follow up with residents to see if they would reconsider accepting chemical toilets. 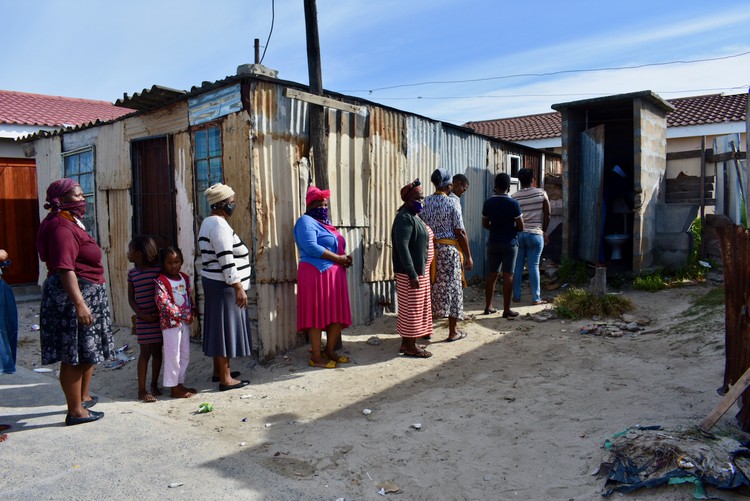 “Sometimes they queue as early as 5am,” says Nolusindiso Xaka

Next:  Evictions: When is a shack occupied and when is it not?

Previous:  Here’s what the models predict about Covid-19