Nearly 70% of the province’s roads are still gravel 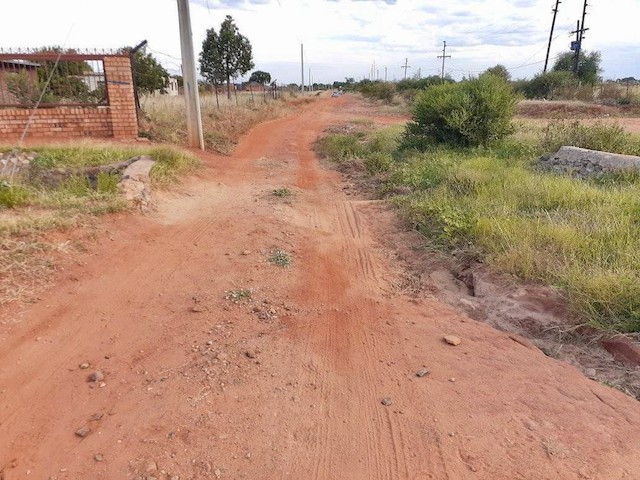 Yet across the province, many villagers have been waiting since the dawn of democracy for their roads to be tarred. Only 31% (6,263km) of Limpopo’s roads are currently tarred.

RAL intends to prioritise roads in Capricorn district, because the Province has for years overlooked road infrastructure in this district. Gravel roads in the district, which includes villages such as Mphahlele, Senwabarwana and Zebediela, are in extremely bad condition.

In the village of Zebediela, for instance, a section of Rakgoatha has a main road so bad that residents have to use other roads to go about their business.

“We have to take long routes to get to Lebowakgomo or Mathibela,” says Tefo Nthlane, a resident of Ga-Rakgoatha, a village with a population of 6,179 in the 2011 census.

The Rakgoatha gravel road (D3608) starts and connects from the tarred road of Makweng village, and then moves across all sections until it connects to the R158 (the Lebowakgomo route), which takes people to the nearest work places and shopping centres.

From Rakgoatha to Lebowakgomo shopping centre is just 15.7 km, about 20 minutes drive, but due to the poor condition of the road, many motorists and taxis use the Moletlane tarred route which is 22km.

The road is potholed, has no drainage system and high grass on the verges.

For years, residents of Rakgoatha hoped that RAL, which took over the operations of province’s roads from the district municipalities in 2000, would tar the road.

“It has been over two decades since we were told the tar road is coming. The lack of feedback or progress update is also another issue. We don’t know what is blocking the implementation of the road,” said Nthlane.

The condition of the road also affects the local school. Learners from Befful section, whose primary and secondary schools are at the other end of the road sometimes stop going to school because the summer rains make the road impassable.

A tribal official, who asked to be anonymous, said, “The road was supposed to have been tarred years ago because we were once told by senior officials from the municipality that the road had been allocated a budget.”

To makes matters worse, villagers complain that Lepelle-Nkumpi local municipality tarred a street that runs past the house of a former ward councillor before tarring the main road. But the councillor had support for the project and it is a busy road.

When asked whether the community of Rakgoatha will have their roads tarred any time soon, RAL spokesperson Maropeng Manyathela said “all decisions for upgrading of roads are taken by the provincial government based on the province’s strategic imperatives and needs. Those decisions are then communicated to RAL by the MEC.”

According to RAL it needs R2.8-billion to complete prioritised incomplete roads of 289km; R3.9-billion to fund the paving of 397km of roads categorised as “prioritised political commitments”; and needs to source R10-billion to finance prioritised 1,004km of road paving projects “in hotspots”.

Next:  Activists and learners clean up Mfuleni wetland