Call for sex offender list to be made public 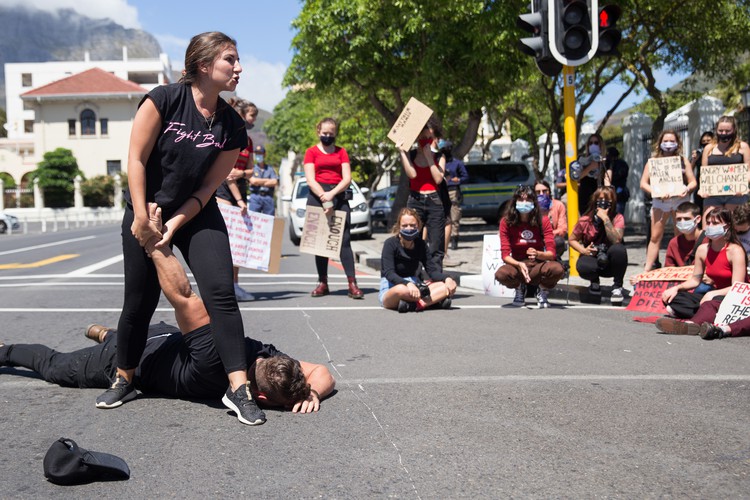 “I will not be next”, “We’re done being afraid” and “Femicide is the real pandemic” were some of the many banners on display on Saturday morning during a protest against gender based violence (GBV) outside Parliament in Cape Town. “What do we want? Justice! When do we want it? Now!” chanted some of the protesters in unison as cars driving by hooted in support.

The protest of about 150 people was organised by anti-GBV groups and is a part of the 16 days of activism campaign.

Venetia Orgill, an ambassador for SA Women Fight Back, came to the protest wrapped in chains and police tape. Orgill told us that two of her grandchildren have been victims of violence. After three years the court cases are still ongoing. Orgill called the court system “bullcrap”.

“We as families of victims have to live with this hurt, this pain, this … not understanding of what is going on. And the perpetrators can go on with their lives. They can laugh and they can smile but we as families and victims are not getting closure,” she said.

“It’s difficult on the girls,” said Orgill as the alleged perpetrator can still be seen around the neighbourhood. 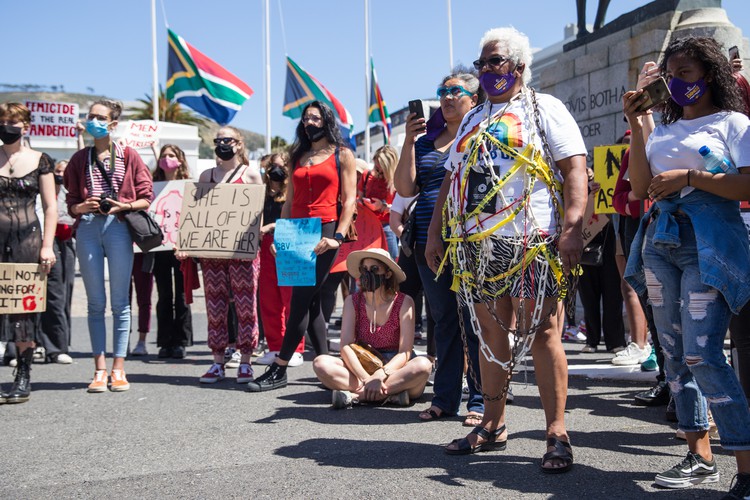 Bronwyn Litkie, the founder of SA Woman Fight Back, said that for things to improve, mobile courts and harsher sentencing is needed. “A murderer should go to jail for life,” and not 25 years, she said.

Even though there are frequent GBV protests, Litkie said that it is important to continue. “Protest gives people a voice, especially people who have been through gender based violence. It’s empowering,” she said.

On 4 September 2019 thousands protested against GBV in Cape Town and Makhanda. 11 were arrested. The next day President Cyril Ramaphosa met with protesters, promising that action would be taken. The protest started after University of Cape Town student Uyinene Mrwetyana was raped and murdered in a post office. In June, a group again protested, calling for action against GBV.

“Gender-based violence, patriarchy, misogyny, queer-phobia, and hate must fall. South Africans are entitled to safety and security … without fear of violence and abuse.,“ said Sascha Warton-Hood, reading a memo to the crowd. (There was no one available at Parliament to collect the memo.)

One of the demands was for mandatory workshops on consent, sexual harassment, assault, and abuse in institutions. The protesters also called for free menstrual sanitary products, the abolishment of bail for sexual offences and that the National Register for Sex offenders be made public. 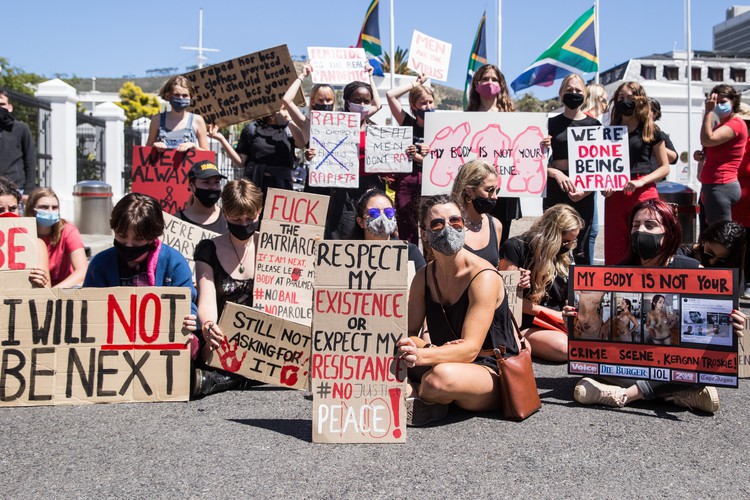 About 150 people participated in the protest. Photo: Ashraf Hendricks