Xenophobic violence spreads to Alexandra - where it started in 2008

“I don’t think I can stay here anymore. It is not safe and this happens every year” says Bangladeshi shop owner

On Tuesday morning, immigrant shop owners in Alexandra were salvaging what was left of their stock after a group of unidentified people looted and burnt their shops overnight.

The streets were covered in rubbish and rubble when GroundUp visited the area. 2nd Street and West Street were cordoned off by police who were letting only shop owners through to assess the damage and collect leftover stock. Emergency water services were dispatched to the area to put out the fires that were still burning.

The xenophobic violence in Alexandra followed similar attacks on mostly immigrant-owned shops across Johannesburg. The attacks started in Jeppestown on Sunday and had spread to Alexandra, Tembisa, Germiston, Kempton Park, Coronation Park, Turffontein and Malvern by Tuesday.

The wave of xenophobic violence that spread across South Africa in May 2008 started in Alexandra.

On Tuesday, Mizam Ahmad, one of the Bangladeshi shop owners in Alexandra, was carrying salvageable stock like speakers, radios, sweets and other goods out of his uncle’s shop and loading it into a van. The pavement outside the shop was strewn with burnt fruit, vegetables, tables, trolleys and chairs which belonged to street vendors who usually leave their stock there overnight.

Ahmad moved to South Africa three years ago because his uncle and other family members owned shops and said he could make a living in the country. He first lived in Marlboro, next to Alexandra, but he said he did not enjoy travelling to and from Alexandra every day so he made himself a bedroom in his shop.

He has been living in his shop for the past six months.

Ahmad said he was in his bedroom when the group tried to break the doors and set it alight. He said they did not know he was in the building at the time. He managed to escape through a window and jumped onto another building next door which was also set alight by the group.

“Those things that were burnt are just material things. At least I am alive and safe,” said Ahmad.

“But I don’t think I can stay here anymore. It is not safe and this happens every year. What’s the point if it gets burnt to the ground every year and we have to start again? I think I will go back to Bangladesh and work in a clothing factory or something. At least there I can make some money and be safe. But here, my life is in danger.” 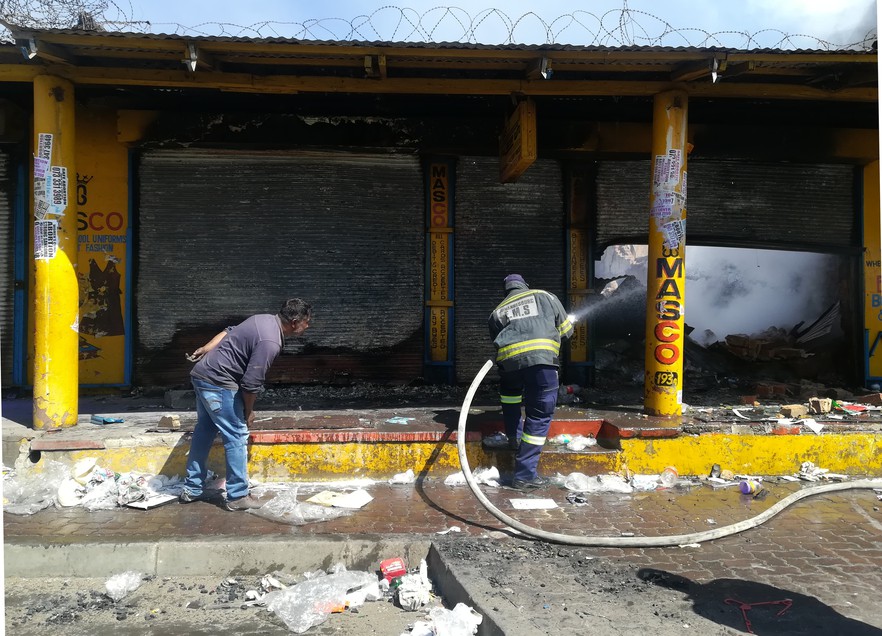 A shop owner in Alexandra watches as Emergency Water Services staff try to extinguish a fire in one of the shops.

Premier David Makhura visited the area on Tuesday and spoke to some of the shop owners as he assessed the damage. He said criminals had taken over in many areas by burning down buildings and looting shops.

“Others have said that there is a xenophobic sentiment underlying this saying that foreigners have to leave … We are a democratic society. We can’t allow the people to take the law into their own hands. There is no country that doesn’t have foreign nationals,” he said.

He said he could tell that the looters were well organised “criminal syndicates” by the type of tools they used to break down the doors of the shops.

“We can see that this was informed by a criminal motive because everything was stolen from these buildings after which they were torched … I will not hesitate to call on the Minister of Police and the head of the army to reinforce the policing if the situation gets worse,” he said. But he said the police were capable of handling the situation at this point so the army was not necessary.

“We are also dealing with illegal and undocumented foreign nationals because that’s a big challenge. People crossing borders are not just bringing themselves but … also counterfeit goods. We have to strengthen border security but we can do that without resorting to xenophobic violence,” he said. “We must address these issues from the point of view of law enforcement. Law enforcement agencies must do their work … Crime is crime, regardless of nationality.” 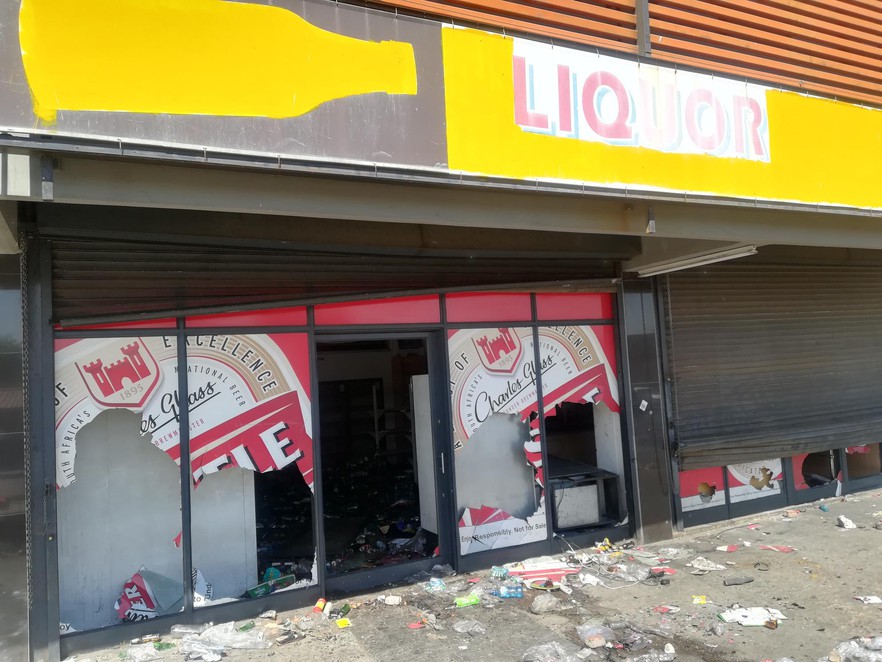 Next:  Cele calls for calm after xenophobic violence