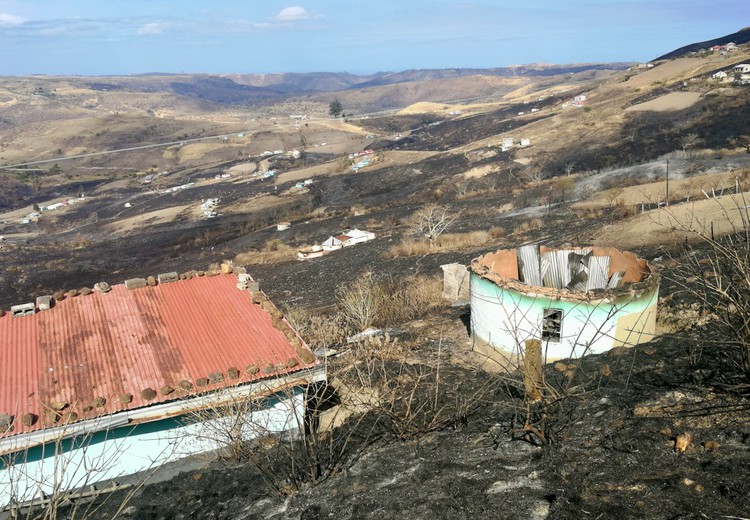 Wildfires have left at least two people dead and about 100 homes destroyed in four villages in Ngqeleni in the Eastern Cape.

Residents from Mosi Village said the fire started in bushes on Sunday morning and was fanned by high winds.

Villagers say they tried to douse the flames with water and wet tree branches, but they could not get the blaze under control and some had to run for their lives.

A 30-year-old woman, Sinazo Mzamo, and a 10-year-old boy, Babalo Mamane, died in the fire.

Speaking for Babalo’s family, his uncle 74-year-old Ratsho Ponco said: “We are heartbroken at the loss of life we have experienced in this family.”

Ponco said: “We have lost everything. Furniture, groceries, harvest produced, gardens and kraals … I have nothing else to wear except the clothes I’m wearing.” 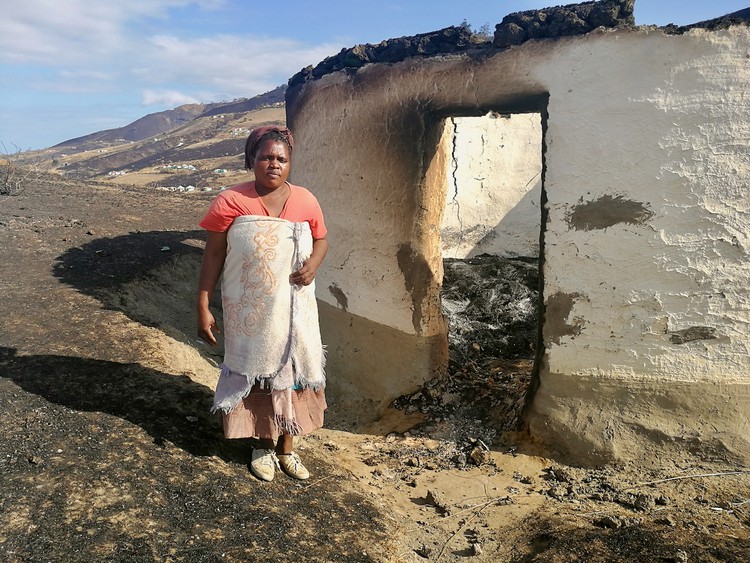 Theliswa Mntombi lost all four of her rondavels in the fire.

Theliswa Mntombi lost all four of her rondavels. She was helping her neighbours extinguish the fire when they realised her huts were burning.

“I didn’t have any chance to remove my belongings. Everything from the bed, fridge, clothes and groceries perished here. I plead for government assistance to rebuild my home,” said Mntombi.

She is temporarily staying with neighbours.

Nokhanyo Maqhinga said she was at church when they heard about the fire. “We are grateful that we still have a roof over our heads, but we lost household goods including our Identity Documents and SASSA cards. I’m worried because my daughter is about to write matric exams,” said Maqhinga.

Nyandeni Local Municipality Mayor Mesuli Ngqondwana visited the area. “Lots of people have been left homeless and are without food. We are in the process of bringing together government departments such as Social Development and Cooperative Governance and Traditional Affairs to intervene and we are calling for anyone that can help,” said Ngqondwana. 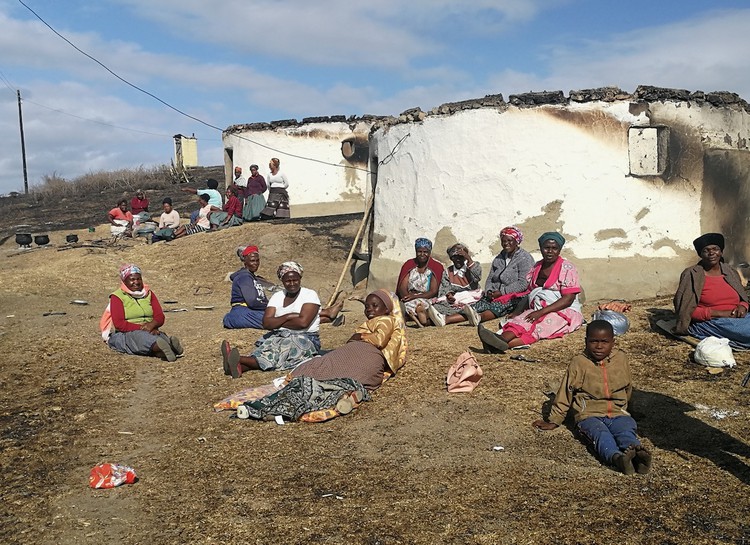 Next:  What’s the limit for free speech? Concourt to hear Qwelane case

Previous:  Shack owner sent away after boy is electrocuted by izinyoka connection