Kariega police vehicles back on the road after a year

Ten vehicles that had minor faults have now been repaired 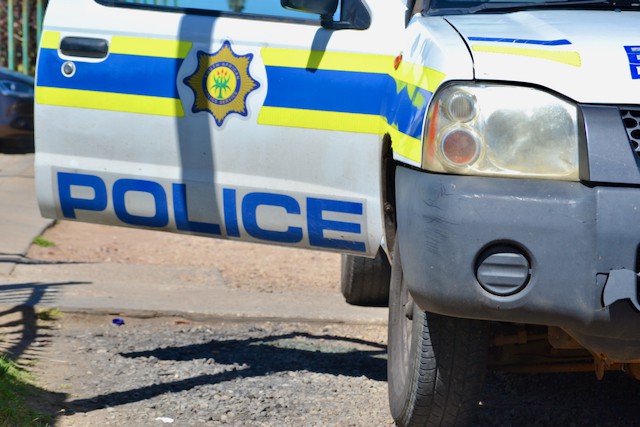 Pictured above is one of the ten police vehicles at KwaNobuhle police station that stood parked for months due to minor mechanical problems which have now been fixed. Photo: Thamanqa Mbovane

Police in KwaNobuhle police station in Kariega (Uitenhage), Eastern Cape, say that all ten vehicles that were parked in the backyard of the station for almost a year because of minor faults have now been fixed. The vehicles included three double cabs, three single cabs, and four four-seater vehicles.

According to police officers, the vehicles had minor faults such as a dead light or a burst tyre. Only seven vehicles were working at the station. The precinct serves 100,000 residents in six wards.

On Friday morning a beaming officer, who did not want to be named, told GroundUp: “We are no longer under [such] pressure because all these vehicles are running. There were times when we could not attend social crimes, deliver protection orders or attend a crime scene. Residents would phone the top office and complain about us and we would be scolded whilst it was out of our hands.”

SAPS provincial commander Sibongile Soci said, “It must be kept in mind that SAPS vehicles are utilised on a 24-hour basis … and will from time to time be taken to the garages for mechanical failure.”

“There is currently no shortage of vehicles in Uitenhage SAPS or Kwanobuhle SAPS … There are sufficient vehicles available and those vehicles that needed minor repairs have been fixed and are back at their respective station,” she said.

Next:  An employee was attacked at work. A court has ruled that she can sue her employer

Previous:  Principal removed after parents accuse him of misconduct

Our health in brief - part four: How will the health system cope over the next four years?