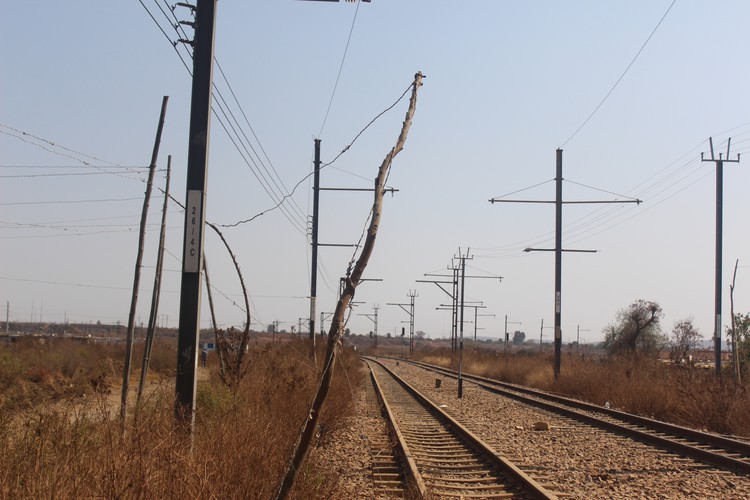 Overhead railway cables at Pienaarspoort train station in Pretoria have been damaged and stolen. Residents at an informal settlement nearby are also using the railway to illegally connect to electricity. Photos: Mosima Rafapa

GroundUp recently visited four Pretoria train stations – Mamelodi Gardens, Pienaarspoort, Greenview and Denneboom. All appeared not to have been cleaned in months, if not longer. Garbage lay along railway tracks. Buildings were damaged. The grounds were overgrown with grass. Many overhead cables were broken or stolen.

All the stations are operational, except for the incomplete Greenview station. A R102-million project for this station stopped in 2018.

The Mamelodi Gardens train station looked abandoned. The ticket building was vandalised and strewn with rubbish; the walls were charred and the ceilings damaged. A strong stench of urine came from the public toilets.

A volunteer security guard, who asked not to be named, said she couldn’t recall when the station was last cleaned. Inside, she pointed out the guard room, which had an old chair and cardboard boxes on the floor. “I was placed at other stations and I’ve only recently started working here. I have not seen anyone clean,” she said.

At the Pienaarspoort station, rubbish was strewn in buildings near the ticket office. Three of the four public toilets were locked. They all stank of faeces and urine from a distance. People appeared to have been relieving themselves in the area around the station.

Ntombizodwa Mahlangu, from Phomolong informal settlement, has been doing voluntary patrols at stations in Mamelodi since December 2020. Asked why the toilets were locked the day GroundUp visited, she said, “The toilets are working but there’s no water. There is a pipe leak. They are always blocked and it takes time before someone can fix them.”

Mahlangu said that even on days that the public toilets are working, the doors remain locked. She said commuters usually had to ask for the key if they wanted to use the toilet.

“It’s tough. Some of our members have to [relieve themselves] in the field nearby or ask people from the informal settlement here. I was once asked to clean it after they had unblocked them. If I didn’t do so, then they wouldn’t let me use it,” she said.

Informal trader Bessy Mathebula has worked at the station since 2009. “I wish the station could return to its original state. The people deserve better,” she said. 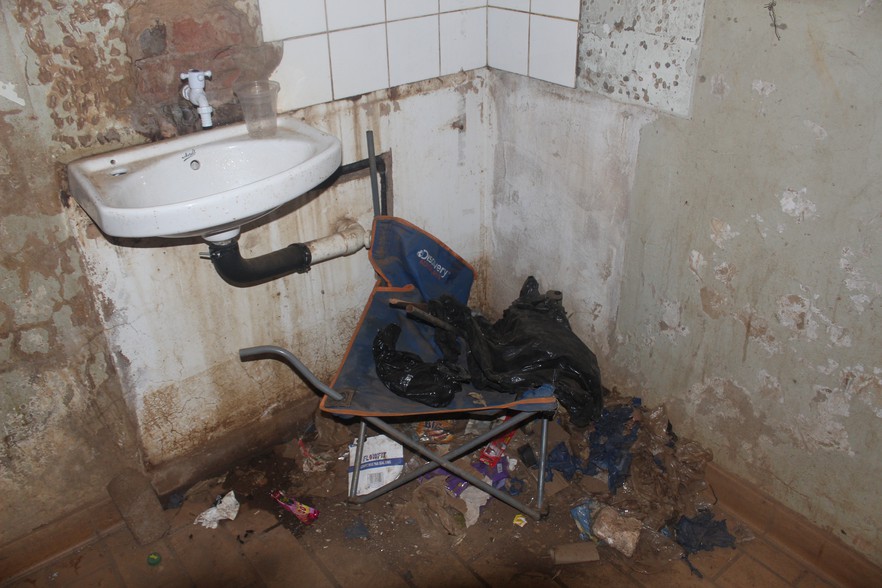 Toilets at Gauteng Metrorail Mamelodi Gardens station were in a terrible state.

It is about a 30-minute walk from Pienaarspoort station to Greenview station. Along the way, illegal cables had been connected from the railway lines to a new informal settlement nearby.

At Greenview, the station appeared to have been stripped bare. Railway tracks were uprooted; tiles, ceilings, water pipes, door frames and aluminium windows had been stolen.

The R102-million project started in 2011 but halted in October 2018, said PRASA’s Noluvuyo Halana. She said the appointed contractor told them that due to unrest in the community, they could not complete the project.

Halana said that the Greenview project was again “moving ahead” and “the project team is attending to matters”.

“Timelines of when the station will be operational will be communicated once all the outstanding work required to ensure the safety of commuters have been attended to,” said Halana.

Phomolong informal settlement resident Vusi Ngomane said, “The station was meant for us because we are many. It was also supposed to help those who have to catch trains at other train stations far from us. Now, the place belongs to criminals who have even stolen ceiling boards.”

He said that when the project was abandoned, the station became a crime hotspot. “Drug addicts and criminals started hanging out around the station. There was a lot of crime as they used the station as a hideout,” said Ngomane.

Inside Greenview station’s building, garbage was strewn everywhere. Pairs of shoes, blankets and duvets on the floor suggested that people were sleeping there.

At Denneboom station, near the Tshwane Regional Mall, hawkers were selling vegetables near the entrance. It was in a better condition than the other stations we visited.

Sipho Mokalapa introduced himself as a security officer at the station, but he also sells cellphone accessories and sweets near the ticket office. Mokalapa said he has worked at the station since 2017. He said that the cleaning contract ended months ago and no other company has been appointed.

PRASA’s Halana said the process of appointing another cleaning contractor for a three-year contract is being finalised and work will commence on 20 August 2021.

Halana said PRASA had a plan to deal with the vandalised and dilapidated stations. She said the first phase, expected to end in March 2022, is to get the stations back to being functional. The second phase, to be completed by December 2022, will address “the look and feel of the stations”.

Some of the trains are running but with a limited service due to theft and vandalism of the overhead traction equipment. For example, only one train is operating through Pienaarspoort station. 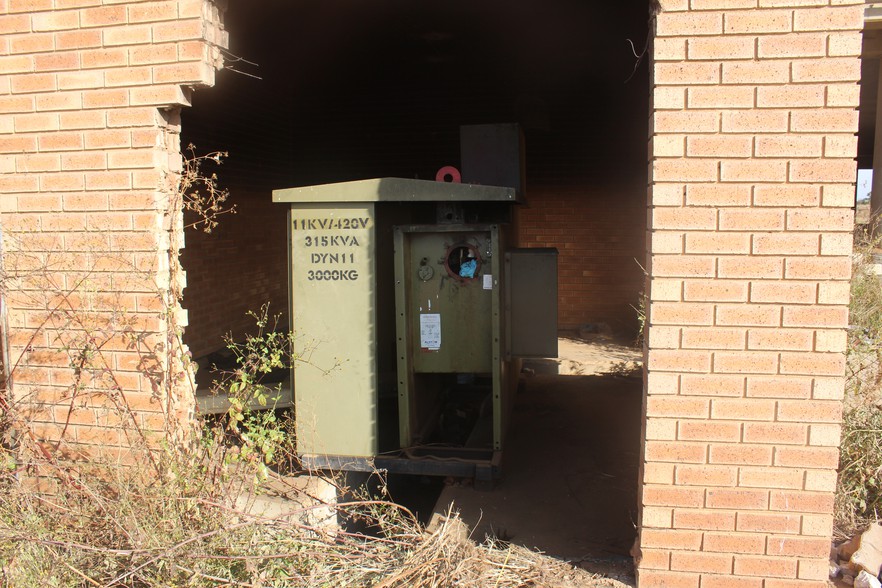 A vandalised transformer at the Greenview station, where a R102-million project stopped in 2018.

Previous:  Delft families waiting for years to have electricity restored