Extra hours, extra classes, WhatsApp calls into the night: it’s the teachers who listened and nurtured and cared 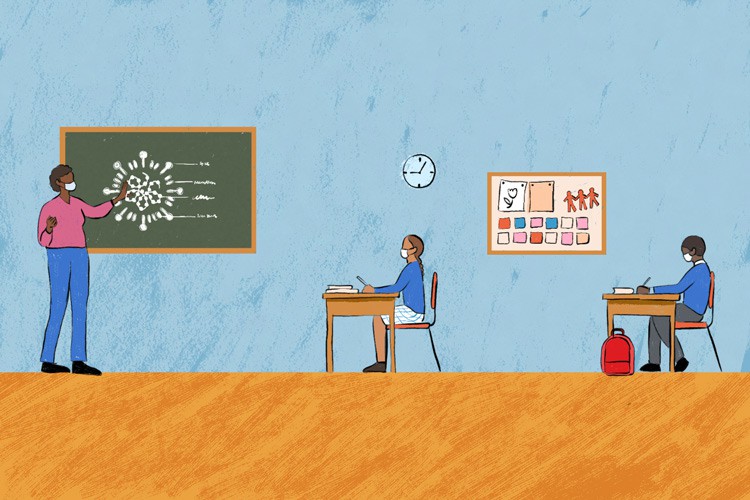 Teachers will soon be called on to step back into classrooms with the same courage they have shown throughout this pandemic.

Education for many of us working in public schools in this country is challenging at the best of times. We work in a system which seems to place bureaucracy ahead of humanity and is primarily focused on compliance. The ticking of boxes and filling in of endless forms consume far too much time and detract from attempts to make the classroom the creative, dynamic space that it should be. This can dampen the passion and purpose of many committed to this profession.

Added to that, last year, was the additional burden of Covid-19. It was not easy returning to school in the midst of uncertainty and fear. Many of those in education stepped back into the classroom with understandable trepidation, but soon showed what courageous people they are.

I do not wish to take anything away from the health worker heroes who have been praised for their bravery on the frontlines. They deserve every accolade they receive. What struck me, though, at the end of an exceedingly challenging year in schools, was the seemingly scant regard for a truly remarkable group of people who gave so much to make a profound difference in the lives of so many; people who despite their own legitimate concerns showed what commitment and service are. The educators who made so much possible deserve our unstinting praise.

It was teachers who listened and nurtured and cared. They were the ones who supported learners in the midst of grief at yet another family member who died.

It was teachers who encouraged learners not to give up on their future and dreams in the face of a parent losing a job or having to deal with the very real implications of salary cuts.

It was teachers who found the most effective ways to connect with learners.

These are the people who taught the same lesson twice, or even three times, a day so that each group they taught it to could be safely small. It is teachers such as this who spent hours after the regular school day on WhatsApp and other platforms to ensure that learners who were not at school received work. Teachers who sourced relevant material and shared it in innovative ways, often doing so with little in the way of fancy resources themselves. Extra lessons after a busy day, responding to individual queries and requests from learners, often late into the night. Smoothing nerves and helping learners keep their focus, especially matric learners after such a disruptive year.

These are but some of the sacrifices that were made, often at great cost, both financial and in numerous other ways. Sometimes the emotional and psychological toll was almost too much to bear, but they continued, not complaining or expecting thanks, their exhaustion all too evident.

After a much-needed, and in most cases, well-deserved break, teachers return in a few weeks to a year which may be even more demanding.There is even greater uncertainty, and greater legitimate fear. But once again, we will see these teachers show unflagging commitment, unstinting compassion and an unrivalled generosity of spirit so that learners receive the best that they can provide.

Soon, in classrooms across this country, it is teachers who will ensure that the children of this nation are as safe as can be, as receptive to learning as possible and that they are afforded an opportunity to succeed. Not for a moment should the tremendous contribution of teachers such as these be underestimated or ignored.

The author is the principal of a Western Cape school.

Next:  Covid-19: Has the alcohol ban helped?