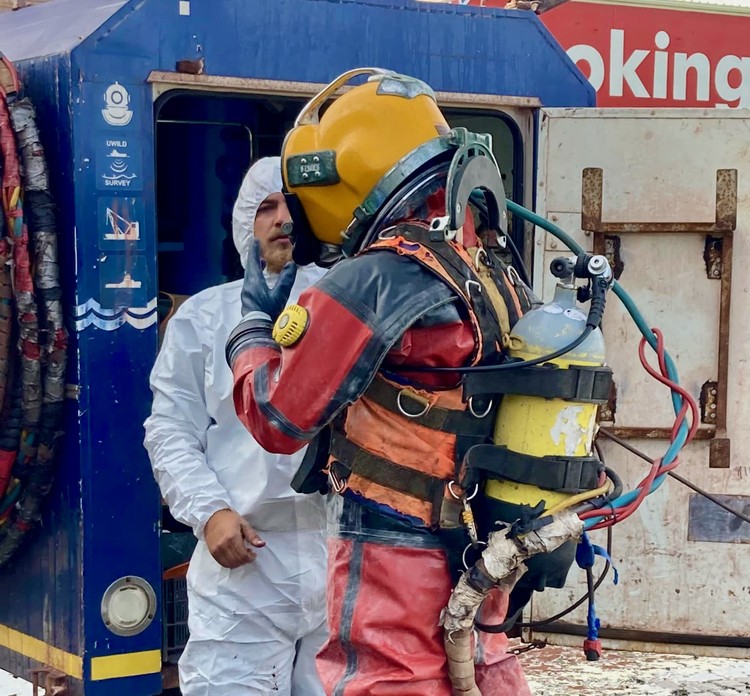 Diver Troy Figenschou suited up before diving into raw sewage to fix a leak at the Raapkraal pump station. Photo: Carolynne Franklin

When the Raapkraal sewage pump station broke down at lunchtime on Friday last week, spilling raw sewage into the Zandvlei nature reserve via the Westlake River, it was 24-year-old Troy Figenschou who dived in to save the day.

The company he works for, Guerrini Marine Construction, was called in by the City of Cape Town. Figenschou had to descend five metres into raw sewage that had flooded the pump station chamber, in order to stop the leak.

He was hailed as a hero after a photo of him was posted on the Ward 71 News Faceboook page.

It was the first time in his year as a commercial diver for Guerrini that he had done a sewage dive. A colleague recently had to do a similar dive at a failing pump station in Atlantis.

Mayco member for water and sanitation Zahid Badroodien said it was discovered that a “non-return valve bonnet was partially open”.

Figenschou had to fix it.

“It was pitch black, the darkest I’ve ever worked in,” he said.

It took two tries to tighten the flange on the pipe, as at first one of the bolts just kept turning and wouldn’t tighten. He surfaced and asked the team on land to switch the pump on to check, but it was still leaking, so he went back down. On the second try, although working in complete darkness, he discovered the bolt was hampered by rags and rubbish, and once he managed to remove this, the valve tightened up properly.

A video on his employer’s Facebook page shows Figenschou celebrating after successfully fixing the leak.

He said diving into the sewage was not a concern. He had a hazmat dry suit on, gloves locked into the suit, and a helmet through which he received air and two-way communications.

“I was wearing my clothes under the dry suit,” he said. “Thank goodness it didn’t leak.”

He was not alone in the effort. Several people were involved including someone taking care of the air supply, another on communications, and another diver ready to go down in case anything went wrong.

Figenschou said he had been a recreational diving instructor for five years but then Covid came along and killed tourism, which was what he relied upon for income. He then went on a commercial diving course and got hired by Guerrini, and hasn’t looked back.

He said a similar incident had occurred on 9 September, but had not had the same impact.

The pump station is still operating with one pump but plans are in place to have the second pump in operation as soon as the non-return valve is fully repaired. The pumps will be replaced with new pumps and the old ones kept for spares.

Mayco member for spatial planning and environment Eddie Andrews said the public should avoid the northern sections of Zandvlei. He said people might face health risks if they came into direct contact with the polluted water.

Zandvlei might be partially or fully closed to recreation, depending on the results of water quality tests, Andrews said. 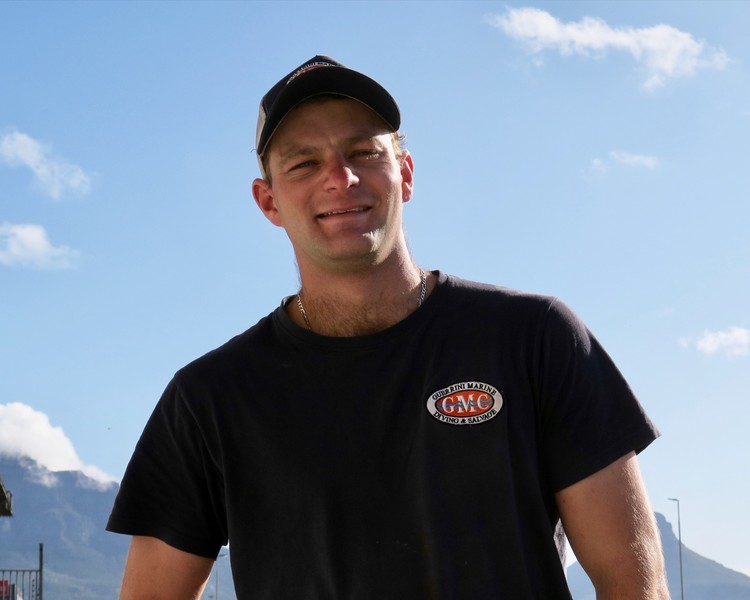 Commercial diver Troy Figenschou descended into a pool of raw sewage to fix a leaking pipe at the Raapkraal pump station on Friday. Photo: Steve Kretzmann

Next:  SIU investigating dodgy Lottery grants worth over R1.4-billion