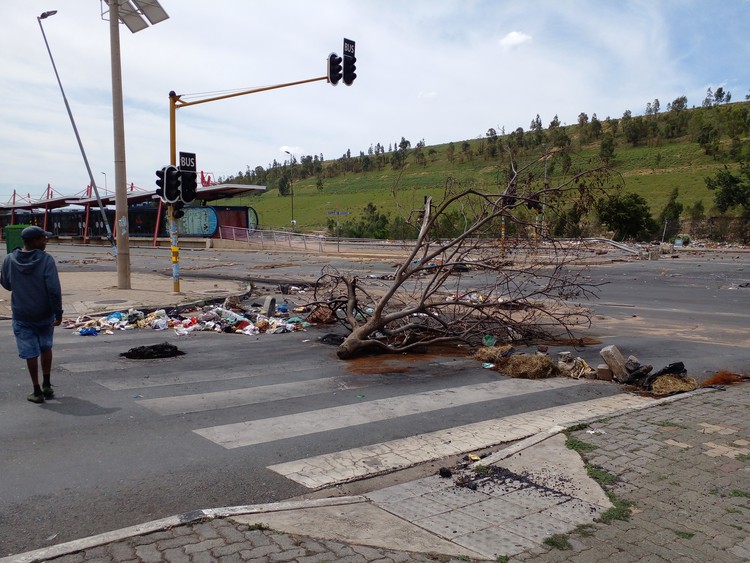 Residents of Diepkloof Zone 3 in Soweto blocked the Soweto Highway near the N1 with rocks, branches and burning tyres. They are demanding that Eskom restore electricity in the area. Photos: Chris Gilili

Residents of Diepkloof Zone 3 in Soweto are demanding that Eskom restore electricity to their homes after being in the dark for two weeks.

But the power utility says it has lost about R96 million over the past eight months in Diepkloof alone. Eskom has accused residents of tampering with meters, using illegal connections and buying power from ghost vendors.

More than 700 households with new prepaid electricity boxes had their power cut since 24 November. Eskom wants residents to pay just over R6,000 as a “reconnection fee”.

This week, the community blocked the Soweto Highway near the N1 with rocks, branches and burning tyres. They have vowed to continue protests until Eskom agrees to turn on their lights again or meet with them to negotiate a more affordable fee.

Nyaniso Gova, a resident and community leader in Zone 3, said, “Eskom is wrong to just switch off the power for everyone. Some of us do buy electricity, but they sent us all disconnection orders.”

Gova said Eskom was to blame for not allocating meter numbers and Customer Interface Units (CIU’s) to some houses. He said Zone 3 alone owes Eskom over R2.3m. “We will disrupt the streets until Jesus comes,” said Gova.

Lindiwe Tsotetsi has owned a hair salon for five years in Zone 3. Tsotetsi said she has been unable to do much work since the power cut and now can’t afford to pay last month’s rent. “I lose more than R800 a day because of this. The situation here is very tough,” she said. Tsotetsi has four children and is the sole breadwinner in the household. 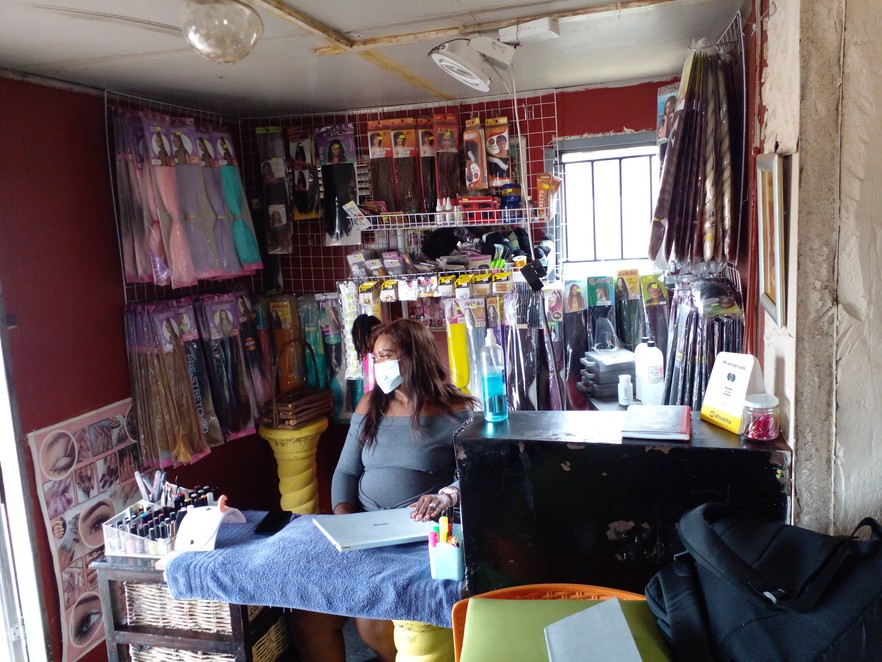 Salon owner Lindiwe Tsotetsi says she has been unable to do much work since the power cut and now can’t afford to pay rent and other expenses.

The BP garage near the Soweto Highway has been relying on a generator. The manager, Fulu Thidiela, said the power outage had cost the business thousands of rands per day.

Thidiela fears that they will have to dismiss some employees should the outage continue. “The business is on the verge of collapse due to this.’

In a statement on Monday, Eskom said the power cut in Diepkloof is necessary to monitor energy consumption. The power utility said during this time, illegal connections will be removed and damage to infrastructure will be repaired.

Eskom said, “We have observed that customers’ buying trends are dismally low since their conversion from postpaid to prepaid meters in that area. The meters were installed to assist them to take better control of their electricity consumption.”

Earlier this week, Johannesburg Mayor Mpho Malatse said she would be meeting with Eskom to find solutions to the impasse.