Some Eastern Cape learners are not getting their full school meals

Some meals only contain samp 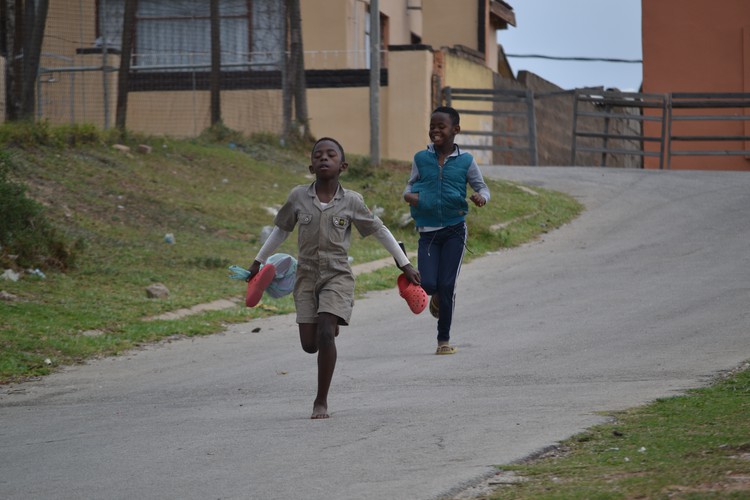 By the middle of last month, schools in the Eastern Cape were successfully feeding more than 400,000 learners who were not at school, according to the provincial Department of Education. This is a huge improvement on the previous figure of under 150,000. But some learners are not getting the meals they are supposed to get.

On 17 July the North Gauteng High Court ordered the Department of Basic Education (DBE) to roll out the National School Nutrition Programme to all eligible children without delay, whether or not learners have returned to school, and to report back to the court. But the DBE told Parliament last week that only 4.4 million out of the 9.7 million eligible learners were being fed.

According to the regulations, the programme is supposed to provide “tasty and adequate meals which must fulfill at least 30% of the daily nutritional needs of learners per meal”. The meal is supposed to include protein (soya products, dried beans, lentils, nuts and dried peas or meat, milk, eggs and fish), starch (maize meal, samp, mielie rice, rice, bread, potatoes), at least one green and one red or yellow or orange vegetable per meal.

But at three schools visited by GroundUp in KwaNobuhle in Uitenhage at the end of last month, learners were fed just samp on one day a week.

At Alex Jayiya Primary School, learners were running down Ngani Street to the school gate where the nutrition team was serving the warm samp. The school, which has 400 learners, says full meals are served on Mondays, and on Tuesdays umphokoqo. On Wednesdays, the learners get samp, on Thursdays, stiff pap and chicken livers, and on Fridays, rice and mince.

On the day GroundUp was there, the catering team ran out of samp before serving all the children who were not attending school.

At Magqabi Primary School in Khayelitsha, KwaNobuhle, which has 840 learners, those attending school responded to the ringing bell by queuing in front of the catering team, wearing masks. Huge pots were put on school desks, containing chicken, rice, and vegetables. Learners ate on school premises and in classrooms. But the previous week samp was the only item in the meal.

Problems with reporting and difficulties getting learners to school have plagued the rollout of the nutrition scheme during the Covid-19 pandemic. About 1.6 million learners were beneficiaries of the National School Nutrition Programme before the lockdown. In his latest report to the North Gauteng High Court, acting head of the provincial education department Raymond Tywakadi said based on information from the schools themselves, the number of learners who were not “phased in” to school but were being fed had risen from 145,462 in the period from 6 June to 27 July, to 412,914 in the period 27 July to 19 August.

Tywakadi said in his report to the court that the main obstacle to feeding learners during the pandemic was fear. “Parents are afraid to send learners to school to obtain a meal”, he said. Lack of scholar transport was the second barrier, he said.

National spokesperson for the Department of Basic Education Elijah Mhlanga said that since 31 August all grades were back in school, though classes were rotating. “This means all beneficiaries of the programme should be in a position to get their meals,” he told GroundUp.

Next:  Lotto millions used for minor renovations to stadium

Previous:  Villagers donate money to build a clinic in a shack