In March the Treasury gave Nelson Mandela Bay Metropolitan Municipality R200 million for the eradication of the bucket system, electrification of shacks, and fixing of roads and infrastructure. The money has to be spent by the end of June, according to the ward councillor for KwaNobuhle, Uitenhage. But the municipality has had difficulty spending the money due to protest action.

Ward 47 Councillor Nonthuthuzelo Skweyiya (ANC) said the tarring of potholed Mabandla Road in KwaNobuhle was put on hold after owners of small businesses demanded a 30% share of the money that would be spent on paving Sivo Road. The angry business owners closed down Skweyiya’s offices in May and again on Wednesday this week.

But while tarring potholed Mabandla Road was delayed by the protests, “the project to pave Sivo Street is still ongoing, because residents who live in potholed streets have vowed they are not going to allow it to stop”, said Skweyiya.

This week, Ndlambe Street was tarred and its many smaller potholes fixed. Residents have been complaining about potholes in Ndlambe Street for three years. Even though it is the main route for taxis driving to Extension 1 (Angola) from town, motorists tend to avoid Ndlambe Street, because it has a giant, flooded pothole.

Reverend Raymond Punana, of the Christian Assemblies Church, said, “There is always mud around our church because of this leaking underground water. We reported it several times and have now given up … It’s been years.”

The water which seeps out of the ground between Shiwo and Ndlambe Streets erodes the road, steadily enlarging the pothole.

In April, Ward 46 Councillor Lindelwa Qukubana (ANC) told GroundUp that, “the giant pothole was fixed three times, but there is a re-occurence because of the oozing water that is peeling the tar at Ndlambe Street”.

On Wednesday, Qukubana explained that “the pothole was skipped [during the recent tarring] so that it can be fixed this week properly. The contractor wants to make sure it is permanently fixed… once and for all … We’ve got to spent the R200 million by end of this month.” 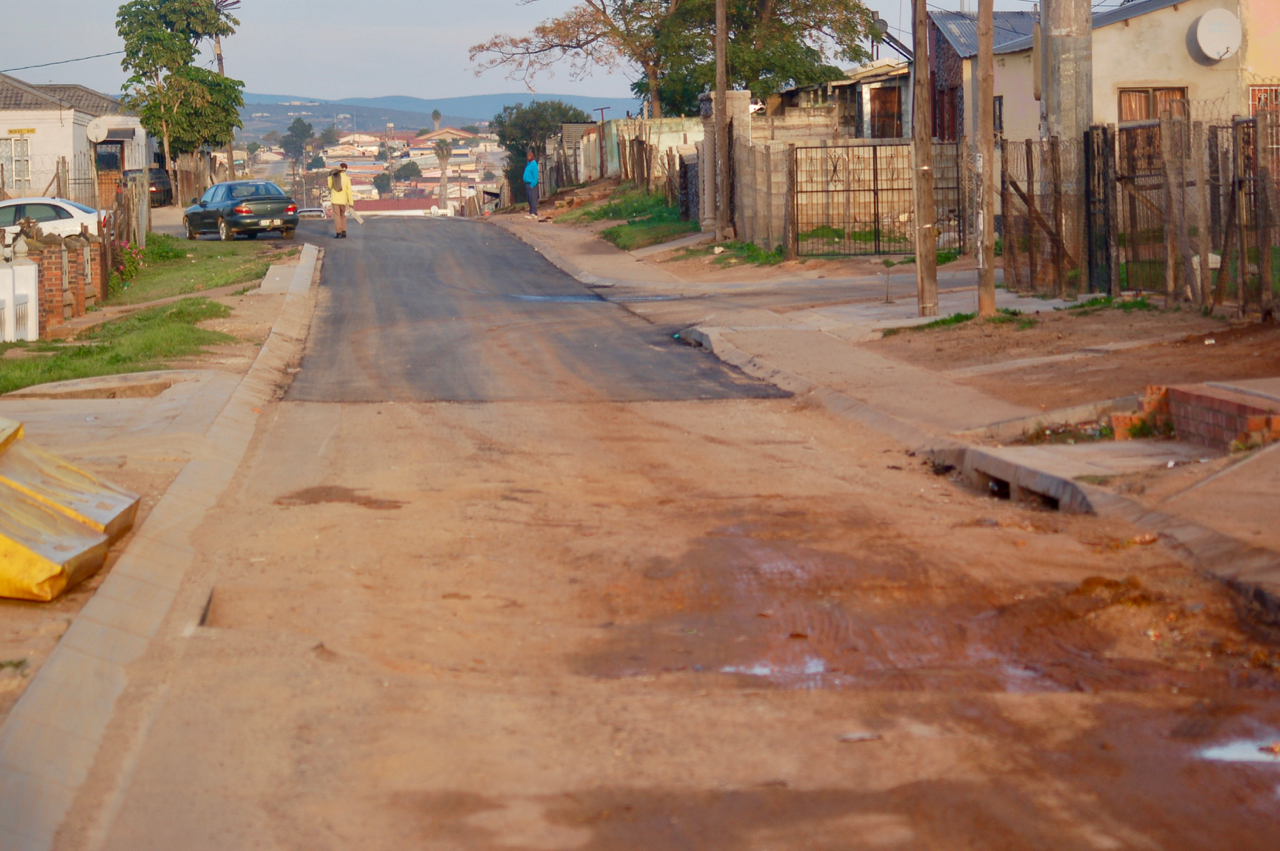 Residents are waiting to see if the giant pothole in Ndlambe Street will be fixed before the end of the month. It was skipped over when the rest of the road was tarred this week. Photo taken in June by Thamsanqa Mbovane

The pothole was finally tarred and fixed on 1 July.

MMC for Roads and Transport Councillor Rosie Daaminds, told GroundUp that she has spent all the R25 million her directorate received from the municipality.

“I used the money to do resurfacing of tar, pave the sidewalks and fix potholes in Uitenhage,” she said. 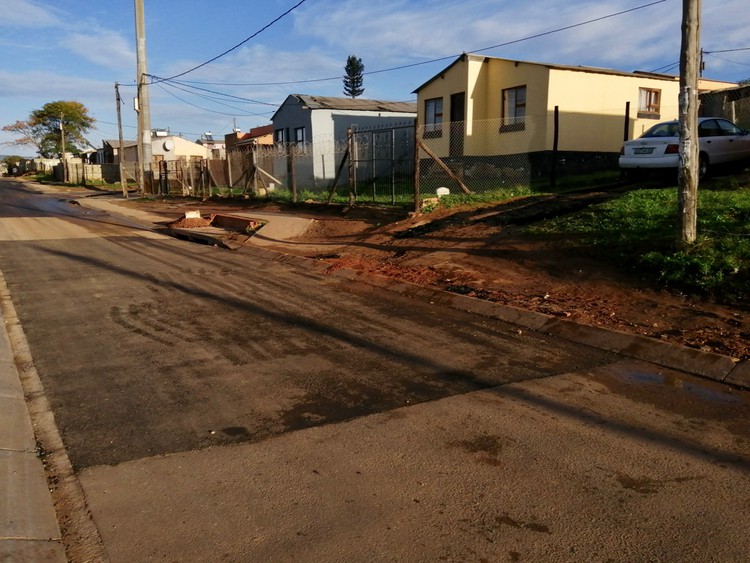 After years of complaining, the giant pothole in Ndlambe Street was fixed

Next:  Prisoner denied access to laptop for studies takes authorities to court

Previous:  Students march to NSFAS offices with list of complaints

Battle of the bakkie: Ouma Katrina Esau’s vehicle at the centre of a DA-ANC row