Shops were looted in Strand, Cape Town on Thursday. Rioting that had begun on Wednesday following clashes between land occupiers and police, also continued on Thursday. Schools, libraries and clinics were closed because they could not operate safely.

“This is no longer a protest for land and the leaders of these people must address this,” said ward 86 Councillor Jongidumo Maxheke.

During the night, burning tyres were placed at all intersections leading to the Strand area. Looting started at The Bar, a liquor store, and then spread to other shops.

Mpho Mosiuoa, owner of Shopleft Med-store and cosmetics, which was looted and torched, said, “The leaders of the protest must take responsibility for what happened here … I think it was discussed that our businesses be looted.” 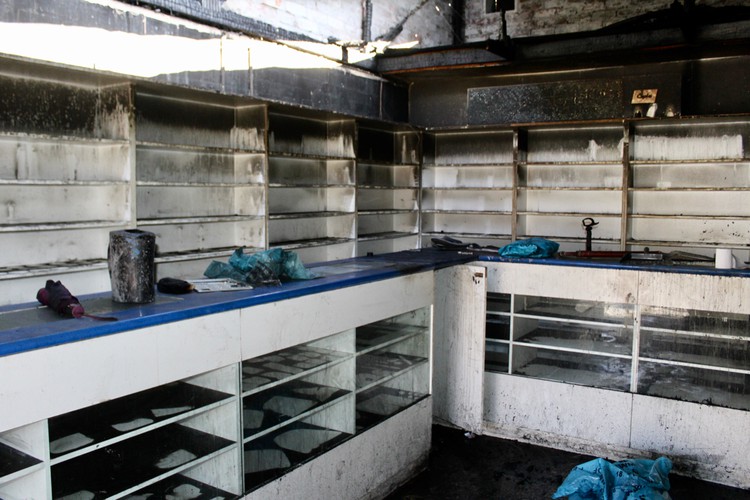 Shopleft Med-store and cosmetics was looted and torched. Owner Mpho Mosiuoa said, “I have lost R250,000 and this place employs 12 people who fed their families through the salary they received here.”

On Thursday, more immigrant-owned businesses were looted. Their owners fled to Lwandle police station for protection.

“We help communities but every time there is a protest, our shops get looted by the same people we help. We are scared of going back to the community now,” said Farah Nuur.

Some community members stood in front of L’Gra, an immigrant- owned shop in Greenfields, and prevented looting.

“We will not allow that [looting] to happen here because these are our friends who help us a lot,” said a resident.

Many were not that lucky. The owner of Mthombo Liquor, who is Chinese and did not want his name published, was inside his store when looters arrived. He managed to hide from them.

Resident Bongumusa Lobi said, “We just lost a business centre that was helping people put bread on the table for their families … As residents we will not stand by and watch criminals running our area which was once peaceful.” 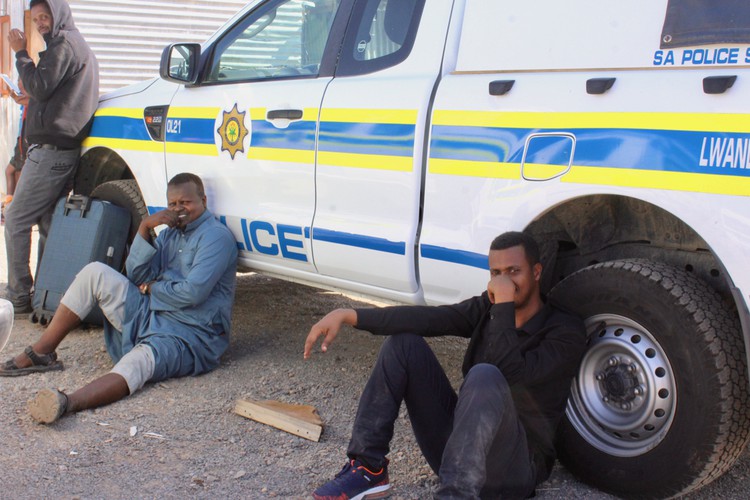 Immigrant shop owners fled to Lwandle police station for protection, “What did we do my brother to deserve such hate?” asked Farah Nuur, a Somali national.

“We were not part of it”

Leaders of the Strand land occupation distanced themselves from the mayhem. “We were not part it,” said Thulani Mbantsa.

“Criminals saw an opportunity to use our fight for land for their own benefit and we call on the law enforcement agencies to move swiftly to arrest them. This affects us negatively because now people think we are part of the criminal activities that happened,” said Mbantsa.

“If we were part of the looters, we would not be here today building,” said Phumzile Pika. “We want the land not looting. We have told our people to not involve themselves on such criminal acts.”

Land occupiers had fought running battles with the police on Wednesday. On Thursday, the occupiers continued to erect structures, while the Red Ants and armed security watched. 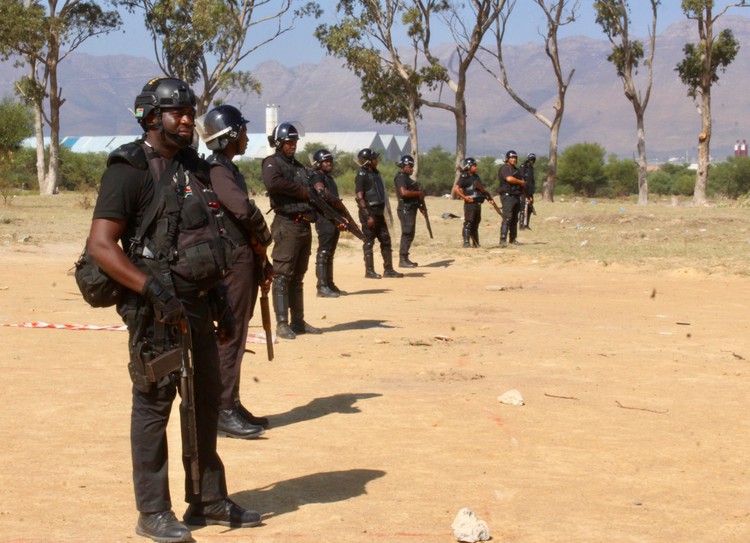 Land occupiers continued to erect structures on Thursday while the Red Ants and armed security watched.

Mayco Member for Human Settlements Malusi Booi condemned the violent protest and the looting. He said that criminal elements, either instigating the illegal protests or using the protests as excuses for theft and robbery, were responsible. 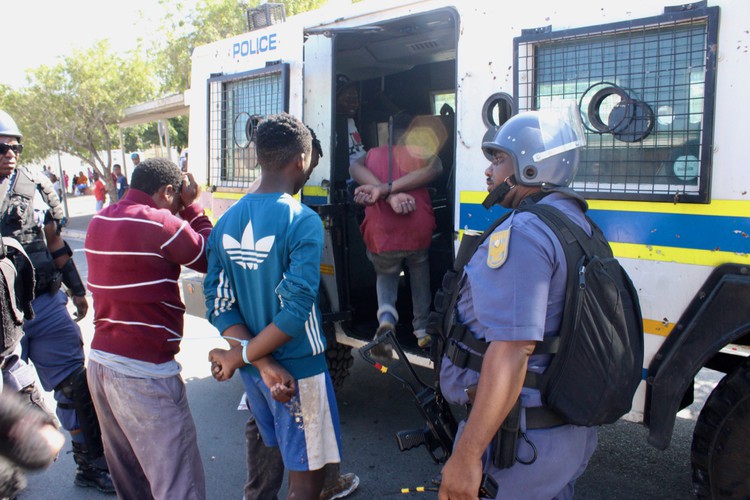