R92 million and six years later no electricity in Makhabeleni

Municipality says it needs another R15 million to complete project 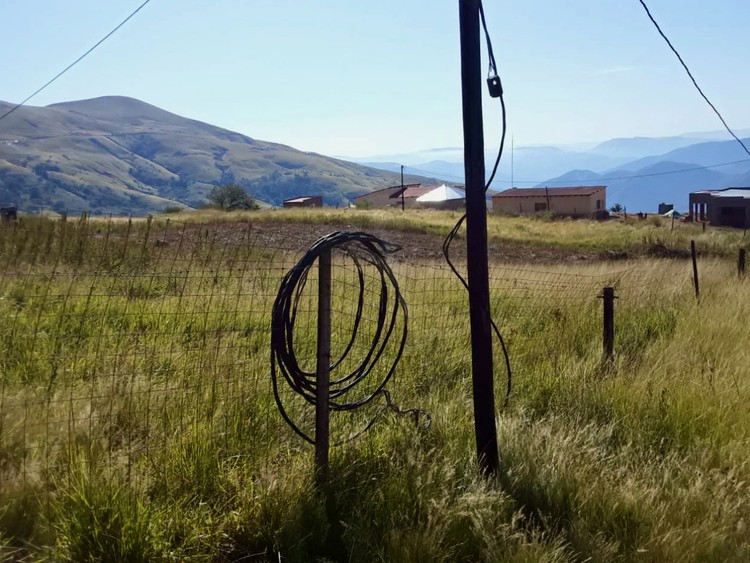 Residents of Makhabeleni say they have had their hopes dashed by an electrification project started six years ago but never completed. Photo: Nokulunga Majola

“I guess people are looking for someone to blame,” says Ward 6 Councillor Sandile Xulu of Makhabeleni in rural northern KwaZulu-Natal (KZN). “I have been accused of squandering money and hindering the progress of the project, but that is far from the truth.”

The electrification project, which began in 2014, ground to a halt at various times in wards 6, 12 and 14. Ndimakude, Mhlabathini and Mvusane were left with electrical poles and cables lying on the ground as well as open trenches.

“I also want answers,” says Xulu. “As much as people are used to cooking with firewood and lighting candles, when they see other areas lit up, they feel like they don’t belong or they were left out on purpose.”

“I feel like I am letting them down,” said Xulu. “But I had nothing to do with it. I am told I am responsible for a cow that fell into an open trench and died, just because I am a councillor!” said Xulu.

Resident Lindo Dlomo, of Mhlabathini, who owned the ill-fated cow that fell into a trench three weeks ago, said the municipality was negligent for leaving open trenches.

“When the project began, we all made preparations by buying electric appliances, but they are now gathering dust,” said Dlomo.

Resident Simayedwa Masikane, of Ndimakude, said, “Some people pay R500 or more for firewood, and we don’t have money. If it was another community, people would be protesting but we are patient.”

Umvoti Municipality spokesperson Phindile Phungula confirmed that the municipality is the implementing agent for the project, and that the KZN Department of Cooperative Governance and Traditional Affairs (COGTA) was funding it.

Phungula said the project was meant to have been completed within 18 months. The cost was almost R92 million so far and the municipality needed an additional R15.5 million, due to cost escalations, the increase in VAT, and delays caused by slow fund transfers. The municipality had applied for the additional funds and was waiting for a response from COGTA.

Attempts to get further clarity and to establish when the application was made for the additional funds have gone unanswered.

KZN COGTA head of communication Nonala Ndlovu said that the department had correspondence from Umvoti and was supporting the municipality in its efforts to obtain funding.

Previous:  How to keep safe in supermarkets, schools and on public transport