Promises, promises: the residents of Marikana Soutpan have almost given up hope

Informal settlement was first promised water and sanitation in 2017 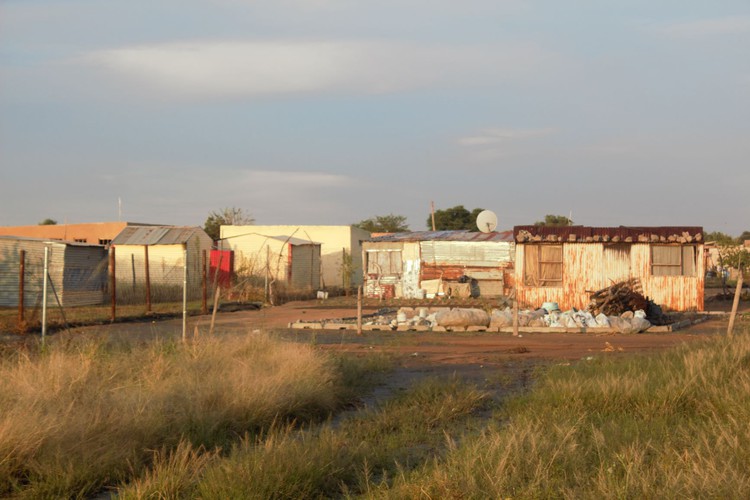 People living at the Marikana Soutpan informal settlement, north of Pretoria, have no services such as electricity, water, and proper roads. This despite repeated promises from municipal and provincial government. Photo: Mosima Rafapa

In 2017, residents of Marikana Soutpan informal settlement north of Pretoria were told their area would be developed as part of a mega project to be completed by 2023-24. In 2020, when they asked why nothing had happened, they were told the project was on hold because of “land invasions” in the area. Now, the Gauteng Department of Human Settlements says the plan “is still in place”. But residents have all but given up hope.

The area was inhabited in 2012, when residents put up shacks. Today more than 10,000 families live there, according to the Tshwane Department of Human Settlements and Planning.

The area has no proper road infrastructure or waste removal services, no electricity, no water and no sanitation. Most people have dug pit toilets and use illegal electricity connections. For water, some people have installed pipes illegally and get their supply from nearby areas in Eersterust and Soshanguve.

Some residents have built their own brick and mortar homes. But they despair of ever getting services.

Following a march in 2017 to the City and the Union buildings, Tshwane’s Human Settlements Department in 2018 responded to a petition by residents and said that the area had been declared a Mega Project that would run for the years 2017-18 to 2023-24.

A community activist, who did not want to be named because he said threats had been made against him, said a property developer had been appointed. He said residents had been told that the Gauteng Department of Human Settlements (GDHS) would initiate the project, but nothing had happened.

“There is no office that we haven’t been to. Promises have been made but nothing has been fulfilled. The provincial government even came and gave us stickers with numbers on them after they had collected data. That gave us hope that our area has been recognised.”

In a WhatsApp message seen by GroundUp, Gauteng Human Settlements director, Lesiba Sekele informed the activist on 15 October 2020 that “development in the area was on hold due to land invasions in the area”.

Sekele said there was planning work happening for Stinkwater in Hammanskraal but construction for Marikana Soutpan might start in 2023-24.

“Those are just excuses. Suddenly the story has changed. The response to the petition said construction would be rolled out from 2017-18 to 2023-24,” said the activist.

“We just want basic services. Over the years, children have died due to illegal connections. We have no clinics, schools are far and what about families who cannot afford transport money?”

Resident Andries Mashigwane lost his belongings in 2018 when his shack was burnt in a fire caused by a paraffin stove.

He said that the illegal electricity used by residents often becomes overloaded.

“My family and I still use the paraffin stove because we have no other choice. It was tragic when we had to start over because we lost our two IDs and the birth certificates of five of our children. I had to rely on donations from other residents to rebuild,” said Mashigwane.

Another resident, who also wished to remain anonymous, said those who had been active in the fight for basic services seemed to be putting their lives at risk.

“Life is very difficult in Marikana. Community activists have received death threats in the past for fighting for what is right. We rely on our neighbours who have connected water illegally. The water tanks supplied by the municipality are not enough for everyone,” said the father of four, who works as a bricklayer.

Spokesperson for the Gauteng Department of Human Settlements Tahir Sema said the plan is still in place for residents to receive services.

“The project has had some delays at planning stages. The area will be developed once all town planning processes have been completed and approved,” said Sema. She confirmed that a developer had been appointed. Asked why residents seemed to be given different reasons for the delays, she said only: “There is land invasion in the area but we are continuing with the planning work for the human settlements development, once the planning work and township establishment is done, construction will continue.”

Next:  The only weightlifting club in Soweto is changing lives

Previous:  “When we arrived there, the fire was going crazy”