The municipality is assessing whether the shacks can get electricity 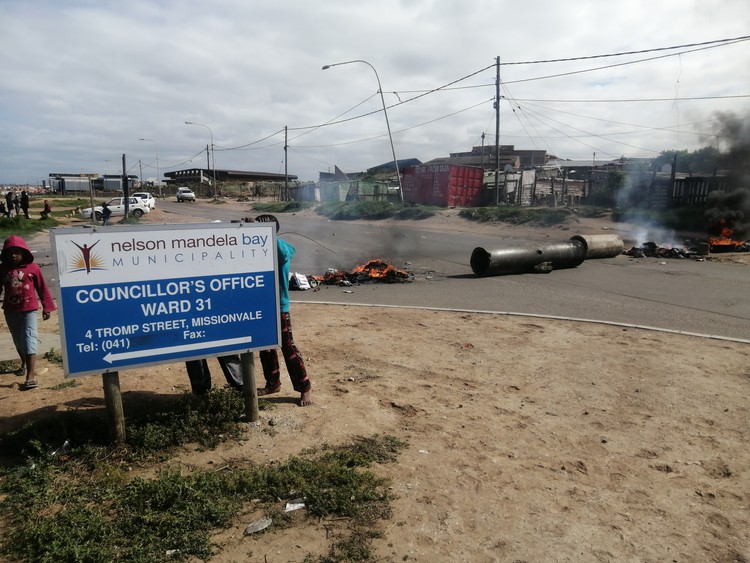 Police and other law enforcement officials were called to intervene in clashes between Missionvale RDP homeowners and a group living in the neighbouring Waterville informal settlement on Wednesday. The fight is over illegal electricity connections in the area.

Dozens of homeowners gathered as early as 5am and blocked Old Uitenhage Road with burning tyres, disrupting peak-hour traffic. Protesters also blocked the road to the office of ward 31 councillor Luyolo Nombola and the Missionvale Clinic with burning tyres, rubbish, storm water pipes and rocks.

Tempers flared when electricity failed due to an overloaded transformer and theft of electrical cables in Jack’s Road in Boesak’s Ground. Over 250 households were left in darkness and their perishable goods damaged.

This follows tensions two weeks ago when the homeowners started removing the wires of illegal connections because they said municipal workers had told them the poles could not be fixed until the connections were removed. Residents from the informal settlement resisted.

Waterville was started four years ago and has about 628 shacks. Residents there claim that councillor Nombola gave them permission to make the illegal connections. He has denied this allegation.

They demanded he step down and accused him of sowing divisions between the two communities.

Homeowner David Joseph said they removed more wires on Tuesday but were confronted by shack dwellers. “If the municipality can’t give these residents electricity, they should pay for connections,” he said. Another homeowner, Noxolisile Mki, said they had been without power since last Thursday.

Nandipha Mehlala, a community leader in Waterville, said Nombola had given them permission to connect illegally from the poles. “The homeowners are bullying us as if they never made illegal connections before moving into their RDPs. They want us to rent our illegal connections for R250 per month from them but we survive on child support grants. We can’t even afford to buy paraffin and firewood,” she said.

Nombola denied giving anyone permission to make illegal connections. He said that municipal workers had been called to fix the damaged transformer. “The municipality is assessing whether the shacks can be electrified. Even if the area is suitable, the municipality has a long list across the metro of informal settlements that are still waiting for electrification,” he said.