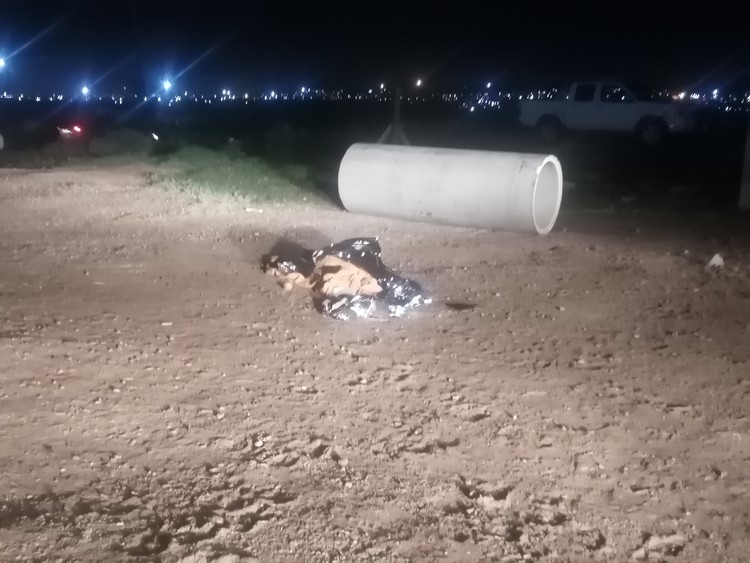 The body of six-year-old Phawu Mandiyase lying covered near the stormwater pipe that crushed him on Monday. His family want the Nelson Mandela Bay Municipality to take full responsibility for his death. Photo: Mkhuseli Sizani

A six-year-old boy from Govan Mbeki in Port Elizabeth died on Monday after he was crushed by a concrete stormwater pipe at a nearby church.

Phawu Mandiyase was playing with his friend on the grounds of the Methodist Church when the incident occured.

Phawu’s grandfather, Billy Mandiyase, 68, is now demanding that the Nelson Mandela Bay Municipality take full responsibility for his grandson’s death. However, the municipality has refused to comment on the incident until the police and its own investigation into the matter has been completed.

According to the community, four concrete pipes were left at the church after some were installed next to church by contractors hired by the municipality in 2019. Since then children in the area push each other in the pipes while some have even been caught standing on the pipes. The community say they have previously asked the municipality to remove the concrete pipes to no avail.

On Monday, Mandiyase said he watched in disbelief as Phawu’s tiny body was lying covered by a blanket in a puddle of his blood near the pipe. “Yesterday I went to the neighbouring township of Missionvale to feed my pigs. My grandson said he wants to sleep because he has a headache. He went to his room before I could leave the house.”

When he returned later that afternoon, Phawu’s twin sister and a group of their friends came running to him, crying that he was dead.

“I quickly jumped outside to check what was happening. The other kids said he was killed by a stormwater pipe in the church’s yard where they were playing. When I got there, the blood was coming out of his ears and mouth. The paramedics arrived and declared him dead,” he said.

Phawu’s mother had to be escorted home from the scene as she could not bear to see her son’s lifeless body while his paternal grandmother could be seen crying uncontrollably.

“This is too much for the family,” said Mandiyase. 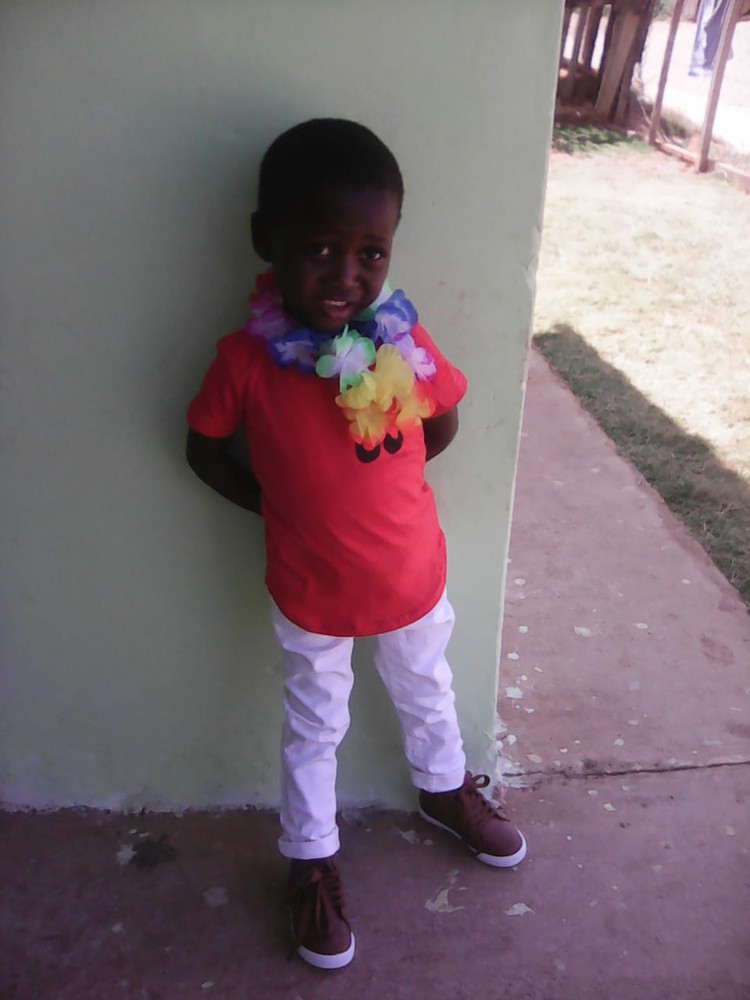 “The municipality’s negligence has killed him. If these pipes were removed immediately after the project was done this would not have happened. I want the municipality and the office of the ward councilor to take full responsibility for my grandson’s death,” he said.

Mthuthuzeli Mzini, a steward at the church, explained that he had asked the municipality to remove the pipes from the church grounds. He said a child had nearly drowned in the deep trench in 2019 and then former Mayco Member for Roads and Transport, Rosie Daaminds, decided to put the stormwater pipes there to prevent further incidents.

“The project started but only a few pipes were laid. Also the rubbish that was removed from this trench in order to lay these remaining pipes was never collected.

“Since these pipes were left in our church, I have been warning these kids about the dangers of playing here. I even asked the municipality several times to fetch these pipes,” said Mzini.

Ayanda Gcakasi, assistant to ward 33 councillor Nomazwi Sonti said that the pipes were part of a joint project between the municipality and Marine Salts after residents complained about the damages caused by water from this water channel.

“When it rained it would overflow [and] get stuck on Old Uitenhage Road before getting to the salt pans. Our councilor did ask the Marine Salts to remove these pipes and they promised to remove them. But that never happened,” said Gcakasi.

But Christian Joubert, mine manager at Marine Salts has pointed the finger at the municipality, saying the pipes were the City’s responsibility.

Next:  Have retired judges been given the chop?