Woodstock Hospital is largely unnoticeable from the bustle of Woodstock below. But a constant flow of people move in and out of its gates. Once disused and abandoned, 700 people now call this large state-owned property on Mountain Road home.

The hospital was illegally occupied in March 2017 by a handul of housing activists, campaigning for more affordable housing near the city centre (see GroundUp’s special series on the occupation). Most of the residents who occupied the hospital were facing eviction from their homes across the city. Over time, the occupation has grown, and been turned into a liveable home by its new residents. Relations between the occupiers and the City of Cape Town were adversarial to start, but recently have improved slightly.

Jameelah Davids was forced to leave her property in Chapel Street in Zonnebloem after the landlord hiked the rent from R3,600 to R9,600 per month. She and her husband took the landlord to court but lost. They found themselves on the street after three months. She took the opportunity to settle in Woodstock Hospital with her husband and two of her children, one of whom, Mubeen, is autistic. They have been staying at the hospital since the early days of the occupation.

“The community is close and I feel at home. There is a feeling of hope.”

Davids says she loves living in the hospital. “The community is close and I feel at home. There is a feeling of hope.” She’s even started a business from her new home, selling koeksisters on Sundays and catering for small events. “I just push forward … You’ve got to take every blow as it comes. That’s life man, life just goes on.” 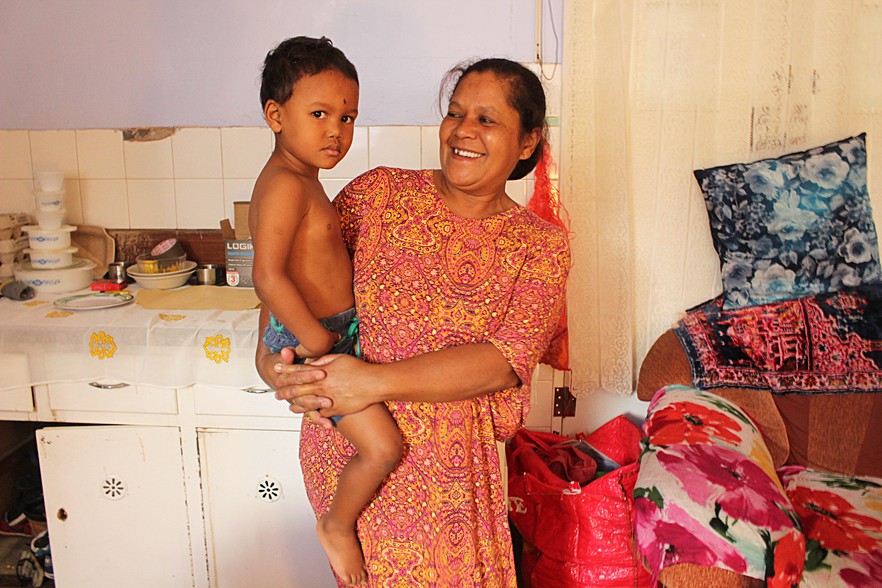 Nawhal Scheffers and her son moved into the hospital after being evicted last year. Photo: Masixole Feni

Nawhal Scheffers moved into Albert Road after her eviction from its namesake in September. Although she is struggling to make it her home, she is trying. “There is no running water … I had to bring in my uncle to connect the electricity,” she says.

The security guards are not allowing her to bring in any furniture, so instead she has to sneak it in. “The other day I had to bring in towels hidden in my shopping,” she says.

She partitioned her room, which was once an operating theatre, into a living room and a bedroom, where she stays with her daughter and grand-daughter. She also has a kitchen, from where she runs a savoury business. “I have just made a big batch of samoosas for Ramadan,” she says, “because that is when the demand will be high and I need stock.” 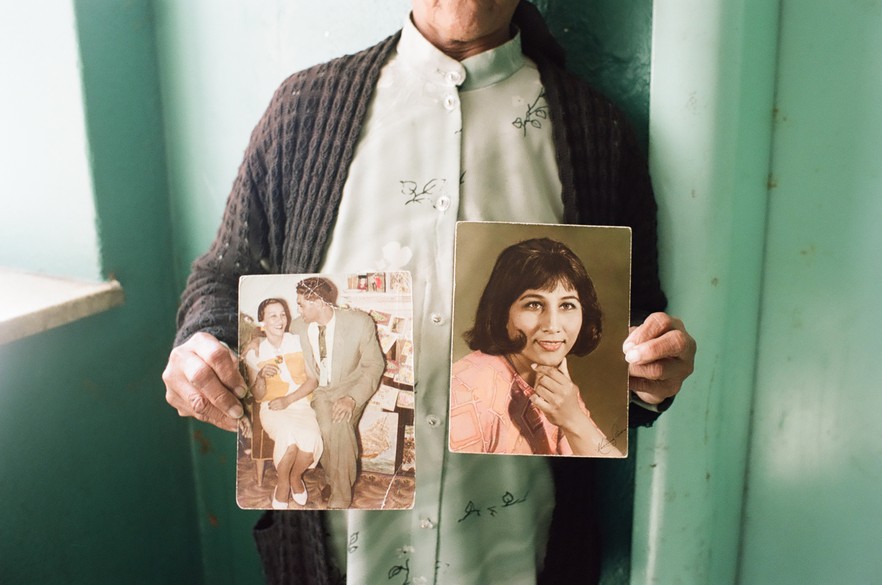 “I’ve seen too many photographs in my lifetime,” laughs Ghava Abdulla, who didn’t want her face to be photographed. The photos show her parents and her younger self. Photo: Sebastian Moronell

Compared to Albert Road, the Long Street section of the hospital is more established. It has a mix of shops, a crèche, and a protest banner decorating the common area. Ghava Abdulla has stayed in Long Street for over a year. She shows pictures of her parents and her younger self, which she had painstakingly hand-painted from black and white negatives. “I copied the negatives and then painted them using a chopstick … I remember exactly what colours they were wearing.”

She enjoys speaking of her youth where she worked in a photographic studio in Kimberley, the reason she does not want a photograph of her face taken. “I’ve seen too many photographs in my lifetime,” she laughs. Abdulla enjoys living in the hospital, but she does miss home. She was removed from District Six under the Group Areas Act and is still awaiting restitution as a claimant. “It is a long process … and we are still waiting. But one day I hope to go back.” 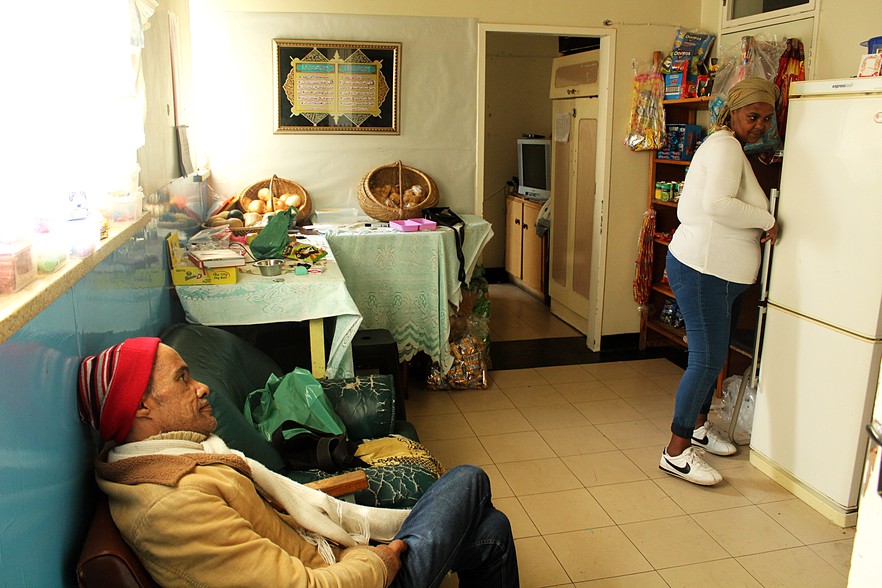 David Scholtz sits in Laeeqah Andrews’s shop that she has opened in the hospital. Photo: Masixole Feni 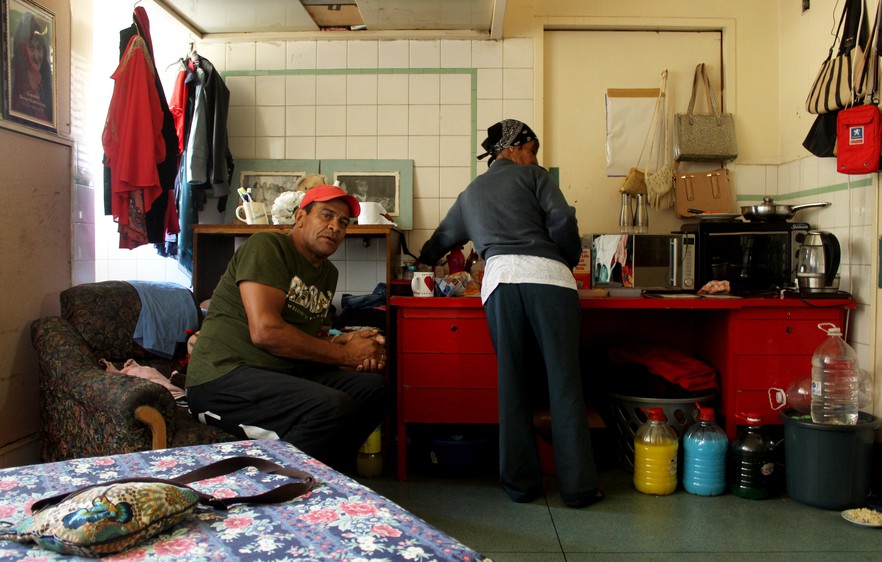 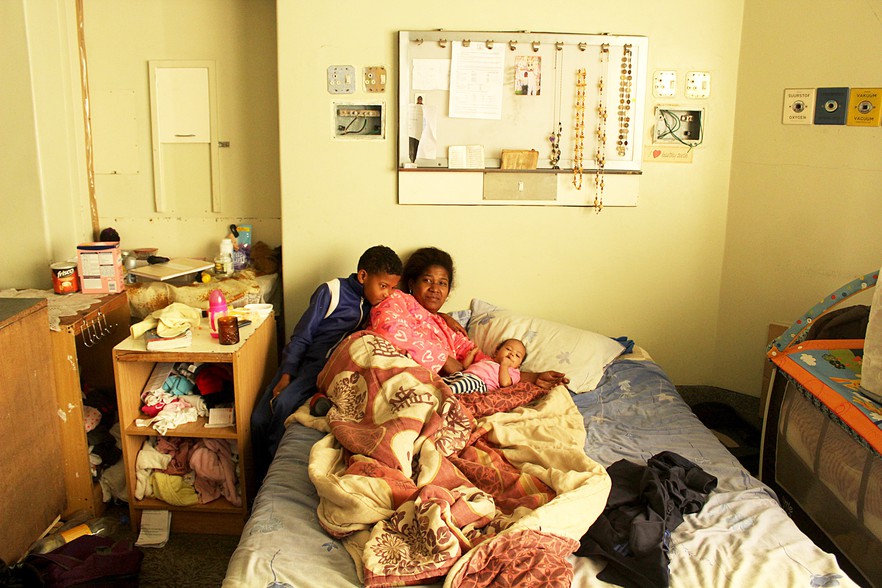 Soraya Jacobs and her two children lie on the bed as the mid-morning light warms the room. Photo: Masixole Feni

Next:  Quack claims about oxygen treatment are dangerous

I have seen most of the people staying here or know personally. Due to high cost of living and rent fees skyrocketing, its been a struggle for my friend Jameela Davids and family. I know its been a long struggle for her moving from one place to another and it's not easy.

I'm glad that she finally has somewhere to stay as I know its a struggle to keep her head above water and she is one of those people that can make everything work. Her son Mubeen is such an awesome kid. So much respect. I know many times she had to do work and still go and fetch him at the special school he attends. Mubeen makes anywhere his home as long as his mom is around.

If given the opportunity, I'm sure she is a benefit to any company and even there where she is trying also to make a living and keeping it real. There is quite a few people other than her that I know and it's hard. I hope all of them will get a place they can call there own after having waited so long.

I hope I can at least help and make the difference for anyone getting their own little place called a home.