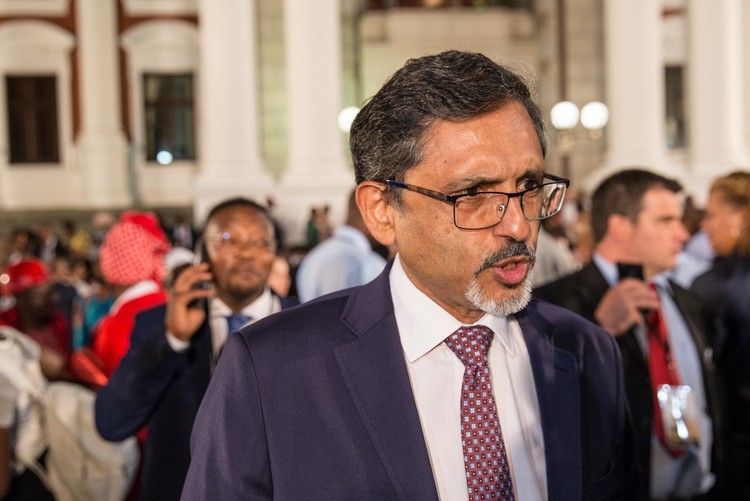 The High Court has dismissed an application by the National Lotteries Commission to set aside an investigation commissioned by Minister Ebrahim Patel to tackle corruption. Archive photo: Ashraf Hendricks

The Pretoria High Court has dismissed an application to set aside the appointment of independent investigators commissioned by the Minister of Trade, Industry and Competition in June 2020 to probe corruption involving the National Lotteries Commission (NLC).

The NLC, which brought the application against Trade, Industry and Competition Minister Ebrahim Patel in the High Court in Pretoria, was also ordered to pay the minister’s costs.

Patel has ministerial oversight of the NLC, which has been the subject of ongoing revelations of corruption and maladministration involving multi-million rand grants.

One of the main contentions in the NLC’s litigation was that Patel did not have the authority to order an investigation into the NLC and that the appointment of forensic audit firm Nexia SAB&T to investigate corruption in some grants was “unlawful and unconstitutional”.

The minister had earlier appointed forensic audit firm Nexia to investigate after several earlier probes commissioned by the NLC had cleared the organisation and members of its staff of any wrongdoing.

Nexia compiled a dossier of its findings, which included details about Denzhe Primary Care, a hijacked non-profit organisation that was used to successfully apply for grants totalling R27.5 million to build a drug rehabilitation centre near Pretoria.

Patel handed a dossier of Nexia’s findings to the Hawks but refused a request from the NLC for a copy, arguing that the report was “preliminary”.

Judge Brenda Neukircher said allegations against Denzhe Primary Care had initially surfaced in news reports. When the NLC appeared before Parliament’s Trade and Industry Committee on 28 November, MP’s had raised concerns about the disbursement of funds, particularly to Denzhe, the judge said.

MPs had grilled the NLC on several issues, including on an alleged conflict of interest involving the Denzhe grant and also on why the NLC had declined Promotion of Access to Information (PAIA) requests for details about the NPO’s Lottery funding.

The NLC was also asked by MPs whether proactive funding, which allows for funding to be allocated without receiving an application, was a “slush fund” to enrich a few people.

“Interestingly enough the NLC Commissioner’s response was that the NLC had conducted its own investigation into Denzhe and the outcome thereof is that the NLC had “absolved” itself of any responsibility in the matter,” Neukircher said in her judgment.

The NLC had also refused a request from Patel to supply a full list of projects that were proactively funded between 2016 and 2018. In a letter sent to former NLC board chairman Alfred Nevhutanda, Patel said this was “in order to provide public confidence in the proactive funding model”.

But the NLC argued that it had an “obligation” to protect “applicant and beneficiary information” and providing the information would also contravene both the Protection of Personal Information Act (POPI) and PAIA.

This led to an “impasse” between Patel and the NLC that lasted until 20 March 2020, when the minister wrote to NLC board chairman Alfred Nevhutanda: “The restoration of public confidence and the credibility of the NLC’s board with respect to addressing the NLC proactive funding is extremely urgent.”

Patel also said he would be appointing an independent investigation and issued an instruction that Phillemon Letwaba, the NLC’s chief operating officer, remain on “special leave” pending the finalisation of the investigation.

But instead of cooperating with the investigation, the NLC referred the matter to lawyers. “The lawyers, in turn, wrote a letter to the investigators “recording that the Commission may have no obligation to cooperate with them as the matter is sub judice,” said the judge. The lawyers asked the investigators to supply copies of their letter of appointment and terms of reference.

“However, this application had been launched six days earlier and so the letter to Nexus was simply an obfuscation, as the NLC quite clearly had no intention of co-operating with Nexus given the relief to set aside its appointment,” Neukircher said.

In coming to her ruling the judge, taking the Lotteries Act, the Public Finances Management Act (PFMA), and the Shareholders Compact into account, confirmed that Patel had the authority to order the investigation.

“When the [NLC] board refuses to account for its actions, it is difficult to imagine how, bearing in mind his obligations under the Lotteries Act and the PFMA [Public Finance Management Act], and his oversight functions afforded to him in terms of both, the minister has no obligations or would have no teeth,” the judge wrote.

“Furthermore, any action without an investigation has its own inherent issues.”

The NLC has applied for leave to appeal the judgment.

Next:  Ten years ago this Eastern Cape woman was told to move her shack to make room for her RDP house. Now she’s 74 and still waiting