Eviction orders not in line with Constitution, says legal organisation 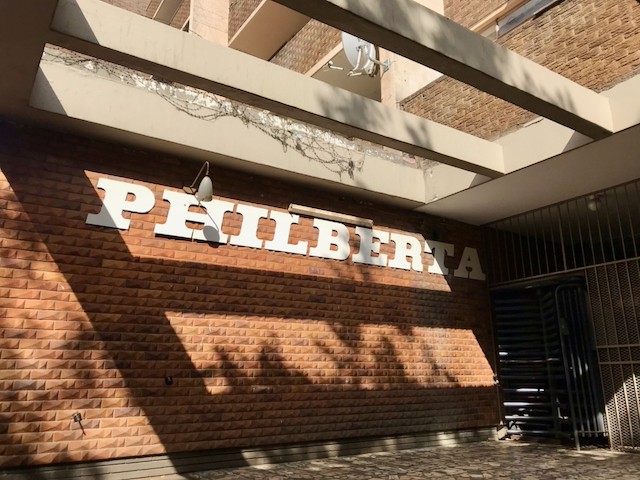 Philberta Court is a block of apartments in Hillbrow, Johannesburg. The Socio-Economic Rights Institute analysed the eviction orders in this and other blocks. Photo: Masego Mafata

Research by the Socio-Economic Rights Institute of South Africa (SERI) argues that the Johannesburg Central Magistrate’s Court has failed to implement the law in its eviction rulings.

SERI analysed eviction rulings by the magistrate’s court from 2013 to 2018 in 12 wards in Johannesburg’s inner-city, where many of SERI’s clients have faced eviction.

Researchers found 65 evictions granted by the court during this period. They were able to analyse 47 of them. Most of the applications were for tenants in Hillbrow and Yeoville.

Researchers analysed whether the court had implemented relevant legislation when granting evictions, including section 26(3) of the Constitution, the Prevention of Illegal Eviction from and Unlawful Occupation of Land Act (the PIE Act) and case law.

According to the Constitution and the PIE Act, evictions must be carried out using a court order. The PIE Act, which details the eviction procedure, states that occupiers must be served with a 14-day eviction notice and an eviction order from the court. The PIE Act also makes provisions for the City of Johannesburg to intervene and provide temporary emergency accommodation in cases where evictions lead to homelessness.

The report is the first output in its Evictions Research Series titled ‘Just and Equitable?’

Without legal representation, many evictees were not able to oppose the evictions by presenting “their version of events or any pertinent information to the courts”, said SERI candidate attorney Nerishka Singh, during the virtual launch on Wednesday. Singh is the lead author of the report.

This meant that eviction orders were often granted without considering whether the households would be rendered homeless by the order, even though a 2017 Constitutional Court ruling holds that evictions that lead to homelessness are unlawful.

Singh said personal circumstances would include the number of people being evicted and whether any of them were minors, disabled or elderly people. These are all protected groups under PIE, said Singh.

The researchers found that 41 of the evictions “relate to the non-payment of a monthly rental as opposed to a building being unlawfully occupied from the onset”.

At the launch, Siyabonga Mahlangu, from the Inner City Federation (ICF), said the procedure followed by the court in eviction rulings in the inner city was an issue it had been challenging for a while. ICF is a group of tenants and unlawful occupiers from buildings in the Johannesburg inner-city advocating for better housing and basic services.

Mahlangu said ICF has dealt with many eviction cases where evictees’ personal circumstances were not considered and they were rendered homeless. He said the eviction rulings by the magistrate’s court – which are the most accessible courts to people from low-income households – “oppressed the poor”.

Mbekezeli Benjamin, research and advocacy officer at Judges Matter, said the report highlighted the need to train magistrates and other judicial officials on the application of the PIE Act.

“Magistrates’ courts are an important part of our judicial system but they are under-researched. This report is useful in thinking about what happens in the magistrates’ court and the challenges people face in the system,” he said.

Based on the report’s findings, SERI made the following recommendations:

Previous:  High Court rules woman had the right to call out her rapist