It will be “catastrophic” if municipality loses R493-million grant, Amathole activists say 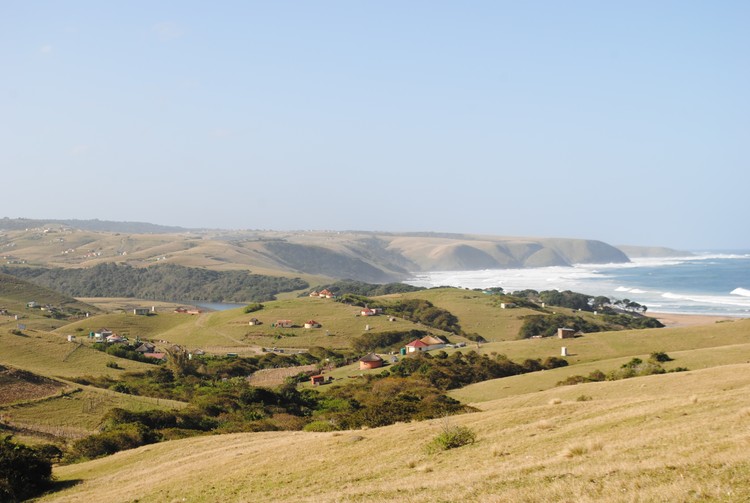 Nqileni Village, which falls within the Amathole District Municipality, is dependent on water from the Mncwasa Water Scheme, which is in desperate need of restoration and maintenance. Photo: Mkhuseli Sizani.

The Amathole District Municipality (ADM) risks losing a R493-million conditional grant because it has failed to spend the first R100-million portion. The Municipal Infrastructure Grant was allocated to the municipality in July by the National Treasury.

A large section of the Wild Coast runs through the district, including the well-known Hole in the Wall tourist spot. In the 2011 census, the municipality had a population of just under 900,000.

60% of the first R100-million was supposed to have been spent by September in order for the second portion to be released. Not a cent of the grant has been spent thus far. The municipality has blamed the underspending on staff protests.

The Department of Cooperative Governance and Traditional Affairs has asked the municipality to provide an explanation for the underspending, or risk losing the grant.

The ADM’s mandate is to provide water and sanitation to about 900,000 people. But it is bankrupt, has not had a clean audit in more than five years, and is under financial administration. It is plagued by political instability and currently without a municipal manager.

“The impact of losing this R500-million grant on the lives of ADM’s citizens is going to be catastrophic,” a group of activists and community members wrote in a statement on 18 October.

The group includes ward councillors, traditional leaders, and non-profit organisations such as Viva con Agua, Equality Collective, and Sonke Gender Justice. They say that the grant was allocated to several projects enabling the municipality to build and restore critical water and sanitation.

“We call on senior leadership at ADM, councillors and the provincial government to do everything in their powers to ensure that the R500-million grant allocation for our communities remains with ADM and gets spent where it is desperately needed,” the statement reads.

The group wants the ADM to publicly communicate how the municipality plans to save the grant, address under-expenditure, and meet the obligations of the Integrated Development Plan. They also want the ADM to address the delayed recruitment of a qualified Municipal Manager and the submission of financial statements.

The Mncwasa Water Scheme, finished in 2015, was built by ADM to provide water to 33,000 people. But only five years in, due to a lack of maintenance, the scheme started to give problems and is now barely able to supply water.

“This is just one example of the disintegration of water infrastructure emanating from the poor financial position of the municipality,” the group says.

Municipal spokesperson Nonceba Madikizela-Vuso told GroundUp that the planned spending of the conditional grant has been blocked by recent industrial action at ADM, which started in June and ended last week.

“ADM has plans in place to expedite expenditure of its conditional grant,” Madikizela-Vuso said. This included requesting assistance from the Municipal Infrastructure Support Agent, a national government body that supports local government.

Next:  “The municipality dumped us here like rubbish” says Gqeberha woman