Residents of informal settlements battled against flooding on Thursday as heavy rains fell across Cape Town.

The City’s Disaster Risk Management Centre on Thursday said that “approximately 500 structures have been affected”. 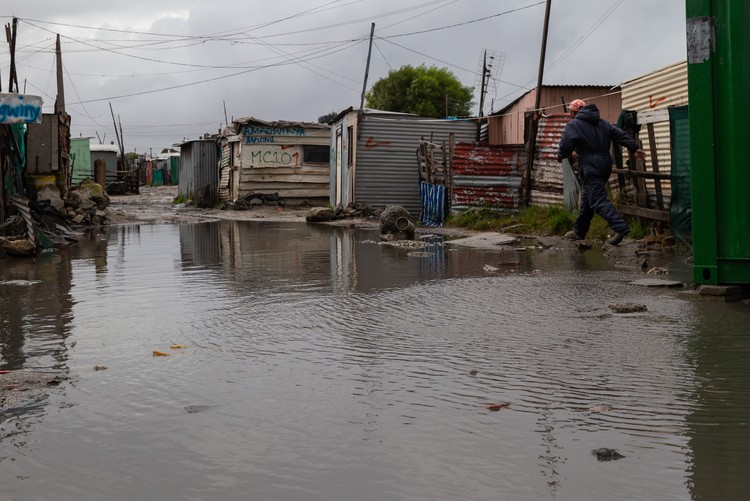 A resident walks along a flooded road in Marikana, Philippi. Photo: Ashraf Hendricks

Zimkhitha Sihlo lives with her three-month-old baby and 60-year-old mother. She says the rain wet most of their clothes stored in suitcases on the floor. When GroundUp visited she was using a paraffin stove to warm up the house. Her floor was wet.

“I have to keep the house warm because of the baby. I am worried. I don’t know what I am going to do if it rains tonight.” She took a day off today to dry the house and hang her clothes.

Moses Makundo from Zimbabwe was sitting with his wife and brother outside in front of a fire. In their two-room shack they had placed most of their clothes on top of the bed. Bricks are used to elevate the bed so it doesn’t get wet when the water comes in. 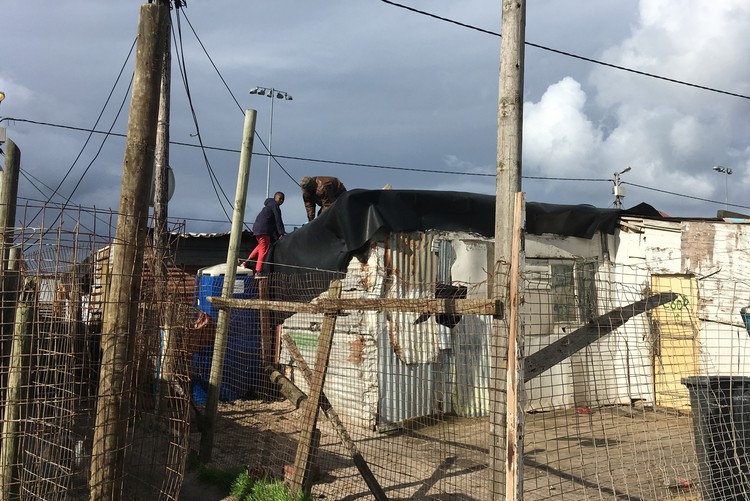 Residents repair a hole in the roof of Vuyokazi Titi’s shack in Overcome Heights in Vrygrond. Photo: Annie Cebulski

The South African Weather Service warned that gale force winds and flooding were expected across the Western Cape on Thursday and Friday. (Unfortunately a fake news hurricane warning also circulated on WhatsApp, and the City of Cape Town has asked news outlets to let the public know that it is fake.)

At Overcome Heights informal settlement in Vrygrond, residents were preparing for the rains. Community leader Fawzia Cassiem said the City’s Informal Settlements Department had brought plastic sheeting to protect the roofs from the wind. “I told the community that we can’t just sit around and wait for the rain, we must prepare,” said Cassiem. “We want to be prepared for heavier rains.”

A member of Cape Town’s Disaster Risk Management Centre surveyed the settlement and made an order to fortify the roads.

Ngxumza rents a room in a five-room zinc shack in New Rest. Like other tenants in the shack, she found her laundry and carpet soaked.

“I thought I’d get home and sleep. The landlord must fix the shack. I pay R850 including electricity,” said Ngxumza. 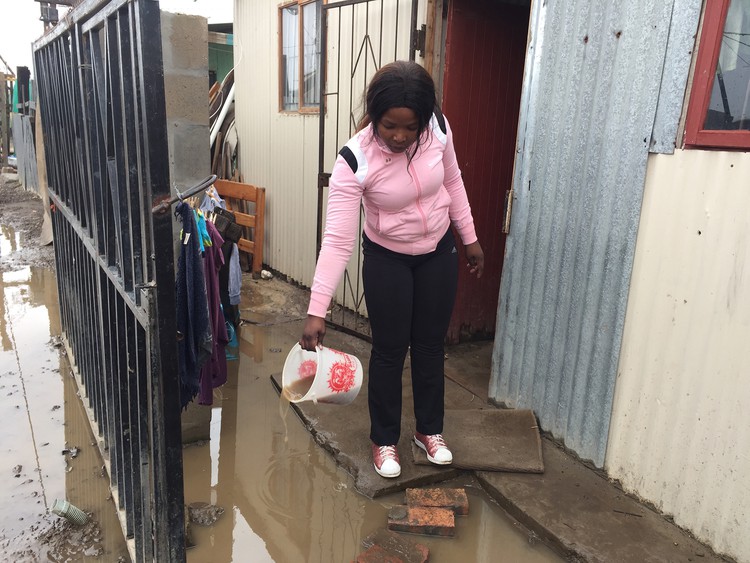 Another tenant who rents a room in the same shack, Neliswa Diliza said the landlord should do something to fix the shack. “I pay R1050 including electricity. The landlord must fix this shack. The City must give us our own space or put cement slabs around our shack,” she said.

Community leader Sinethemba Matomela said he had received several complaints from informal settlements in the area where shacks had been flooded. 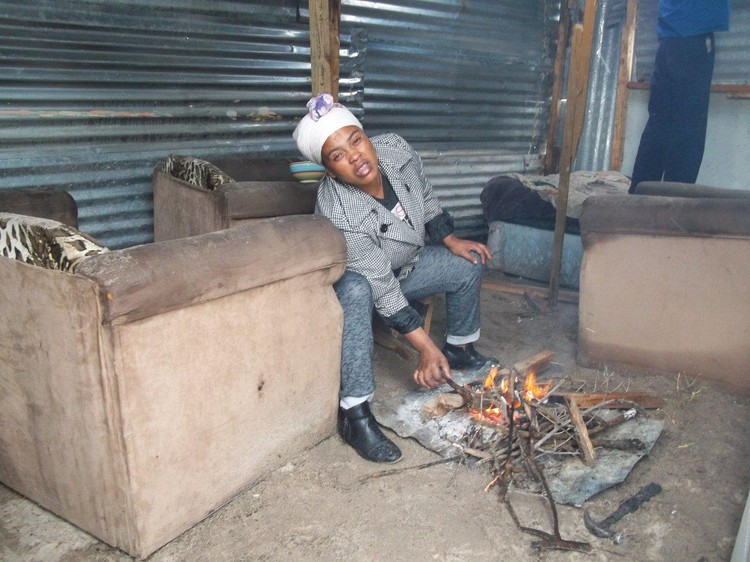 Kulakazi Nciya made a fire to keep warm and dry in her wet shack in Siyahlala informal settlement. Photo: Vincent Lali

The downpour also forced some residents to fix their shacks and dig trenches to reroute rain water in Siyahlala informal settlement in Khayelitsha.

Kulakazi Nciya got a handyman to repair her shack roof after it was blown off during the night. “I left my shack last night after my sister phoned and said she saw a weather report on TV saying a heavy rain was on the way,” she said.

Nciya slept on the floor at her sister’s place. “The rain has drenched my bed and sofas after the wind uprooted the roof.”

She made fire with wood to dry up the shack and keep it warm while the handyman repaired the roof when GroundUp visited her today.

“I will sleep at my sister’s again tonight because the shack still has leaks,” she said. 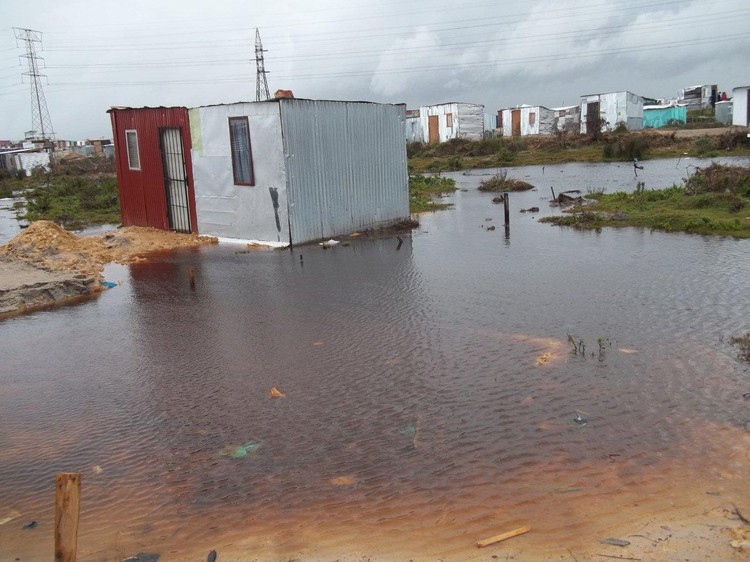