How to vaccinate the world against Covid-19: Lessons from the AIDS response 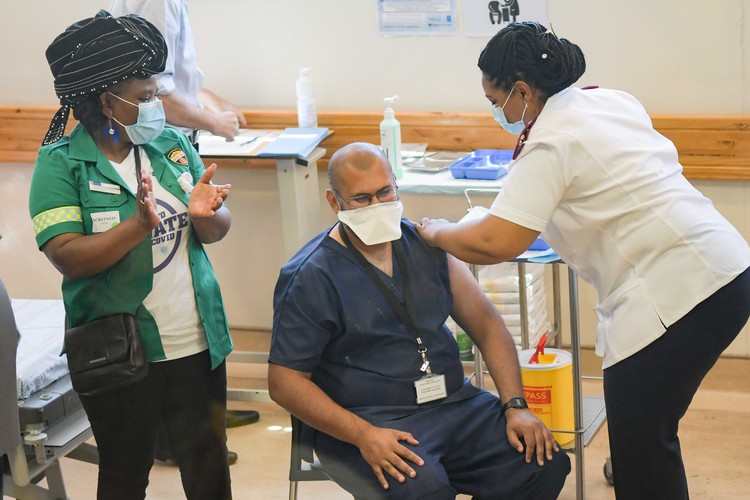 For many AIDS activists, the contestation over relaxing vaccine patents is a depressing rehash of the battle for antiretroviral treatment.

As Gregg Gonsalves and Fatima Hassan recently pointed out, claims that developing countries cannot produce sophisticated drugs were false during the AIDS epidemic and remain untrue today. Indeed, a recent vaccine summit heard evidence that manufacturers in Pakistan, Bangladesh, South Africa, Senegal and Indonesia could produce Covid-19 vaccines if they were able to access patented formulas and related know-how.

Many AIDS activists still working to promote global health have joined leading scientists and political figures (see this open letter) to support a proposal by India and South Africa that Covid-related patents be waived during the pandemic. Their activism, as in the past, is bearing fruit. Recently, President Biden swung around behind the proposed waiver, and the US has started donating vaccines to other countries.

This is an important step, but more needs to be done. During the AIDS epidemic, President George W. Bush launched the President’s Emergency Fund for AIDS Relief (PEPFAR) which was a game-changer in mobilising international resources and building capacity in developing countries. Biden needs to show similar international leadership on Covid-19 vaccines.

The pharmaceutical industry argues that patent protection is required to guarantee the profits necessary for continued drug development. Profits can obviously incentivise new drug discoveries, yet historically, vaccine development has not been a priority for the industry because chronic medication was always more profitable. It thus took substantial public funding and partnerships with universities to develop Covid-19 vaccines.

Under such circumstances, the moral and political argument for treating these discoveries as public, and for donating them to the World Health Organization’s Covid-19 technology access pool, is strong. Unfortunately, the urge to profit is also strong, and the access pool remains dry.

When Oxford University developed its vaccine, it promised to share its intellectual property, but just a few weeks later it signed an exclusive deal with AstraZeneca. The company is not earning royalties during the pandemic, is donating vaccines to poorer countries and apparently selling the vaccine at cost – but as critics point out, it (and Oxford University) stands to gain later, including through the sale of booster shots.

A patent waiver – and even the threat of a waiver – could help boost global supplies by encouraging pharmaceutical companies to produce more for the international market, and to offer voluntary licences and related technological support to partners in developing countries. This happened during the AIDS epidemic, especially after Brazil and India started manufacturing generic (non-patented) versions of antiretroviral treatment. These generic drugs formed the backbone of antiretroviral rollouts in South Africa and across the developing world.

Yet in the late 1990s and early 2000s, it was relatively easy for Brazilian and Indian scientists (with government support) to manufacture generic antiretrovirals. Modern vaccine production is substantially more complex, especially those like Moderna and Pfizer that use messenger RNA. Moderna has already said it would not enforce its patent, presumably secure in the knowledge that potential competitors face significant technological barriers even in the absence of patent protection.

Producing the Pfizer vaccine also requires substantial technological know-how and intricate supply chain coordination. According to a Pfizer spokesperson, the company’s vaccine requires 280 components from 86 suppliers in 19 countries. Overcoming such logistical challenges (and negotiating the thicket of patents on key ingredients) is a tall order for any firm, whether in a developed or developing country.

Even Johnson & Johnson’s more traditional adenovirus-based vaccine, which is less complicated to produce and manage, requires substantial transfer of know-how as well as patents. Biolyse Pharma, a Canadian company that focuses on cancer drugs, announced that it could produce 15 million doses of the Johnson & Johnson vaccine for Bolivia in a matter of months if it was provided with technological know-how, but that without such support, it would take more than a year, and require a new clinical trial.

An Indian manufacturer, Bharat Biotech, in partnership with the public sector, has developed, and is manufacturing, a different kind of vaccine – an inactivated coronavirus vaccine called Covaxin. This rests on older approaches to vaccine production, requires fewer inputs, but still needs high-tech facilities to deal with the biohazards involved in creating stocks of coronavirus. There are only a handful of Indian facilities capable of doing this, which shows that even with this technology, domestic capacity constraints are very real.

Domestic constraints are even more likely in South Africa, which has had no capacity to produce vaccines for twenty years. A patent waiver (or threatened waiver) will probably enable South Africa to import more vaccines if global production increases. But, as is becoming clearer each day, South Africa may have a bigger bottleneck with the logistics of actually vaccinating people, than getting vaccines into the country.

Patent waivers are useful but on their own will not solve our global problem with vaccine production and distribution. Far bolder initiatives and international leadership is required – especially from the US.

A recent New York Times editorial called on President Biden to “vaccinate the world” by boosting vaccine production in the US and supporting groups like Gavi, the Vaccine Alliance – an AIDS-era initiative that provides discounted vaccines. It also called for more meaningful transfer of technology to other countries.

As the pandemic has taught us over the past year, vaccine nationalism is at best a short-term solution for the advanced capitalist countries. Leaving large parts of the world unvaccinated simply creates opportunities for further escape mutations to arise and spread around the world. To fight Covid-19 successfully, all countries need to be able to monitor local variants, and to be assisted through global collaborations to design and produce appropriately targeted vaccines and booster shots.

This will require US funding and a new PEPFAR-like global political initiative. President Bush defended PEPFAR on moral grounds as the right thing to do. President Biden can also portray the new initiative as morally justifiable, but his position will be easier politically as it is also self-evidently expedient for the US to create strong capacity to respond to Covid-19 around the world.

Nattrass is a professor at UCT. She has written extensively on the HIV epidemic and wrote the Treatment Action Campaign’s economics affidavit for its famous mother-to-child transmission prevention court case in the early 2000s.