No toilets, no water, no electricity in Tshwane settlement after 18 years 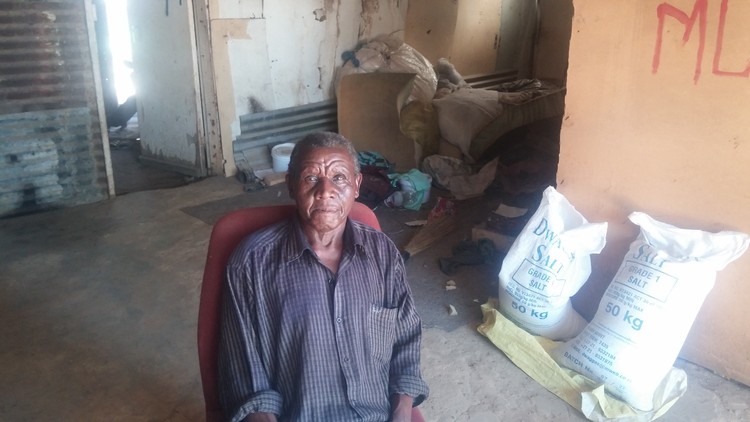 Samson Maleka was one of the first to move onto the land which now houses the settlement of Gomora, in Tshwane. Photos: Chris Gilili

Samson Maleka was one of the first four people to move into what has since become the crowded settlement of Gomora, in Tshwane. That was in 2004. Since then he’s taken part in protests and marches, and seen politicians come and go, but nothing has changed where he lives. The government, says 72-year-old Maleka, has snubbed the people of Gomora.

Like most others in the settlement which residents say numbers 2,500 people, Maleka has no toilet and there are no communal toilets. He shares one with a neighbour who dug his own pit toilet. Most people use buckets to relieve themselves and empty the buckets in the evening in the bush behind the settlement.

There are no roads, only dirt tracks, and no electricity. About 400 households in one section share a single standpipe. There is a satellite clinic but it is open only certain days a week.

When Maleka came to the area it was bush.

“We struggled so much at first, we had to chop down the jungle ourselves. There were no roads,we made the streets also. We used fire to cook as electricity was also not there.”

He and the other early residents were former backyarders in nearby Hercules, mostly gardeners and domestic workers. “We were tired of paying the rent in the backyards,” said Maleka. 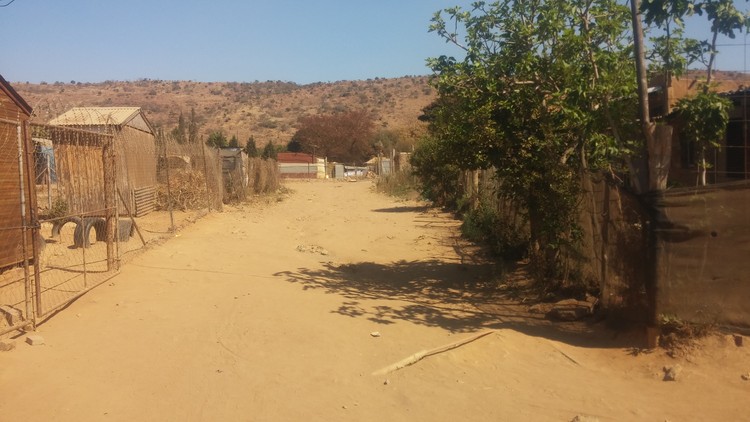 The settlement of Gomora dates from 2004.

Maleka first built one tiny shack, which now has three bigger rooms. His neighbours moved in a little later. He says the settlement was named Gomora in tribute to the resilience of the residents of Alexandra, sometimes nicknamed Gomora.

“I was working as a general labourer here in Hercules back in the day. The surburban house owners used to chase us away saying they don’t want shacks here, but we would come back and stay again and again, until they stopped removing us.”

“Life is just very bad and a struggle here. We need water and electricity in our yards. We have been fighting for too long. I am just hoping before I die, we can see some development in this place. What are we voting for, if this is the quality of life we will die living,” Maleka said.

In order to get water, he walks about ten minutes every day and queues at the communal stand pipe.

“I have been part of every protest action to get this place developed and recognised. In 2011, I remember, that was the first time we organised ourselves. We protested for service delivery and for Gomora to be developed, but nothing followed. In 2017 again we barricaded roads with burning tyres calling for services but we got nothing,” said Maleka.

Most recently, he said, the community marched in November 2020 to Tshwane House, and handed over a memorandum of demands. They were asking for Gomora to be formalised and get services such as water, electricity and sanitation like other areas. This has not happened.

Mary Shangoane, 69, was also one of the first residents of Gomora.

“When we arrived it was just a jungle. We fought. I walked about three kilometres to get water from a reservoir up in the hill. We eventually dug deep a few years back and illegally connected to a pipe underground. That’s how we managed to bring water,” said Shangoane.

“We are tired of voting for nothing. Government knows this place exists during election time, but still we don’t have services,“ she added. 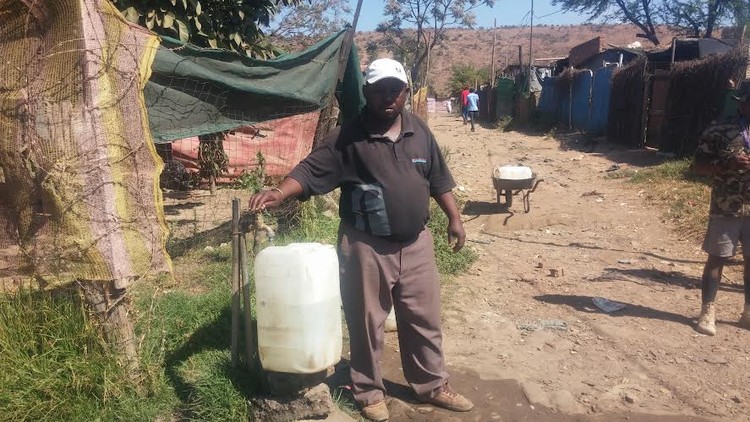 Tshepo Sebotuma fetches water from the standpipe residents set up.

Resident Tshepo Sebotuma said, “The queue for water starts as early as 5am in the morning, when kids are preparing for school. It’s a painful sight to watch, seeing old people struggling for water. We know of no democracy in Gomora. The pain here is visible in your eyes, it doesn’t need any explaining.”

According to residents the area used to be a brick manufacturing factory.

“The City of Tshwane is very aware of the problems confronting us in Gomora,” says community leader Mohale Malatjie. “I can simply say they don’t care. There is no electricity, and now and then we get incidents with shacks burning, as people sleep with lighted candles. For years, the City has said it needs to first formalise this settlement before rolling out electricity, but it is failing to do that.”

According to the City of Tshwane, there are plans to formalise the area. Head of Human Settlements Sello Chipu said the City was in the process of reticulating water and sewerage in the area and residents would be issued with title deeds once the township had been proclaimed.

But Samson Maleka and Mary Shangoane are not holding their breath.

Previous:  Bleak future for Zimbabwean families depending on breadwinners in South Africa