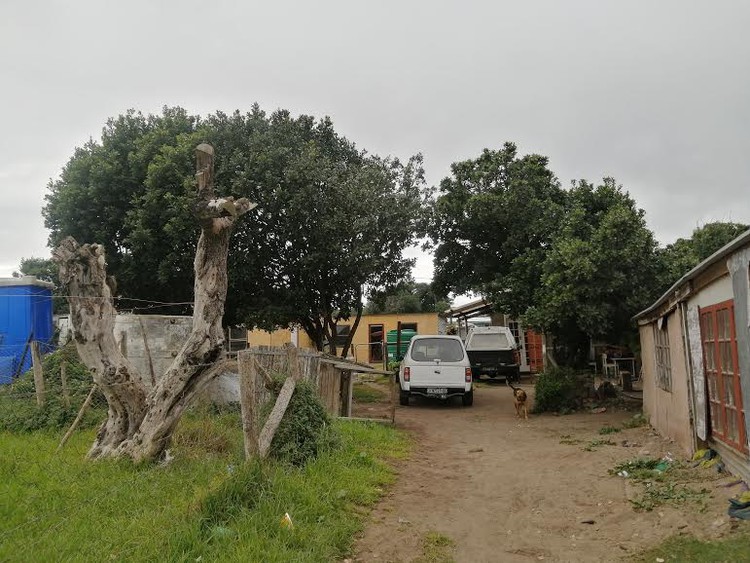 Residents of Seaview informal settlements are sceptical about municipal assurances that they will be given houses on new land. The municipality says housing cannot be provided in the settlements, partly because of the presence of “protected vegetation”. Photo: Mkhuseli Sizani

Shack dwellers in Seaview, Gqeberha have told local politicians to build them houses or go looking for votes from the indigenous trees. They say municipal officials have told them the land they are living on contains indigenous trees and cannot be developed.

The settlement of New Rest was established decades ago by domestic workers and gardeners who work in nearby Seaview. Neighbouring Zweledinga was built when New Rest became too crowded.

“I am 48-years-old. I was born and bred here,” said Melumzi Mbombo, chairperson of the New Rest Committee. “But I still live in a shack.”

“This area was started by job seekers from as far as Alexandria near Port Alfred who came to Gqeberha. They started the area by living under plastic under these trees.

“My parents lived under these trees like initiates because they wanted to be closer to Seaview suburb where they were getting jobs. When they went to work, they had to dismantle the plastic in order not to be arrested by police.”

He said the settlement had since expanded and living conditions were deplorable.

“There are about 350 shack dwellers here. We share 28 stinking chemical toilets which we are unable to use on hot days. Many people still relieve themselves in the bushes. Rubbish is not collected. There are five standpipes and four of them are broken.”

The municipality says suitable land for housing has been identified and purchase is expected before the end of the year.

Mthubanzi Mniki, municipal spokesperson, said, “Land acquisition process is underway as the residents are correctly saying where they are, land is restricted. Finalisation of purchase is expected before the end of this year. Thereafter the development processes will commence.”

But residents are sceptical. “Every year we are being told by the municipality that it is busy buying land to build houses for us,” said Msindisi Barends, community leader of Zweledinga. “But until now that never happened.”

“Our leaders only know us when they want our votes,” said Mbombo. “But when it’s time to deliver they make excuses about these trees.

“It breaks my heart to see newly established areas being developed when this area is very old. Seaview suburb is developed every day but there are no complaints about these indigenous trees there. “

“As this community we have taken a decision that whoever comes and campaigns here for our votes in the local government elections should first address our housing needs or else seek votes from these indigenous trees,” said Barends.

“We established this area in 1992 with the aim of reducing overcrowding at New Rest. The municipality only put two standpipes in 2004. We had to build three additional standpipes out of our pockets because we have about 300 shack dwellers here.

“We only received street lights in January after we protested last year in September for electricity. But the municipality is refusing to electrify our shacks. This situation has forced us to make illegal connections because when we chop these trees for wood we get arrested.”

Asked about the issue of indigenous trees, Mniki said only: “Yes, the issue of protected vegetation is another delaying factor.”

Next:  Government buys farm in Ventersdorp for evicted farm workers