And Saaberie Chishty Society helps get people vaccinated outside their homes 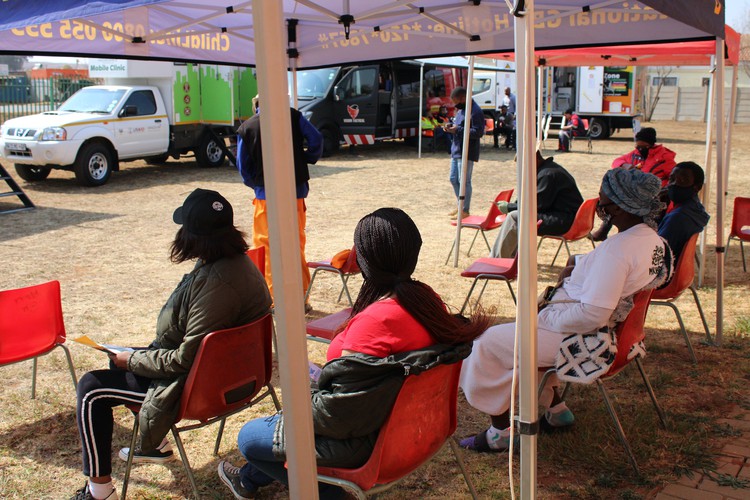 Some residents of Lawley, south of Johannesburg, were vaccinated just outside their homes on Tuesday.

This was part of the Gauteng government’s efforts to ramp up the vaccination rollout in the CIty of Johannesburg. The City reached the one million mark for the total number of people vaccinated on Tuesday.

David Makhura, Gauteng Premier, said, “We are concerned that the vaccination rate has slowed down in the past seven days. We have reached the one million milestone, which is very important, but we still have a long way to go. We have about 4.2 million adults in Johannesburg,” he said.

The Gauteng government has set up mobile vaccination sites in Lawley and Orange Farm as well as in the Kokotela and Drieziek informal settlements, operational from Tuesday until Friday.

Makhura said this was ”an area with one of the lowest numbers of vaccinated people in Johannesburg”.

Through a collaboration with the Saaberie Chishty Society, a Muslim organisation running ambulance and burial services in the south of Johannesburg, the government also embarked on a door-to-door campaign to encourage people to get vaccinated.

Lawley resident Thembekile Tshabalala, 41, received her vaccination right outside her home, from the Saaberie Chishty ambulance.

“I had registered and I got my SMS but I was too scared to go to the vaccination site last week. I am glad that I finally got the vaccine, though, and it was convenient that it happened outside my house,” she said.

“I can see now that the vaccine is not harmful. I got my jab and I am fine. I would encourage other people to do the same, to protect themselves from the dangers of Covid-19,” said Tshabalala. 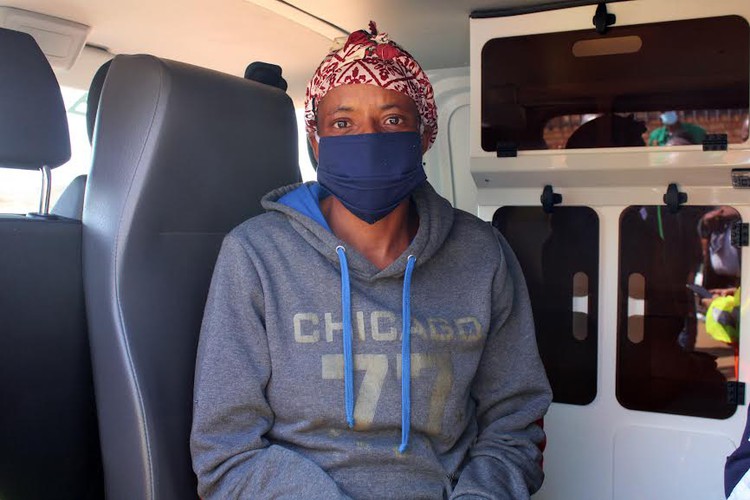 Collinacia Thingahangwi, 40, who also received the vaccine outside her home, said this had saved her the trip to Ennerdale where she had been scheduled to receive her vaccine on Thursday.

“I would have probably walked to Ennerdale because I don’t have the R24 taxi fare. It would have been a far walk,” she said.

Thingahangwi said mobile and pop-up vaccination sites enabled more people to access the vaccine. “There are a number of people in the community who can’t travel, either because of old age or because they cannot afford the transport,” she said.

Lawley resident Marvelours Baloyi, 40, said he would go to the vaccination site at Berea where he had an appointment. He said he had initially been hesitant, but he had seen through older people’s experience that the vaccine is safe.

“A lot of people are scared because there are so many rumours, but getting this vaccine is no different to getting other vaccines like the Polio vaccine, for example,” he said.

Meanwhile, at Lawley Fire Station, 115 of the available 150 Johnson and Johnson vaccines had been used by 1pm, said Sandile Gwayi, Johannesburg Health District communication manager. “We have also used about six of the 30 Pfizer vaccines, so the turnout has been good,” he said.

But, said Gwayi, “Very few men have come to receive their vaccination here. Getting men to come and vaccinate is a challenge and we would like to appeal to men to come forward. The vaccination is the way to health,” he said.

Luisa Nhantumbo, 55, who arrived at the fire station at 11:00 to get vaccinated, said she was happy with the smooth process. “The healthcare workers explain everything to you. People must not be scared. They should just trust the facts and get vaccinated,” she said.