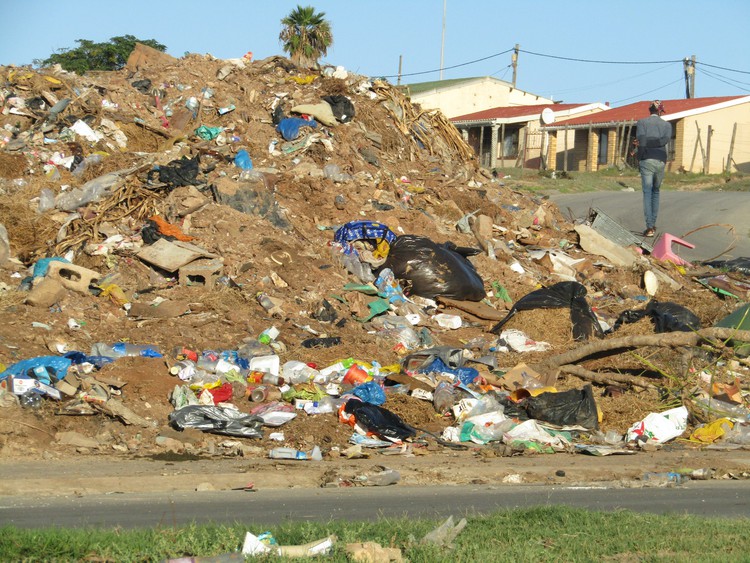 Residents have taken to dumping uncollected rubbish in front of the homes of municipal workers. Photo: Thamsanqa Mbovane

When GroundUp visited the area we counted more than 1,000 wheelie-bins filled with stinking rubbish lining the streets of ward 47 in KwaNobuhle because of delays in rubbish collection.

The Nelson Mandela Bay Municipality says it has 36 trucks for the 60 wards but 24 are “booked in for repairs”. The situation has not improved much since February, when GroundUp reported that 25 trucks were in for repairs. Municipal spokesperson Mamela Ndamase says 27 trucks have now been hired to deal with rubbish, but residents are not impressed.

Resident Simphiwe Made said on Thursday: “Waste trucks have not arrived today and are always delayed. This makes some residents dump rubbish,” he said.

A municipal worker who asked not to be named said residents dumped rubbish in front of the workers’ homes when there were delays. “They say this is to punish us for not collecting wheelie-bins on time,” he said.

He said that every time he goes to or comes from work, he sees stinking rubbish being dumped in front of his house, in KwaNobuhle township.

The worker said: “I keep quiet because I know that our town and township is dirty and it’s us, the workers, whom residents blame.”

He said he worked as both a truck driver and a mechanic, fixing tipper and wheelie-bin trucks at Cuyler Street depot in Kariega.

The worker said the rubbish trucks at his workshop have burst tyres, faulty brakes, wiring and engine problems.

“We have enough trucks on the ground,” Ndamase said, adding that workers who are intimidated through rubbish dumping in front of their homes must report the matter to authorities. 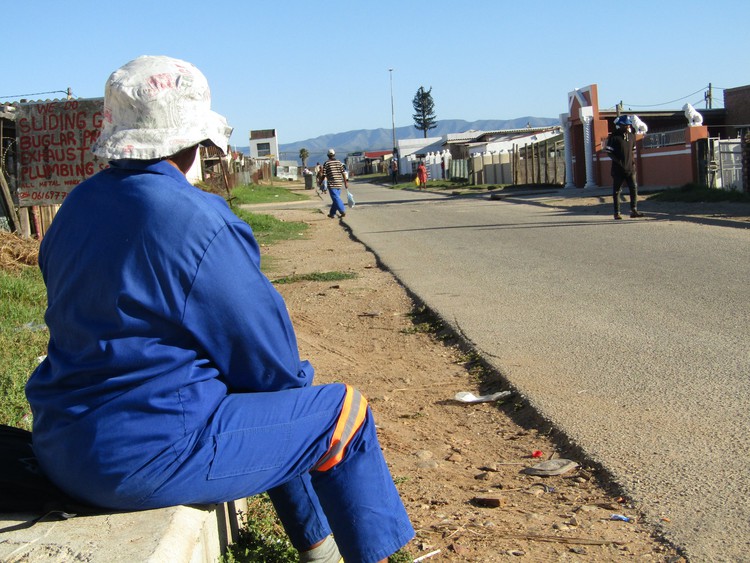 A municipal worker waits to join the rubbish truck team, which is late. Photo: Thamsanqa Mbovane