Nyameka Goniwe, widow of Matthew, died a week ago. 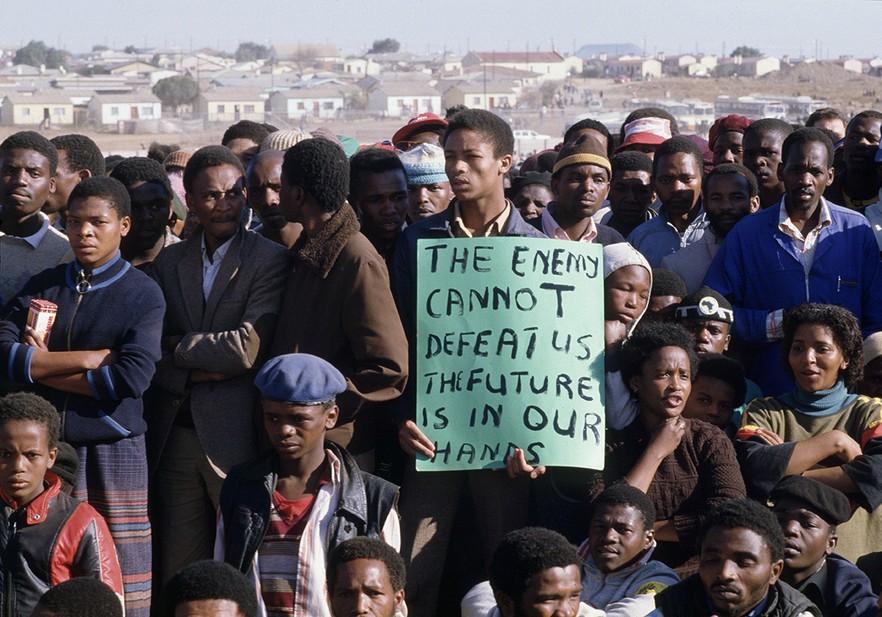 Nyameka Goniwe, widow of Matthew Goniwe, died a week ago. Matthew was an anti-apartheid activist and one of the ‘Cradock Four’.

An activist in her own right, who participated in local government in later years, Nyameka died at age 69 – just over 35 years after the death of her husband. Matthew’s funeral was an iconic event in the history of the turbulent 1980s.

Matthew and the other members of the Cradock Four – Fort Calata, Sparrow Mkhonto and Sicelo Mhlauli – disappeared on 27 June 1985 after attending a UDF meeting in Port Elizabeth. Their mutilated bodies were later found in the Blue Water Bay area outside the city.

At the time, the government released a statement attributing their deaths to “black-on-black violence”. However, it later emerged – as the community already suspected – that they had been murdered by members of the security police.

The funeral took place in Lingelihle, Cradock’s black township, on Saturday 20 July. I attended the event, which became an early showcase of resurgent black resistance to apartheid. At the time, I worked for the Cape Times, and had driven up-country to try to gain a better understanding of the political ferment radiating out from the Eastern Cape. The weekend is indelibly etched in my memory. 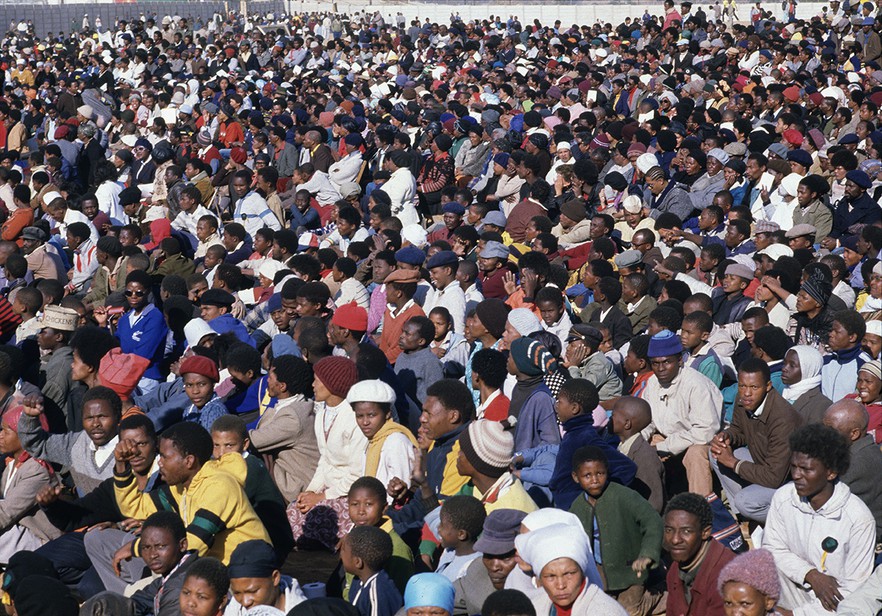 I drove into Cradock on the Friday. As I neared the town, I drove through several military roadblocks, set up in an attempt to stop buses carrying people from Johannesburg and elsewhere from entering the town. The town was jammed with military vehicles, and sandbagged military strong points had been set up at its entrances. I booked into a small local hotel.

Crowds started gathering in Lingelihle the next morning. First, people congregated outside the Goniwe home, where a brief ceremony was held. The main event got under way later in the morning, on a soccer field in the township. Groups representing various local and national organisations marched past, holding placards, standards and banners. 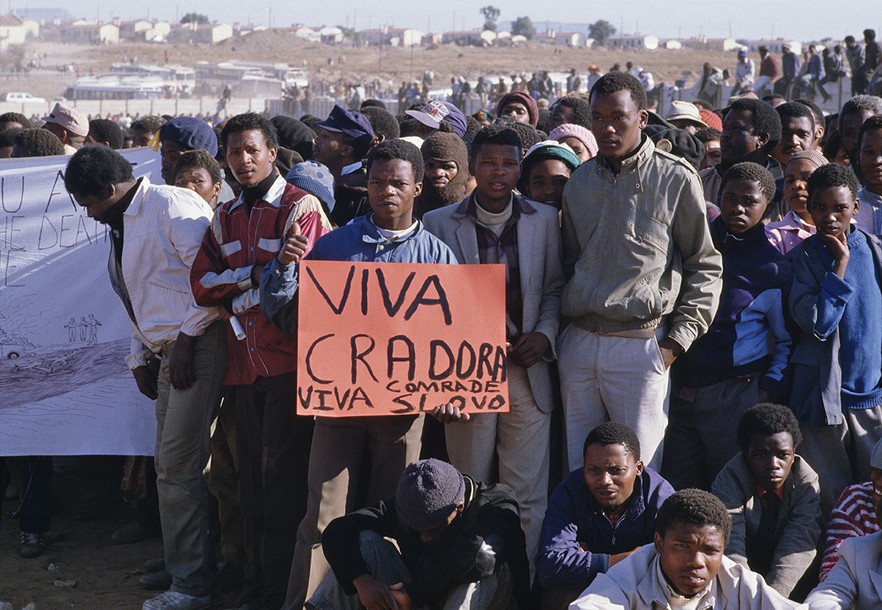 The gathering was addressed by Allan Boesak, Beyers Naudé and Steve Tshwete, among others, and a message from the then president of the ANC, Oliver Tambo, was read out.

A major surprise came when mourners unfurled a giant red South African Communist Party banner – an act of defiance which was unprecedented at that time. It was very cold, and the flags and banners stood out vividly against the drab backdrop of the township and under the clear Karoo winter sky. 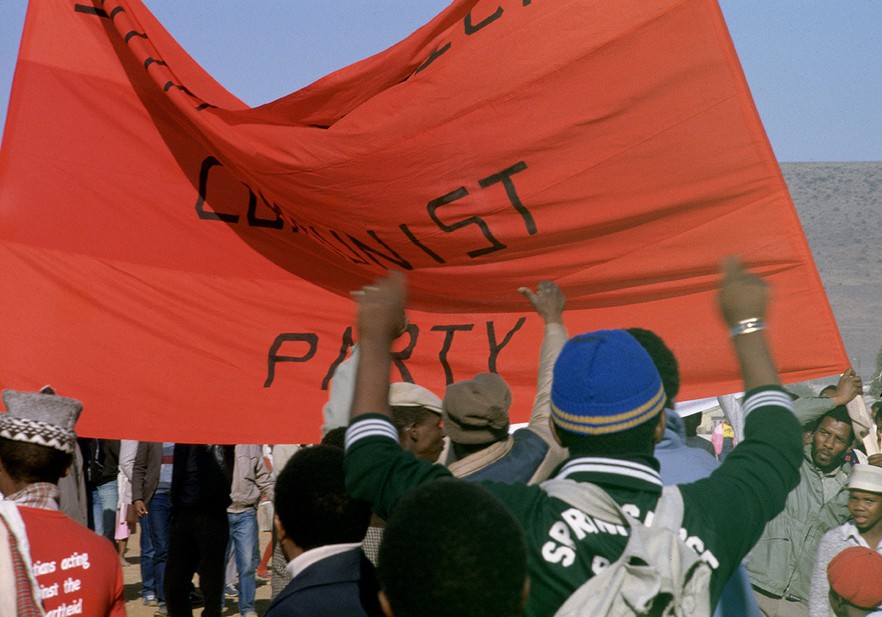 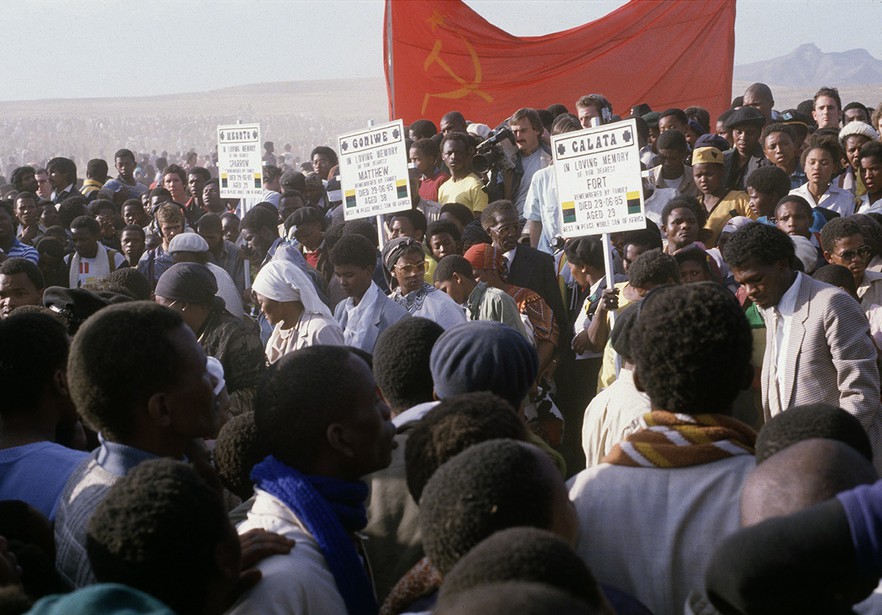 The gathering was peaceful, and the security forces did not intervene. Armoured vehicles were visible in the distance, with commanders peering at the proceedings through binoculars.

I returned to the hotel in the afternoon. It was packed with off-duty servicemen, eating in the dining room and drinking in the bar. In the early evening, then president PW Botha declared the first state of emergency, in 36 of the country’s 260 magisterial districts. As he spoke on television, servicemen and other patrons burst out cheering.

I took these photographs in the course of the funeral. They have never been published. Today, some three and a half decades later, I look at them with mixed feelings. Among others, Cradock and Lingelihle, have had a troubled post-apartheid history. I wonder whether the people in these images would feel they have really been liberated, and, if not, who or what they would now regard as their enemy. 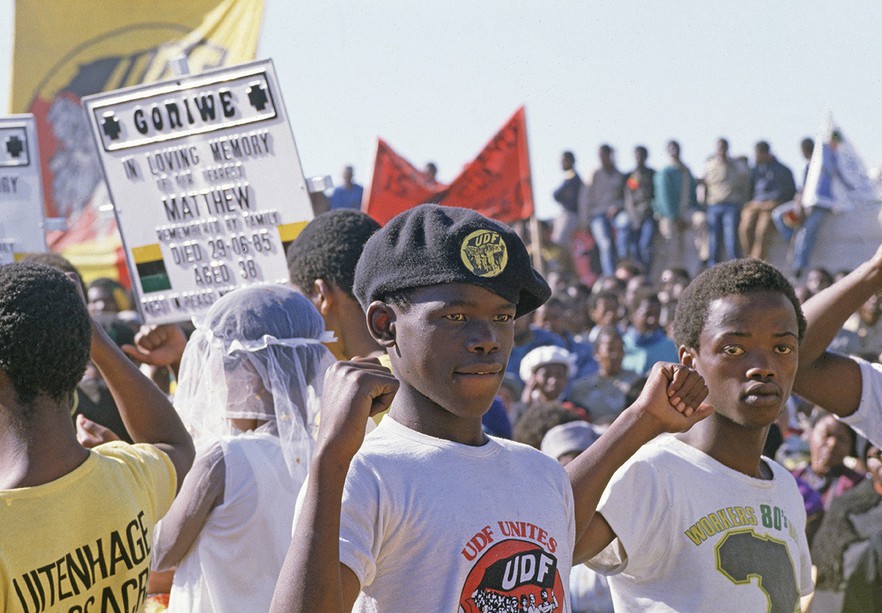 Riaan de Villiers is a writer, journalist and publisher.

Next:  Councillor accused of demanding sex for job

The future has been in the hands of the youth and African people for a quarter-century, yet there is still the same homelessness and poverty we saw under apartheid. It's not the enemy defeating you but the very people you voted for. Today, who are the people with good, secure jobs and nice cars and houses? The very people the voters put there. In Germany, 1945, virtually the entire country had been flattened by Allied bombing. The Nazi political structures that were far worse than SA's apartheidists' had been dismantled with most of the leadership executed or jailed. Yet, 25 years later in 1970, the German people had re-built their houses and transformed their liberated but flattened country into one of the wealthiest in Europe. The ANC could easily have copied the German model but they chose to build Nkandla-styled castles instead. The very people who held the future in their hands in 1995 joyfully chose to support them.

This article is not published under GroundUp's usual licensing terms. It is not Creative Commons. Please do not copy it without the permission of Riaan de Villiers.