Over 20 families have spent 12 years living in shipping containers on the corner of Larotholi Avenue and Rhodes Street, Langa. Each of the 11 containers houses two families, partitioned with ceiling boards.

The 22 families were moved in 2006 from the New Flats hostels (among the oldest hostels in Langa) under the City of Cape Town Hostels Redevelopment programme.

Nomsa Lawu lives in her half of a container with her three children. There is barely space to move. The stove is up against the bed, which stands on bricks to create storage space underneath.

“They said it was temporary – for three months. They said we would benefit from the then housing project … Can 12 years be still considered temporary?” asks Lawu. “They left us here with no toilets and no electricity.”

Her neighbour is Phumeza Qhutyelwa; she lives with her 75-year-old mother and three children. A double bed takes up most of the space. They family keeps clothes and bedding in plastic bin bags. She says the containers have mould.

Qhutyelwa says this is a humiliating way to live. “There is no electricity here; no toilets. We have to go knocking on people’s doors to ask for these services.”

“At night you must hold … We use the buckets for the children,” says Qhutyelwa.

Life was better in the hostels as bad as they were, she says. “We had toilets and electricity and, yes, there was not much privacy because we shared with other families, but I could move around my place … Not like this.”

Mayco member for Human Settlements Malusi Booi said, “During the implementation of the hostel conversion programme, some people unfortunately could not be accommodated in the converted units because the development was only confined to the hostel footprint, hence there were more people than the available units.”

Booi said the container residents would be accommodated in Phase 2 of the Hostel Transformation Project in New Flats. “The residents are also represented on the New Flats Project Steering Committee which informs them of the project’s progress. In terms of the project, the tender publication will commence once the zoning approval has been finalised … If all goes as planned, construction will start mid next year,” said Booi. 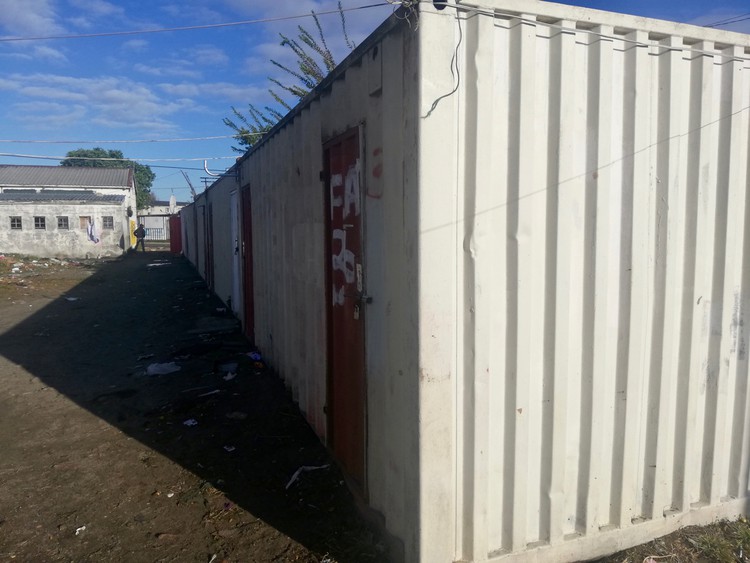 Twenty-two families live in 11 shipping containers on the corner of Larotholi Avenue and Rhodes Street, Langa.