No progress since 2013 on Eastern Cape housing repair project 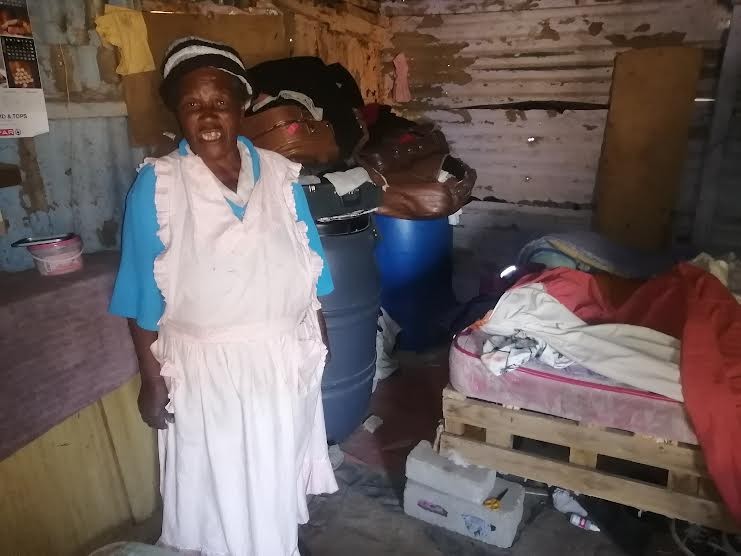 Mavis Bambiso is still stuck in a zinc house built by the apartheid government after floods in 1976. Photo: Mkhuseli Sizani

Eastern Cape families who were displaced by floods in 1976 are still waiting to be properly housed, after successive delays by the Raymond Mhlaba municipality and the province.

In 1976, floods hit the two community’s in Bedford in the Eastern Cape. The apartheid government relocated 172 affected families into zinc houses in Bhongweni township. Then, in 2006, they were told by the municipality to demolish their shacks so that brick RDP houses could be built for them on the site. But the project suddenly stopped in 2008, with only about 92 houses completed, apparently because of delays in payment of the contractors by Inxuba Yethemba Local Municipality, now the Raymond Mhlaba Local Municipality.

The 92 houses which were built, turned out to be faulty, as the provincial Department of Human Settlements found in 2011 following a series of complaints from residents.

Community leader Ruben Gazi said the department had recommended that the houses be demolished and rebuilt. “They had huge cracks on the walls, built with too much sand and too little cement. They had no ceilings and cement floors.

“The rectification project started in 2012 but in 2013 it suddenly stopped again, due to non-payment of the contractors. My late mother Lina Gazi was one of the flood victims, who died in 2017 while waiting for her RDP home to be built.”

Mavis Bambiso, 74, lives with her family of seven in a tiny two-room shack. She demolished her bigger shack in 2006 to make way for the RDP house she thought she’d be getting. She is still waiting.

“We thought that our lives would change for the better. The project started very well and we were all excited. But it suddenly stopped and contractors left without an explanation,” she said.

“This ANC government is just using us for our votes. The officials only come during the election campaigns and take photos of our living conditions and promise to build us houses,” Bambiso said. “But after we vote the local leaders are nowhere to be found.”

“I want President Cyril Ramaphosa to build me a place that my children will call home. My shack is always cold and leaking. My grandchildren sleep on a wet floor.

“I have asthma and high blood pressure. These wet conditions are not good for my health,” Bambiso said. 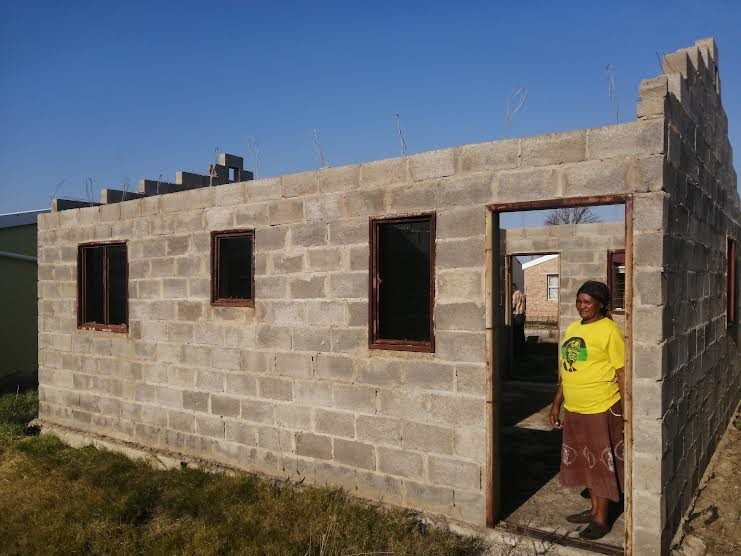 Nobongile Mdunyelwa, 70, is one of those with a defective RDP house.

“Since 2013 my house was left without a roof, doors and windows. I currently stay with my son in a leaking backyard shack. When it rains I have to put out baths and buckets,” she said.

Siyabonga Mdondi, provincial Human Settlements spokesperson confirmed that the province had taken over the project from the municipality in 2011/12. “Due to slow progress, the contractor never finished the project on time.”

He said the department had asked the municipality to do an audit “to determine what needs to be done in order to complete the unfinished projects”. Once this is been completed, he said, a bid document would be compiled and a new contractor would be appointed by the department.

Next:  Questions raised over sale of public park in Louis Trichardt