Completed in 2014, this police station has never been used

A new police station in Moeka Village north of Pretoria is standing empty while the community struggles with crime.

When the construction of Moeka-Vuma police station in the North West’s Moretele District Municipality started in 2013, the community hoped that the crime rate in the area would decline.

But the police station, which was completed in 2014, has never been used. The paint on the walls is peeling off. Some of the windows are broken and weeds are growing on the pavement.

The village’s Community Policing Forum (CPF) chairperson Abel Kubai (69) says the most common crimes in the village are house break-ins, robberies and assaults. “I work very closely with the police, and I can tell you that we wouldn’t be having this challenge of crime in our community if Moeka-Vuma police station was working,” Kubai said.

“Early this year my family and I were robbed at gunpoint at home by thugs who made away with around R2,000 and four cellphones,” he said.

Kubai said he was concerned that residents had resorted to taking the law into their own hands. “People are starting to lose faith in the police. Recently five alleged criminals were locked inside a car they were travelling in and then set alight. Four of them died, while we are told the other one is recovering in hospital”.

“Like everybody in this community I am troubled by the high level of crime, but I am totally against mob justice. I believe they could have been saved if the police responded on time” he said.

Moeka Village and the neighbouring villages of Ratsiepane and Ga-Motla, in North West, are served by Temba police station, 30 kilometres away in Hammanskraal, which is in Gauteng.

Kubai said residents took a long time to get to the police station to report crime and the distance also contributed to the slow response by police.

Another resident who has first-hand experience of crime in the village is Abel Molaba, who has a gunshot scar on the heel from a wound sustained during a robbery at his home in March.

Glancing at the bullet hole in the front door of his house, Molaba said he was still haunted by the memory of the night the robbers broke in.

“They demanded money and ransacked the house before fleeing with our cellphones and money. Five bullets were shot. Luckily only one hit me. They also hit me with a blunt object on the head. I don’t know how I survived,” Molaba said.

With help from neighbours he called the police but when they took too long to arrive he went to Temba police station where he was told to sign a form and then go to hospital.

“They said they would come to hospital but they never came. The incident took place in March this year and I am still waiting for an update on the case to this day,” he said.

Molaba, who runs a fruit and vegetable shop not far away from his home, lives with his wife, daughter and elderly mother, who were also there during the robbery.

“The incident took place in front of my family and you can imagine how traumatising that experience was for everybody in the house. My daughter was crying, thinking I was dead” he said.

Molaba also believes the level of crime in the village would be lower if the police station was operational. 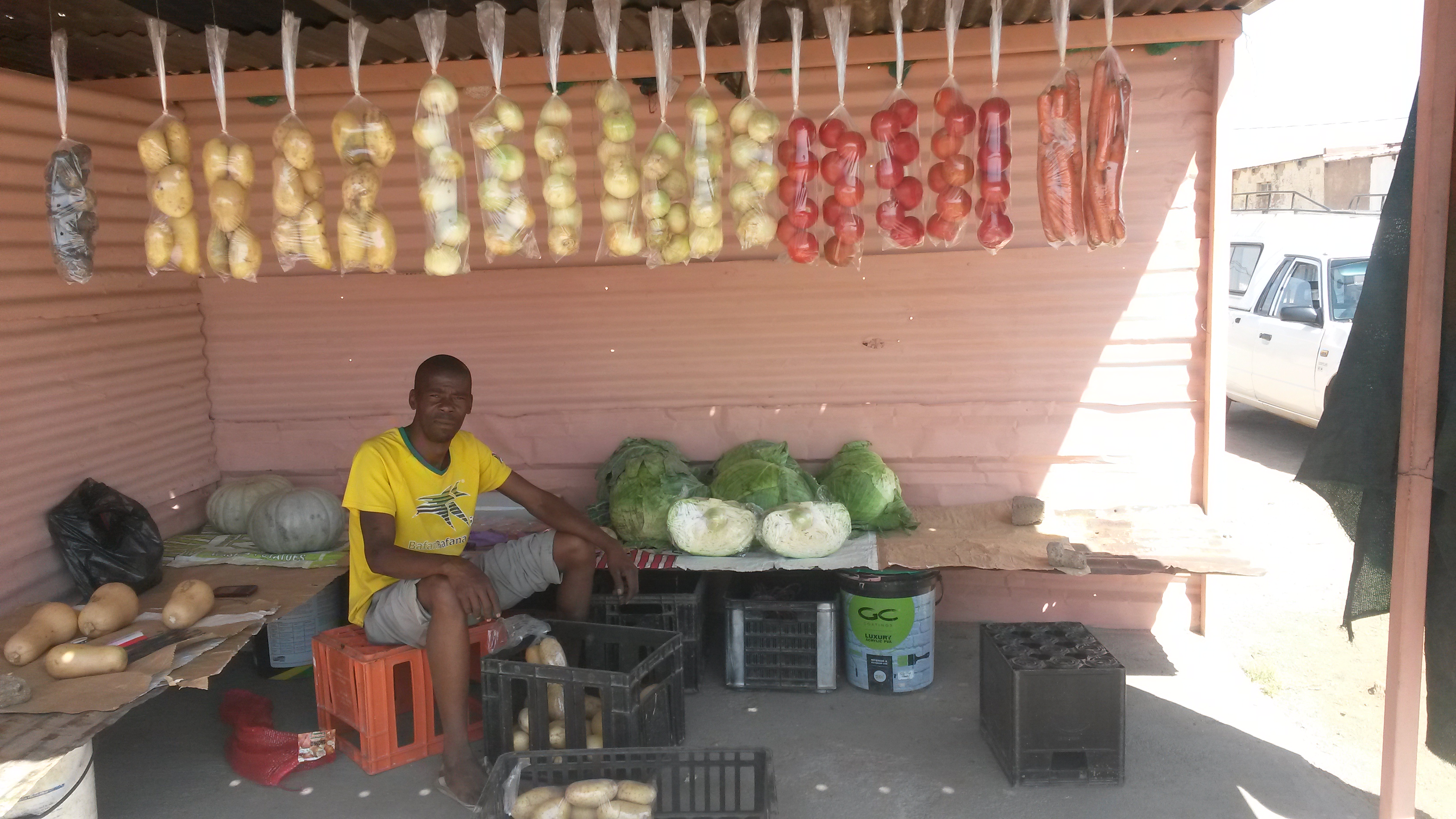 Abel Molaba was shot and robbed in his home. Photo: Sana Mabena

During his department’s budget vote speech for the 2019-20 financial year in July, North West MEC for Community Safety and Transport Sello Lehare cited poor workmanship by the contractor as the reason why Moeka–Vuma police station was not working.

According to Moeka resident and former Moretele Municipality councillor Peter Makhudu, the reason why the police station is not working after so many years is that something went wrong with the construction of the project.

“The usual response you get when you enquire about Moeka-Vuma police station at Moretele Municipality is that the enquiry is noted and that it will be referred to the relevant people”. 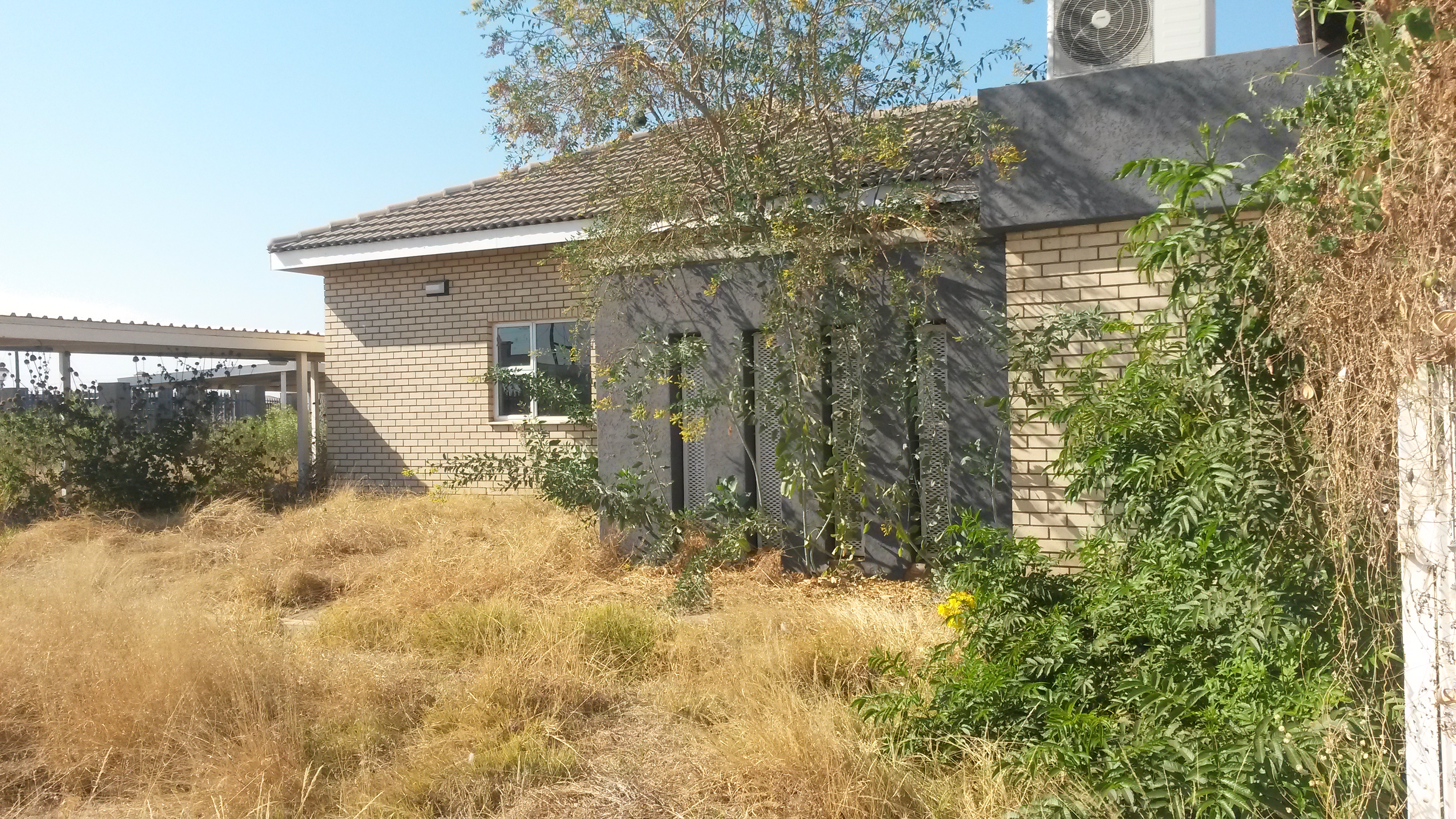 Attempts to get comment from the North West Department of Community Safety and Transport were unsuccessful. Spokesperson Freddy Sepeng agreed to an interview last Friday and asked us to call back, but has not answered calls since then.

We sent Mokgwabone the following questions on 16 September:

Mokgwabone responded the same day: “Kindly be informed that your enquiry has been referred to Head Office - Brigadier Vish Naidoo for further handling.”

We have not yet received a response from Naidoo.

Next:  Kirkwood residents fume while municipality and province blame each other for lack of housing

Previous:  Coal mine next to game reserve faces legal challenge