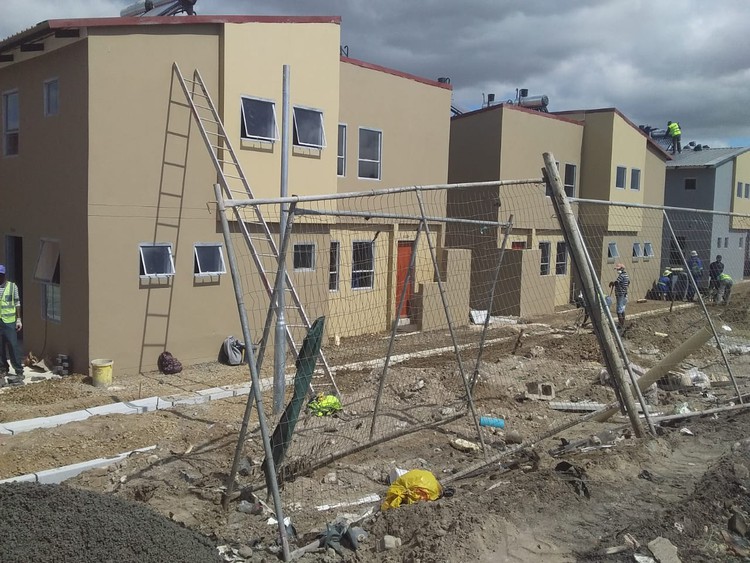 The City of Cape Town has proposed changes to its 2015 Allocation Policy for Housing Opportunities. Public comments close on 21 July. Photo: Mary-Anne Gontsana

People with a record of “anti-social behaviour” could soon be disqualified from City of Cape Town-owned housing opportunities. This will be enforced as one of several proposed amendments to the City’s 2015 Allocation Policy for Housing Opportunities.

Mayco Member for Human Settlements Malusi Booi said that the proposal to consider whether prospective tenants have “anti-social behaviour” would only apply to its rental units and not the state subsidised Breaking New Ground houses formerly known as RDP houses.

“There must be checks and balances. Not only for the City as a landlord but also for the community of tenants, their safety and wellbeing must also be considered,” said Booi.

The City defines “anti-social behaviour” to include anyone “acting in a manner that causes or is likely to cause harassment, alarm or distress to one or more persons including alcohol abuse, drug and substance misuse and dealing, possession of drugs, illegal possession of firearms, intimidation, harassment, gangsterism, vandalism, abuse and sexual harassment,” it said.

According to the City, these measures will help “expedite certain decision-making processes and further enhance allocation fairness and transparency”.

Activist organisation, Ndifuna Ukwazi (NU), has voiced concern with the draft policy, arguing that some changes are unconstitutional, vague and do not allow for much transparency in the housing allocation process.

NU said that the City’s definition of “anti-social behaviour” is too broad and vague. It also pointed out that it was unclear how these records of anti-social behaviour would be kept, or whether neighbourly disputes or allegations would count as harassment.

“The vague use of anti-social behaviour will give public officials too much discretion in disqualifying people from housing opportunities. This amendment is a potentially unconstitutional limitation of the right to access adequate housing,” the organisation said.

In response Booi said the City would consider NU’s concerns along with other members of the public who have until 21 July to comment.

“Once this policy has been approved by Council, internal Standard Operating Procedures will be drafted, detailing the procedures officials have to follow to implement the policy principles.

“In addition, the policy has made provision for an appeal process with regard to any allocation dispute. The City will follow all due processes. Anti-social behaviour will be tested against the law and legal prescripts of South Africa,” said Booi.

In 2019, the Western Cape provincial government released a circular which states that municipalities must prioritise people over the age of 30 for housing projects. This has been included in the draft policy.

But NU believes that implementing this circular was likely to have a negative impact not only on the beneficiaries involved but also on racial, income, spatial and gender inequalities, as the demographics of the City are heavily skewed towards the youth. It is also not clear how this prioritisation will be brought into effect.

To which Booi said, “Households which are headed by the middle-aged and elderly will continue to be prioritised, as is currently the case.”