Protest against high impounding fees and long wait for permits 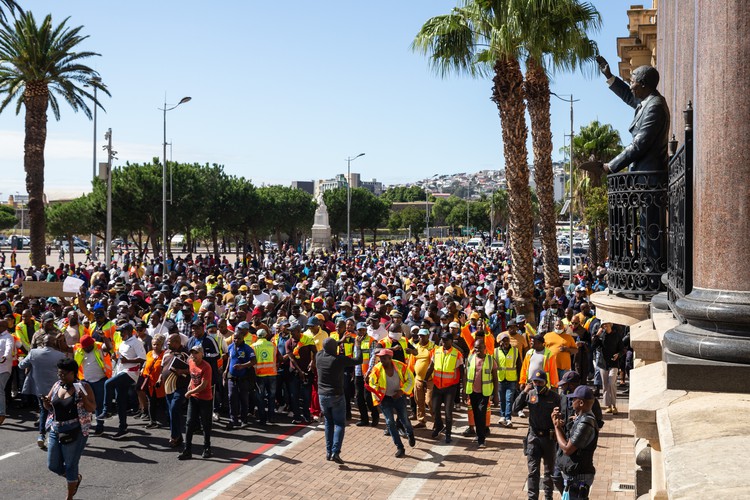 Taxi drivers and owners brought Cape Town’s city centre to a standstill on Thursday as a large convoy of minibus taxis from Khayelitsha, along the N2, to the Western Cape Legislature.

They also threatened to take the Western Cape government to court if their taxis are continuously impounded.

Meanwhile, many commuters were left stranded on Thursday morning. For example, a worker at GroundUp’s office left her home in Khayelitsha at 6:30am and only reached our Rondebosch office at 10am.

The associations accuse the Western Cape government of refusing to process and issue permits timeously, but being quick to impound vehicles operating without a permit.

According to CATA’s General Secretary Mandla Hermanus, when a taxi is impounded for the first time, the owner has to pay a R7,500 release fee.

Hermanus estimated that around 2,000 taxi operators participated in the march and was adamant that they were peaceful and without incidents.

But earlier on Thursday morning, at least three Golden Arrow buses were set alight, others stoned and four people were injured. Several other vehicles were also damaged during the protest. 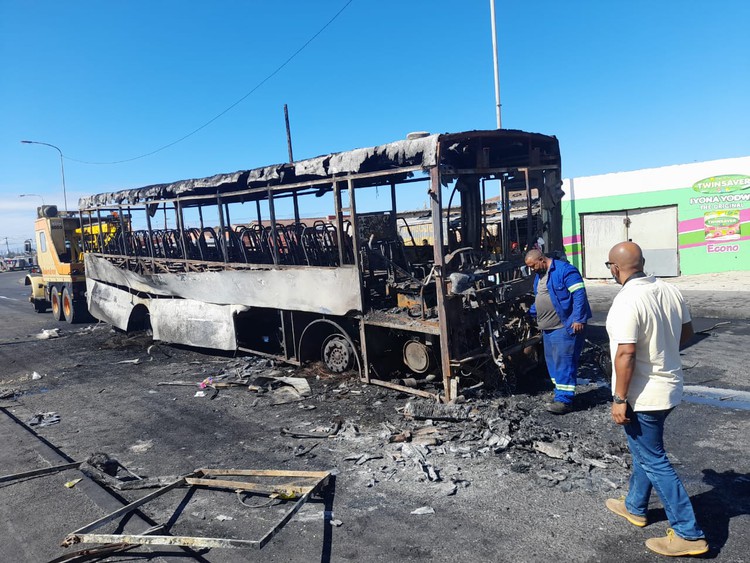 Golden Arrow buses were stoned and set alight in Nyanga Klipfontein Road. People inside had to jump out the windows to escape. Photo: Nombulelo Damba-Hendrik

Golden Arrow spokesperson Browne Dyke-Beyek said the incidents appear to be linked to the taxi protest. She said buses were attacked in Nyanga, Philippi East and Kraaifontein.

Nyanga resident Bongeka Pike said she was a few meters from where one of the buses was stopped by a group of about five men. “I was going to take the same bus. Those guys came between the shacks and started throwing stones and ordering the driver to stop. People started screaming, rushing out of the bus while others were jumping through the windows,” she said.

Pike said the bus was then petrol bombed while people were watching. “Those men ran back to the shacks,” she said. 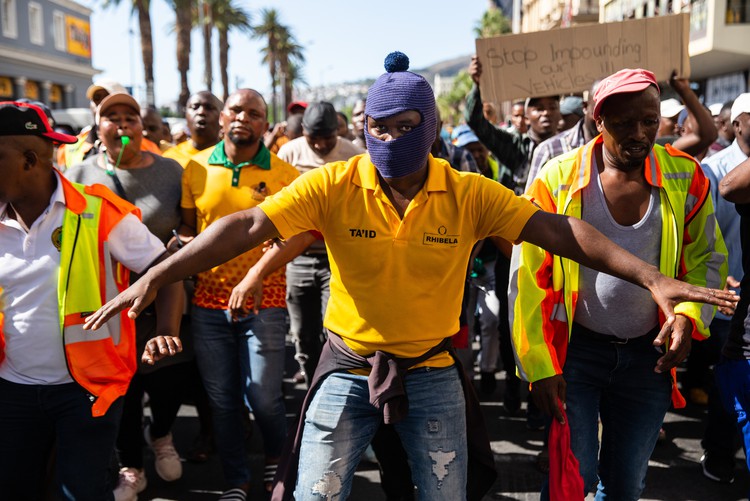 The taxi associations are threatening to take the Western Cape government to court if their taxis are continuously impounded. Photo: Ashraf Hendricks

Warrant Officer Joseph Swartbooi said incidents of violence were being investigated, but arrests are yet to be made.

CODETA secretary Nceba Enge accused the Western Cape government of not taking the taxi industry seriously. “We do not understand why in the Western Cape we are not treated like other provinces. In Eastern Cape when a vehicle is impounded the first fine is R2,000 but here it’s three times that amount. And that is not fair,” he said.

President of CODETA’s women’s forum, Nelly Tom, said: “I will use my situation as an example. I applied for a permit. Then I was told to wait for 180 days. In those days I could not park the taxi at home because I had a R17,000 monthly installment fee to pay. The taxi was impounded twice. I had to make a loan to pay for it. As I speak now I’m sinking in debt.”

When taxi drivers arrived at Premier Winde’s office, they were told that he was not available to accept their memo but an official from his office would come down. This angered protesters.

Taxi drivers first refused to hand over their memo to the first official but could not give proper reasons why. Andre Joemat from the Premier’s Office then came to accept the memo.

Hermanus said the associations will go to court unless their demands are met within seven days.

The City’s Mayco Member for Safety and Security JP Smith said that one of the complaints by the taxi drivers is that they are harassed by law enforcement staff. But Smith said the City is overrun by complaints about the behaviour of taxi drivers. “Our staff are duty-bound to enforce the law,” he said.

Police continued to monitor the procession as they made their way out of the city centre on Thursday afternoon. 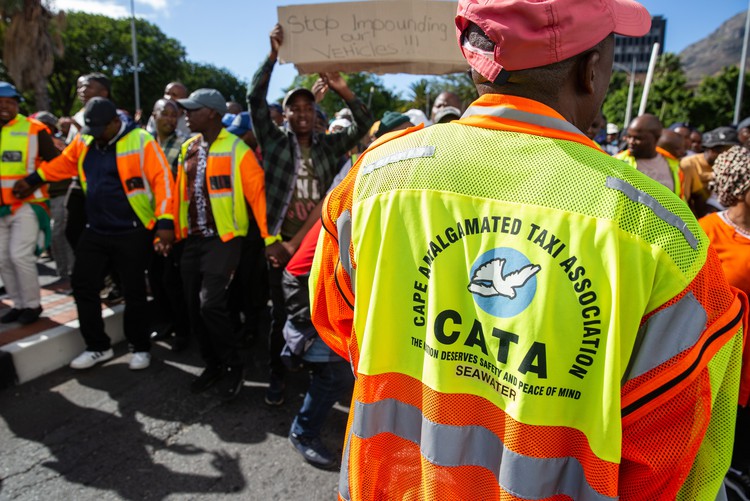