SANDF refuses to re-accommodate immigrants it evicted in Marievale

“They want to break my family apart,” says evictee 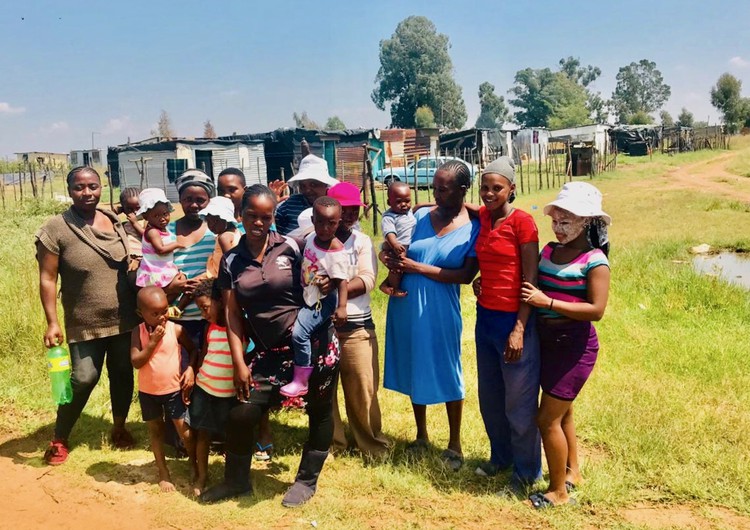 After prolonged court proceedings, on 1 February 2019 the Pretoria High court dismissed an appeal by the South African National Defence Force (SANDF) and ordered it to re-accommodate people it had unlawfully evicted. Now the SANDF is refusing to accept dozens of people who have foreign passports. In the photo are some of these evictees. Photo: Kimberly Mutandiro

Among the many residents who were unlawfully evicted from Marievale Military base by the South African National Defence Force (SANDF) in November 2017 are a large number of people from Lesotho, Mozambique and Zimbabwe.

After prolonged court proceedings, on 1 February 2019 the Pretoria High court dismissed an appeal by the SANDF and ordered it to re-accommodate the evictees. Now the SANDF is refusing to accept evictees with foreign passports.

Chris Koitsoei from Happiness Village, where many families built shacks not far from their old houses after the eviction, said, “We went to the base several times to negotiate on behalf of foreign nationals. Military police at the gate said they are under strict instructions to accept RSA documents as identity, nothing more. When we asked them if they were complying with the court order they said they are only following instructions.”

Dozens of people with foreign passports were turned away last week when they went to register at Marievale.

Dorothy Lekhoaba is a South African, but her husband has a Lesotho passport. “The SANDF officials said l will be accommodated but there is no place for my husband because he has a passport. This means that they want to break my family apart.”

Lekhoaba and her husband had been living in Marievale since 2009.

Gracinda Mazivi is one of a number of Mozambican nationals turned away. A single mother with four children, she was evicted from her home at Marievale Military base, where she had lived for six years and run a tuckshop. She has been in and out of court with the other evictees from day one. But when she went to register, the SANDF turned her away.

Thebogo Letshega from Lesotho, who lives with her two children in a shack in Happiness Village, said, “The court ordered that everyone should be accommodated. Why are we being discriminated against because we do not have [SA] IDs? It is unfair.”

Also turned away was Mano Lebona, who has had a Lesotho Special Permit since 2016. “l was surprised when they turned me away. The father of my child is a South African citizen,” she said.

Thandeka Chauke from Lawyers for Human Rights (LHR) said, “The foreign nationals are equally entitled to the relief granted in the court order and should not be discriminated against.” Chauke said the SANDF has not given any rational explanation for why it is rejecting people with foreign passports.

Lieutenant Kennel Ngobane from the SANDF media office said that the Marievale matter was being handled by the SANDF’s legal department, which was not available for comment.