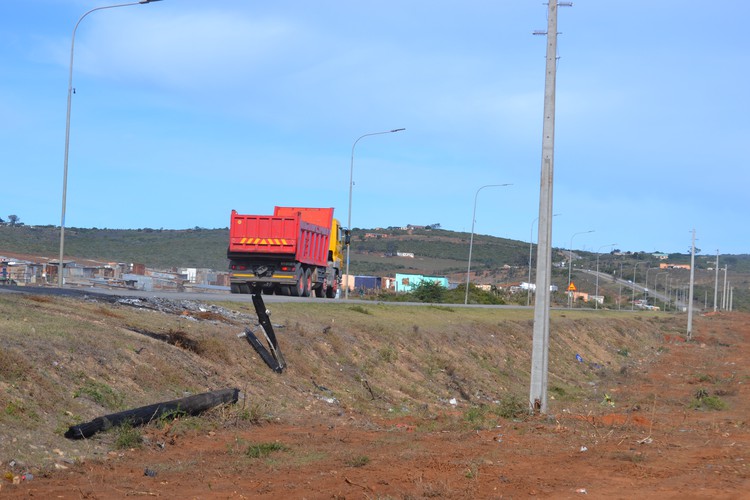 Some of the charred wooden electricity poles that were set alight by protesting residents in Kariega are being replaced. The protesters were demanding electrification of their shacks in Area 11. Photo: Thamsanqa Mbovane

Nelson Mandela Bay Mayor Nqaba Bhanga is expected to visit the community of Area 11 in Kariega this week to calm ongoing protests over electrification of shacks.

The protesters are demanding electricity for 3,000 shacks. They also want to be assigned erf numbers to replace the Area Phase (AP) numbers written on the sides of their shacks.

Police Captain Andre Beegte on Saturday said that a truck that was also torched has been removed from Rocklands Road. He said the “situation is still tense and police are patrolling the road between Kariega and Gqeberha”.

Area 11 community leaders were upset that Bhanga had not attended a meeting on 26 May to discuss the relocation of shack dwellers from the densely populated settlement. The meeting was called after shack dwellers stopped the electrification of temporary houses last week.