Our lives have changed for the better, say land occupiers

Former Khayelitsha backyarders say their financial problems have been eased, but councillor warns that land is unsuitable for living

Former backyarders say their lives have taken a turn for the better since they moved onto municipal land in Ndlovini informal settlement, Khayelitsha.

All they want now, said the land occupiers, is basic services.

“The land has been illegally invaded, and it continues to be viewed as an illegal settlement on a nature reserve,” he said.

Sithembele Thabatha, 46, said he and his wife used to rent a backyard shack in Harare, where he paid R450 a month for rent and R100 for electricity. He works as a polisher at a furniture company in Lansdowne.

“We had difficulty paying rent and supporting my family on my monthly salary, so we made a decision to join other residents who were leaving their rented backyard shacks to build shacks here.”

Now, said Thabatha, he lives in his own shack without paying rent and can afford to take a taxi to work, instead of a train.

“Our lives have changed. We no longer stress about rent when the month draws to a close,” he said.

“Now I travel by taxi to work and no longer get into trouble with my boss for coming late,” said Thabatha.

“Because I no longer have to borrow money for rent, I don’t have debts.”

He and his wife use a candle to light their new shack and a paraffin stove to cook, he said.

“My baby screams once we extinguish the candle at night because she is scared of darkness. We would be happy if the City could install electricity boxes in our shacks, and put up flush toilets and communal water taps close by,” said Thabatha.

At the moment he gets water from communal taps far from his shack.

Thabatha said the residents were vulnerable to criminals because there are no lights on the land.

“Criminals break into our shacks and steal our belongings as soon as we head for work in the morning. They take advantage of our not knowing each other and failure to look after each other’s properties,” he said.

Taxis drivers dropped residents far away from their homes, he said.

“I sometimes carry a stick to fend off robbers.”

“We try to control the flow of residents into the new informal settlement. We want to know each and every individual who stays here. We show residents where to erect their shacks so they don’t build them haphazardly. We want them to leave space between shacks so that ambulances and fire vehicles can enter the settlement,” Donki said. 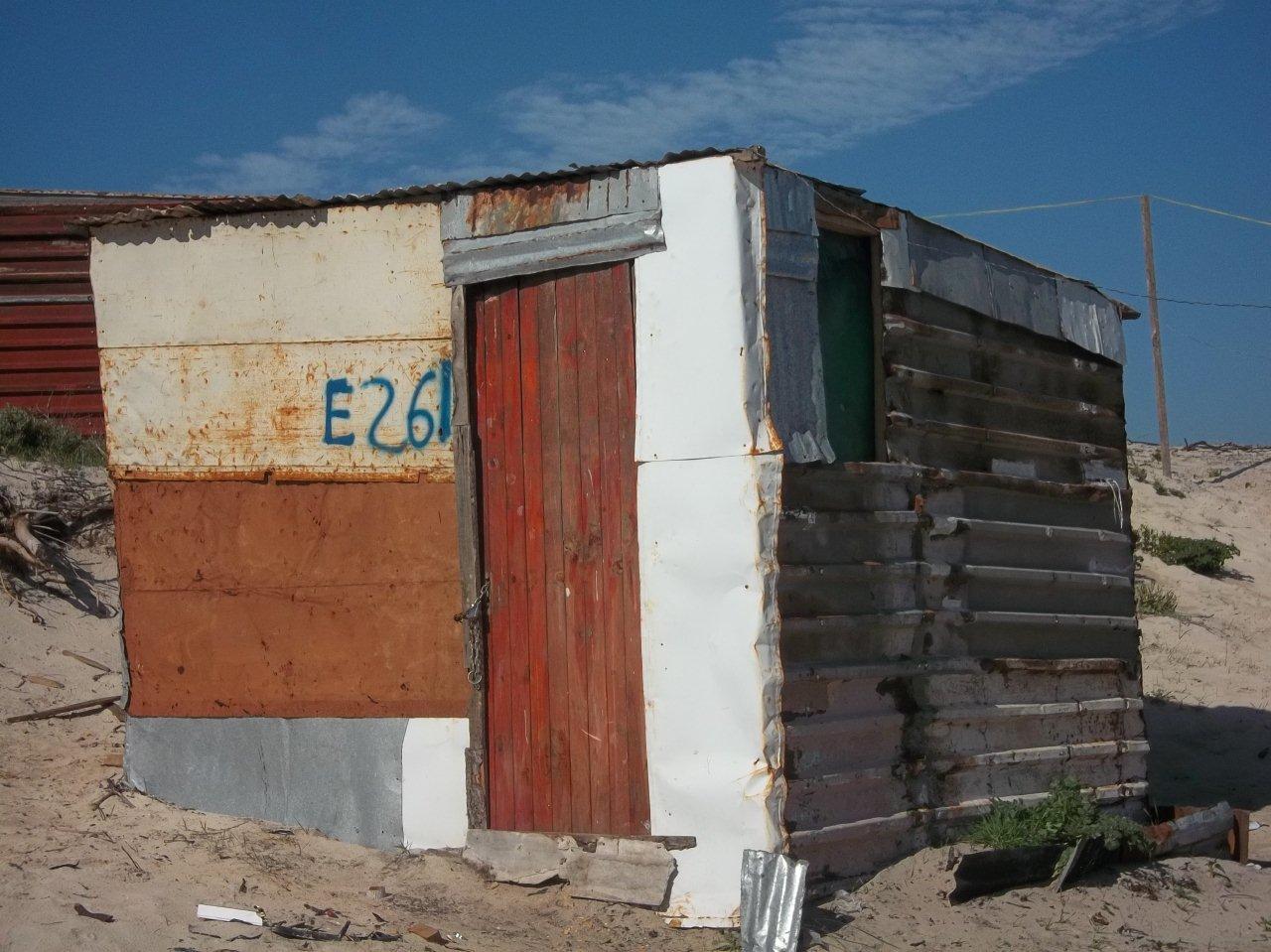 Bekithemba Ntshaba, 29, said his girlfriend, a domestic worker, used to spend R400 a month on rent and R100 on electricity while she rented a backyard shack in Ndlovini. He works part time as a construction worker.

He put up a shack on the land in November last year, but City Law Enforcement demolished it soon afterwards.

“I waited until Law Enforcement stopped demolishing shacks and put my shack up again in February,” he said.

“Since we no longer pay rent, I can send money to my parents in Mount Frere in the Eastern Cape and support my son,” he said.

He is father to a seven-year-old boy.

Ntshaba uses candles at night, a gas stove to cook and a 25 litre container to store water.

“I want the City to allow us to continue to stay here. Give us toilets, water and electricity instead of demolishing our shacks.”

“I rebuilt the shack with damaged materials, so now it allows rain to come in through leaks on the roof.” During heavy rains last month he and his family spent the night at a friend’s place.

“When we returned in the morning, the shack was filled with water and robbers had removed my window.”

Xoliswa Dingiswayo, 40, used to rent a backyard shack for R300 a month. She explained that her financial burden of simultaneously paying rent and supporting her children has been alleviated.

She works as a part-time guard at sports stadiums and has two children.

Since the City has not yet installed toilets in her area, she said, she relieves herself in the nearby bushes.

Asked about instalment of communal water taps, toilets and electricity in the new informal settlement, Diamond said that the land is “not suitable for human habitation” but that the City is “investigating the matter”.